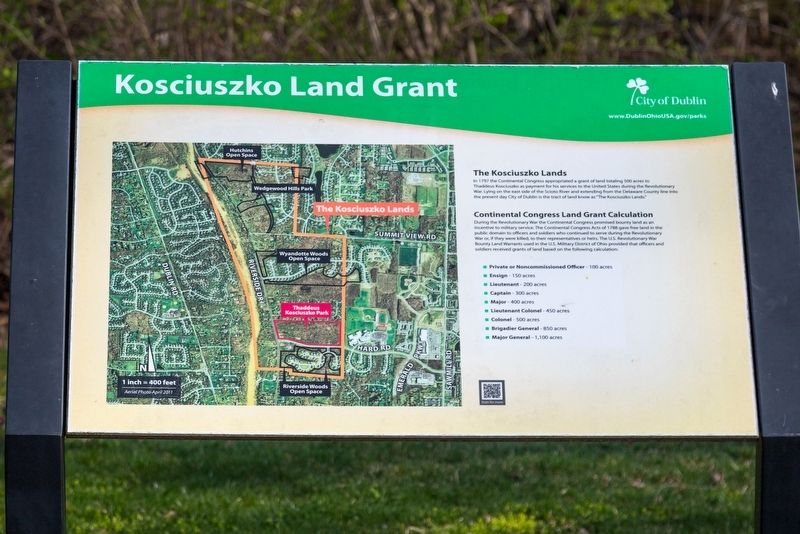 The Kosciuszko Lands. In 1797 the Continental Congress appropriated a grant of land totaling 500 acres to Thaddeus Kosciuszko as payment for his services to the United States during the Revolutionary War. Lying on the east side of the Scioto River and extending from the Delaware County line into the present day City of Dublin is the tract of land known as “The Kosciuszko Lands.”

Erected by the City of Dublin.

Topics. This historical marker is listed in this topic list: War, US Revolutionary. A significant historical year for this entry is 1797.

Location. 40° 7.3′ N, 83° 6.521′ W. Marker is in Dublin, Ohio, in Franklin County. Marker can be reached from the intersection of Hard Road and Riverside Drive (Ohio Route 257). It is in Thaddeus Kosciuszko Park, visible from the Hard Road parking lot. Touch for map. Marker is at or near this postal address: 4497 Hard Rd, Dublin OH 43016, United States of America. Touch for directions.