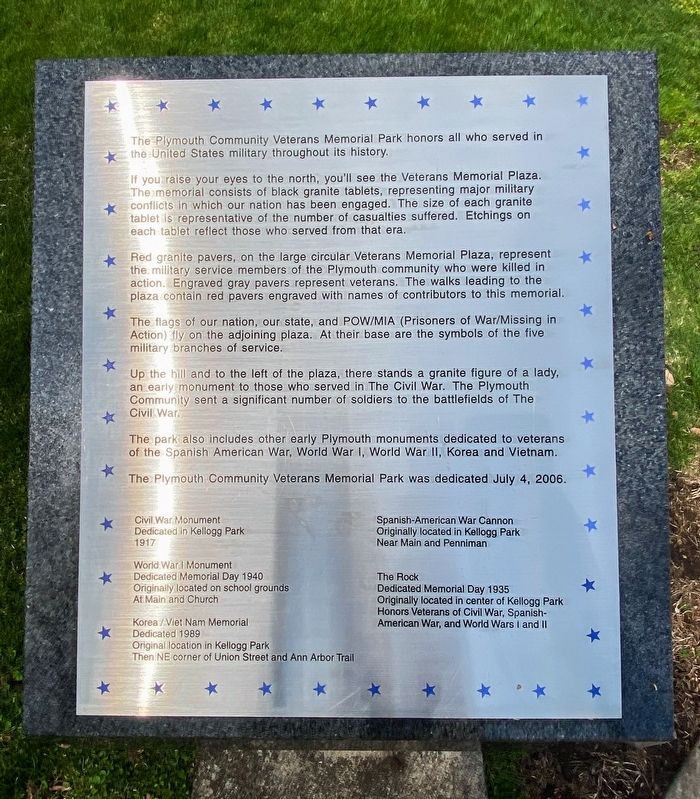 The Plymouth Community Veterans Memorial Park honors all who served in the United States military throughout its history.

If you raise your eyes to the north, you'll see the Veterans Memorial Plaza. The memorial consists of black granite tablets, representing major military conflicts in which our nation has been engaged. The size of each granite tablet is representative of the number of casualties suffered. Etchings on each tablet reflect those who served from that era.

Red granite pavers, on the large circular Veterans Memorial Plaza, represent the military service members of the Plymouth community who were killed in action. Engraved gray pavers represent veterans. The walks leading to the plaza contain red pavers engraved with names of contributors to this memorial.

The flags of our nation, our state, and POW/MIA (Prisoners of War/Missing in Action) fly on the adjoining plaza. At their base are the symbols of the five military branches of service.

Up the hill and to the left of the plaza, there stands a granite figure of a lady, an early monument to those who served in The Civil War. The Plymouth 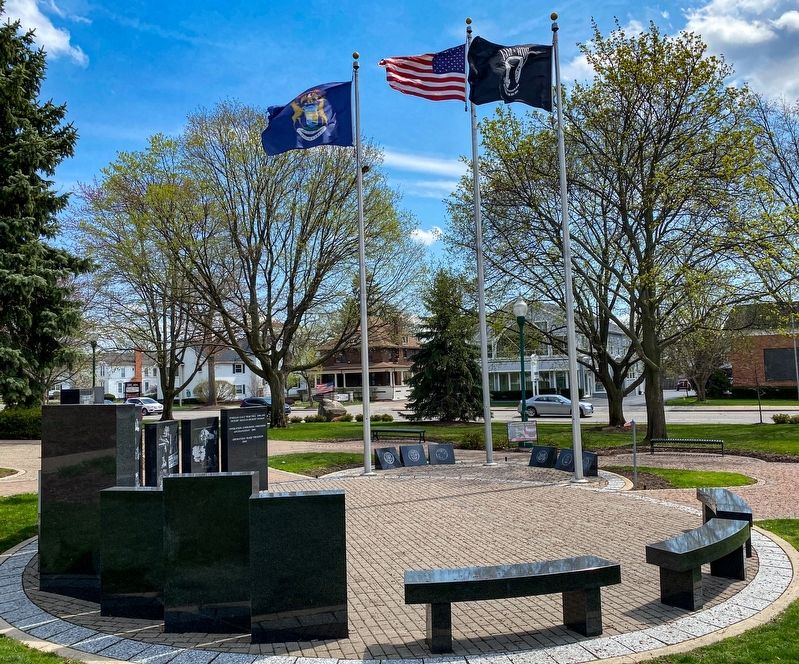 By J.T. Lambrou, April 9, 2021
2. Veterans Memorial Plaza
Seen are the black granite tablets, the flags, the five military branch tablets, and The Rock mentioned on the marker

Click or scan to see
this page online
Community sent a significant number of soldiers to the battlefields of The Civil War. 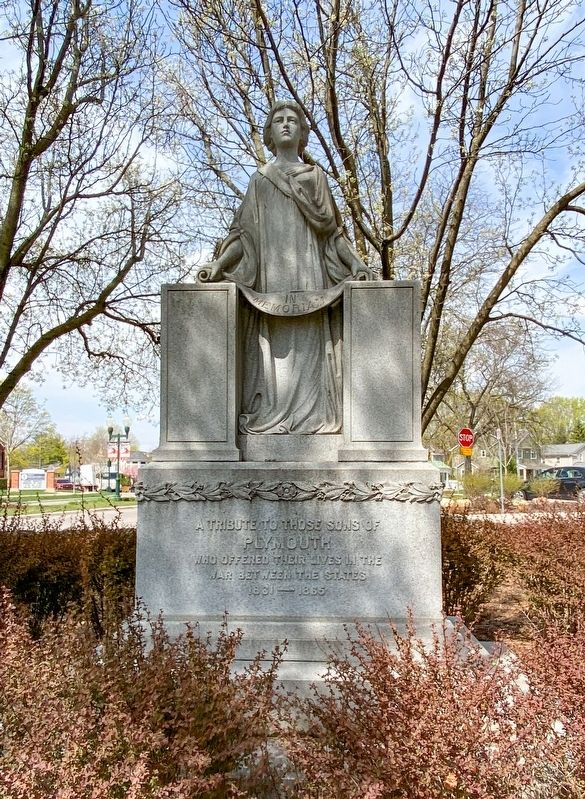 By J.T. Lambrou, April 9, 2021
3. Civil War Monument
A Tribute to Those Sons Of
Plymouth
Who Offered Their Lives In The
War Between The States
1861-1865
is at the intersection of South Main Street and Church Street, on the right when traveling south on South Main Street. Touch for map. Marker is at or near this postal address: 743 Church Street, Plymouth MI 48170, United States of America. Touch for directions. 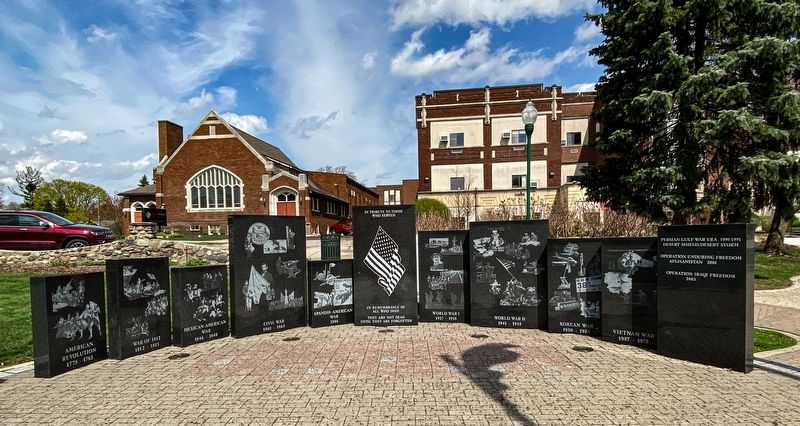 By J.T. Lambrou, April 9, 2021
4. The Conflicts
Show are the eleven granite tablets, their relative sizes representing the Plymouth community lost in action 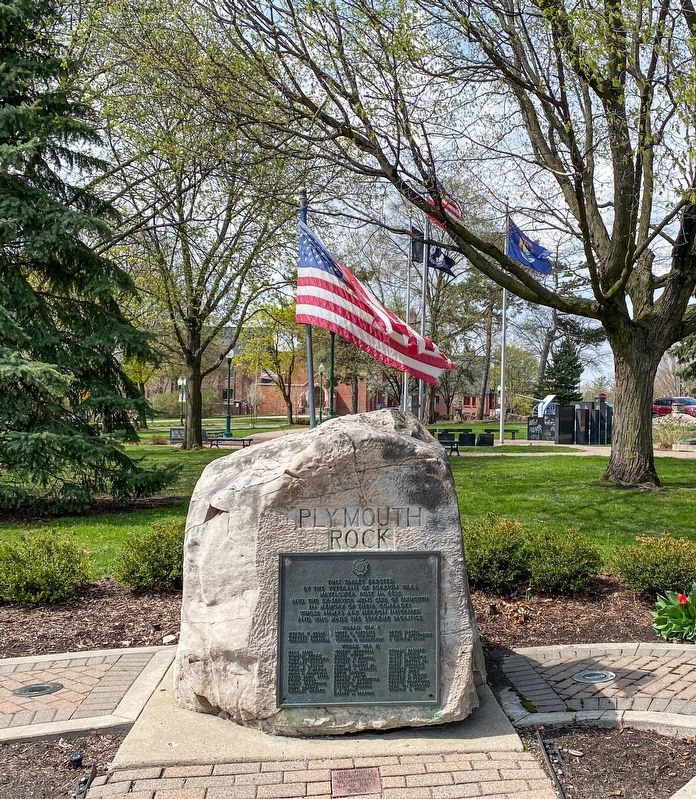