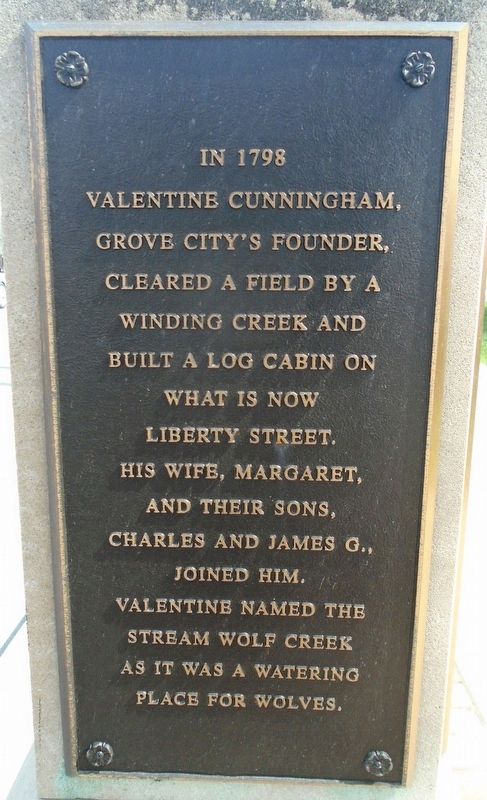 In 1798 Valentine Cunningham, Grove City's founder, cleared a field by a winding creek and built a log cabin on what is now Liberty Street. His wife, Margaret, and their sons, Charles and James G., joined him. Valentine named the stream Wolf Creek as it was a watering place for wolves.
—————————————
Valentine Cunningham built a gristmill in 1799 on the west bank of Wolf Creek, the present site of the Grove City College Athletic Field. Margaret Cunningham, age 25, died in 1800. Valentine, age 30, died in 1806. Both are buried in the Old Presbyterian Cemetery on Greenwood Drive.
—————————————
Founded here in 1876, Grove City College continues its mission to provide a high quality education in a thoroughly Christian environment at an affordable cost. The college praises America's free society and and operates without federal funds to preserve the freedom to follow its mission.

Erected by the Borough of Grove 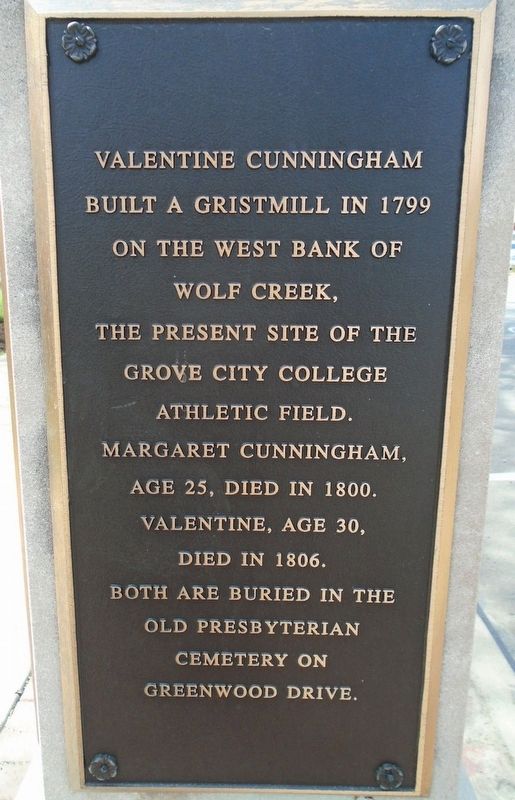 Click or scan to see
this page online
City and Grove City College.

Topics. This historical marker is listed in these topic lists: Education • Industry & Commerce • Settlements & Settlers • Waterways & Vessels. A significant historical year for this entry is 1798.

More about this marker. Marker is one in a series of low sandstone obelisks along South Broad Street (the downtown commercial district) with markers on three sides and a cast Borough of Grove City emblem on the fourth side (facing the street). 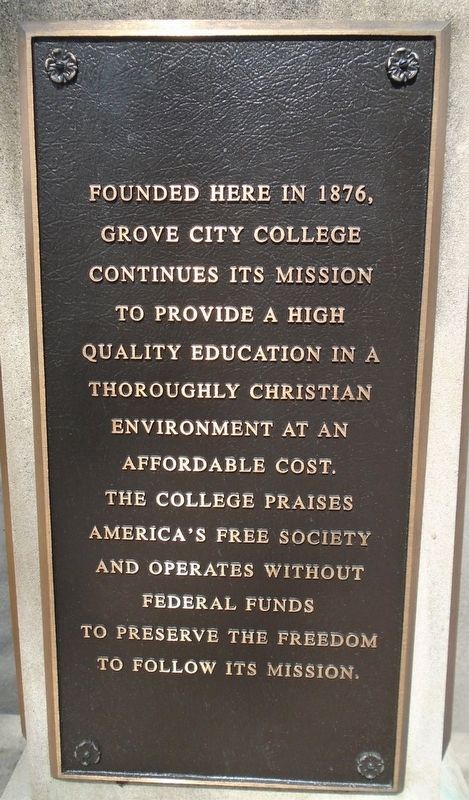 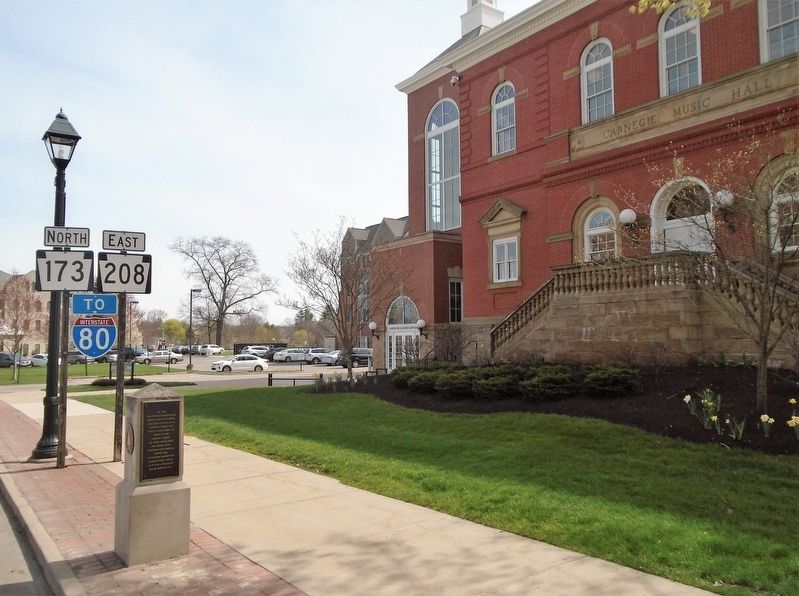 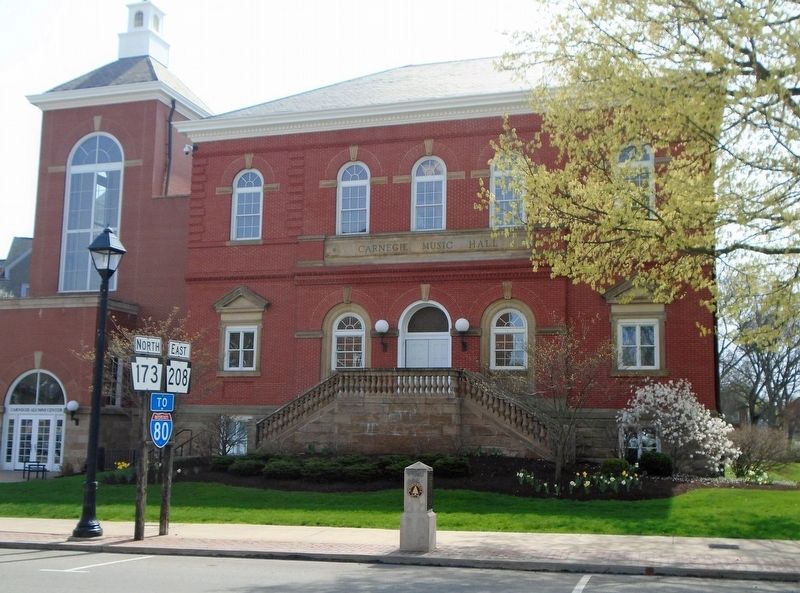