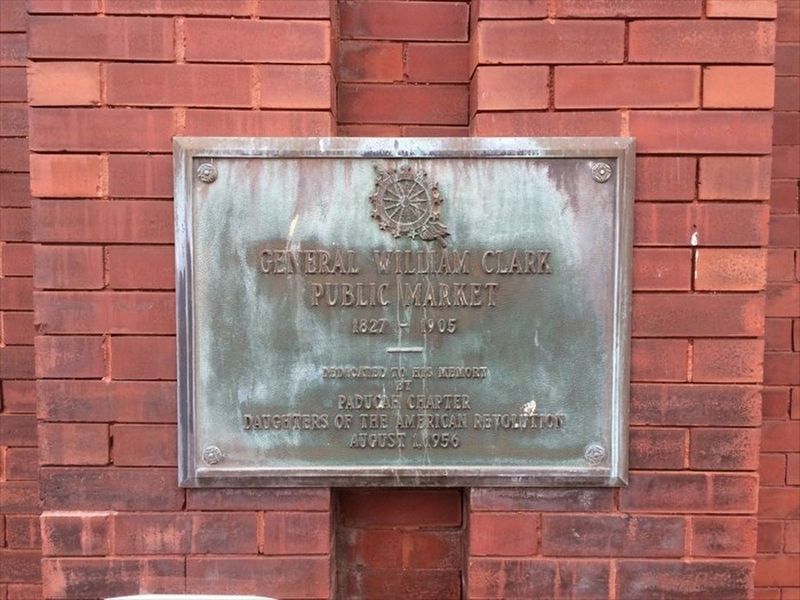 Erected 1956 by Paducah Chapter Daughters of the American Revolution.

Topics and series. This historical marker is listed in these topic lists: Industry & Commerce • Settlements & Settlers. In addition, it is included in the Daughters of the American Revolution series list. A significant historical year for this entry is 1827.

Location. 37° 5.258′ N, 88° 35.737′ W. Marker is in Paducah, Kentucky, in McCracken County. Marker is at the intersection of Broadway Street and South 2nd Street, on the right when traveling north on Broadway Street. Marker is located on the wall of the market. Touch for map. Marker is at or near this postal address: 100 Market House Square, Paducah KY 42001, United States of America. Touch for directions. 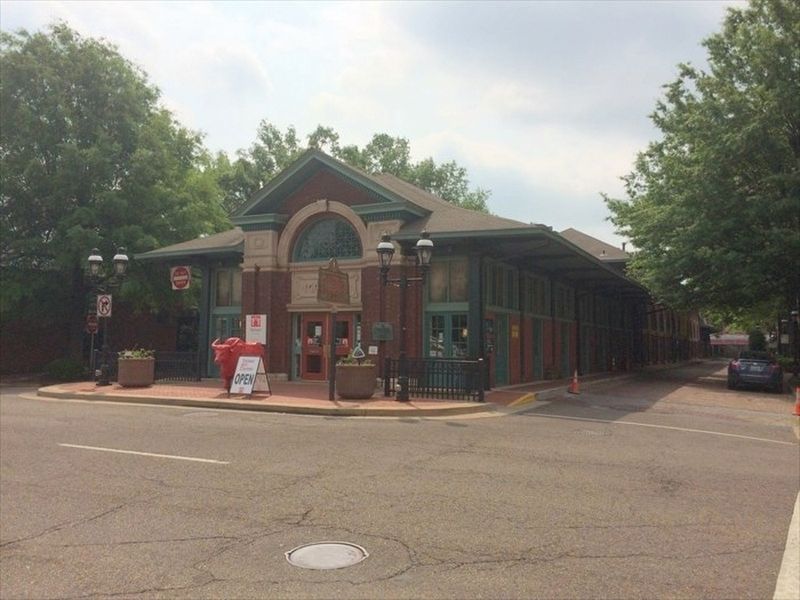 By Tim Fillmon, May 11, 2016
2. General William Clark Public Market Marker located to the right of the front door.

Regarding General William Clark Public Market. In 1827, more than 20 years after returning from his westward journey with Meriwether Lewis, Gen. William Clark came to western Kentucky and purchased 37,000 acres of land for five dollars. The tract included a small village called Pekin. Clark renamed it Paducah and set aside an area near the riverfront for a marketplace. The present Market House, built in 1905, is the third to exist here and is now a cultural center featuring the William Clark Market House Museum, with more than 4,800 square feet of exhibits.

One of the most intriguing is the reconstructed interior of the 1877 List Drugstore, with its oak gingerbread woodwork, stained-glass windows, and patent medicine displays. Other treasures are a life-size carving of U.S. statesman Henry Clay, which was created by a 12-year-old boy; Paducah’s first motorized fire truck (1913 vintage); and the rudder wheel and brass fog bell of the USS Paducah, which served in the two World Wars.

In the Civil War exhibit are a quilt made by Mrs. Robert E. Lee, furniture used by the Lincolns in the White House, and a parlor set used by Gen. Ulysses S. Grant when he occupied Paducah.