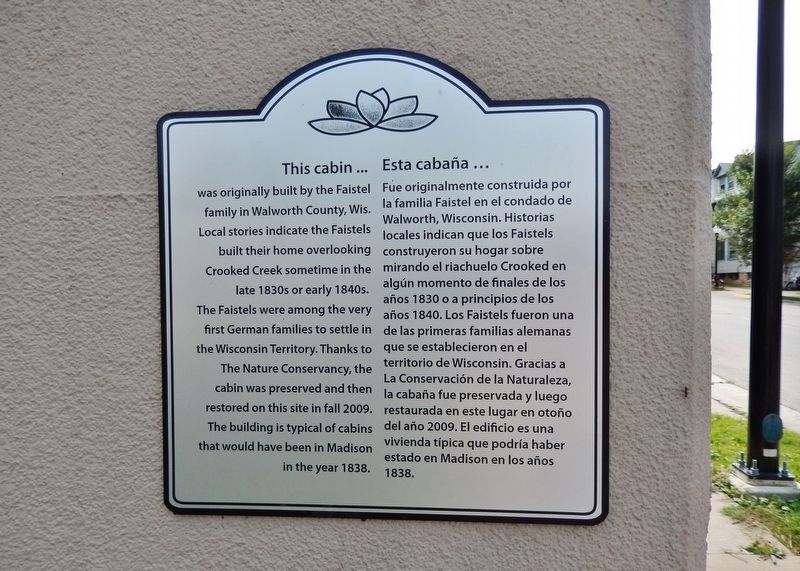 By Cosmos Mariner, August 24, 2016
1. This Cabin... / Esta Cabaña... Marker
Inscription.
, English: , was originally built by the Faistel family in Walworth County, Wis. Local stories indicate the Faistels built their home overlooking Crooked Creek sometime in the late 1830s or early 1840s. The Faistels were among the very first German families to settle in the Wisconsin Territory. Thanks to The Nature Conservancy, the cabin was preserved and then restored on this site in fall 2009. The building is typical of cabins that would have been in Madison in the year 1838., . This historical marker is in Madison in Dane County Wisconsin