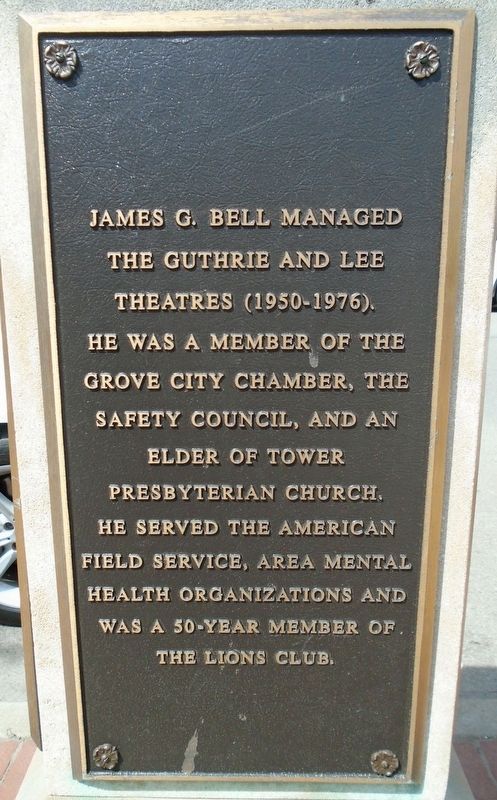 James G. Bell managed the Guthrie and Lee Theaters (1950-1976). He was a member
of the Grove City Chamber, the Safety Council, and an Elder of Tower Presbyterian Church.
He served the American Field Service, area mental health organizations and
was a 50-year member of the Lions Club.
—————————————
This marker is erected in memory of James and Virginia Bell by their children

Erected by the Borough of Grove City and Children of James of Virginia Bell.

Topics. This historical marker is listed in these topic lists: Charity & Public Work • Churches & Religion • Industry & Commerce. A significant historical year for this entry is 1909.

Location. 41° 9.507′ N, 80° 5.202′ W. Marker is in Grove City, Pennsylvania, in Mercer County. Marker is on Broad Street (Pennsylvania Route 208) north of College Avenue, on the right when traveling north. Markers on east face of obelisk. 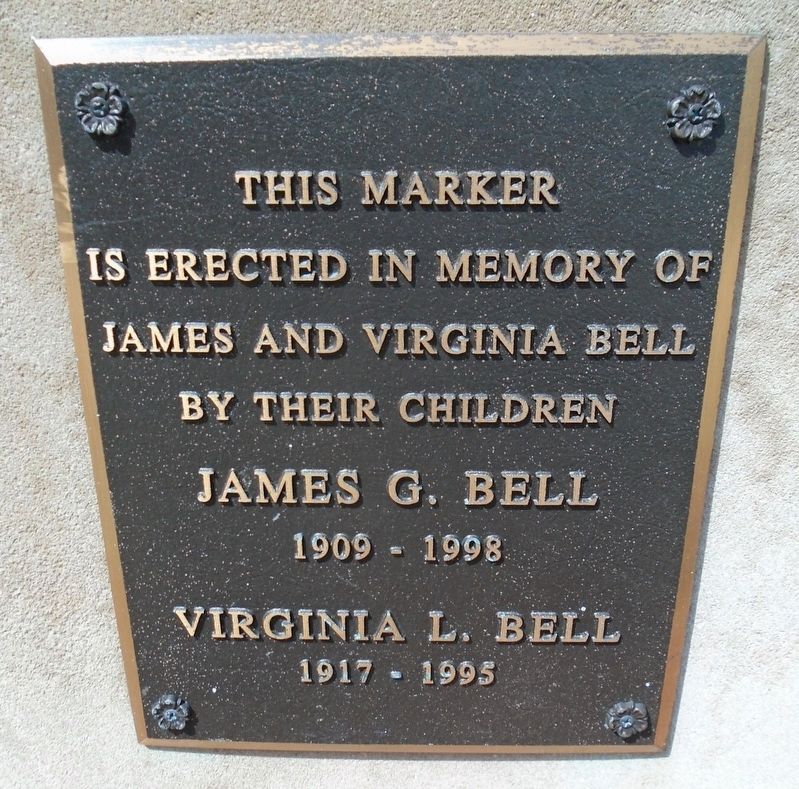 Click or scan to see
this page online
Touch for map. Marker is at or near this postal address: 240 South Broad Street, Grove City, Pennsylvania 16127, Canada. Touch for directions. 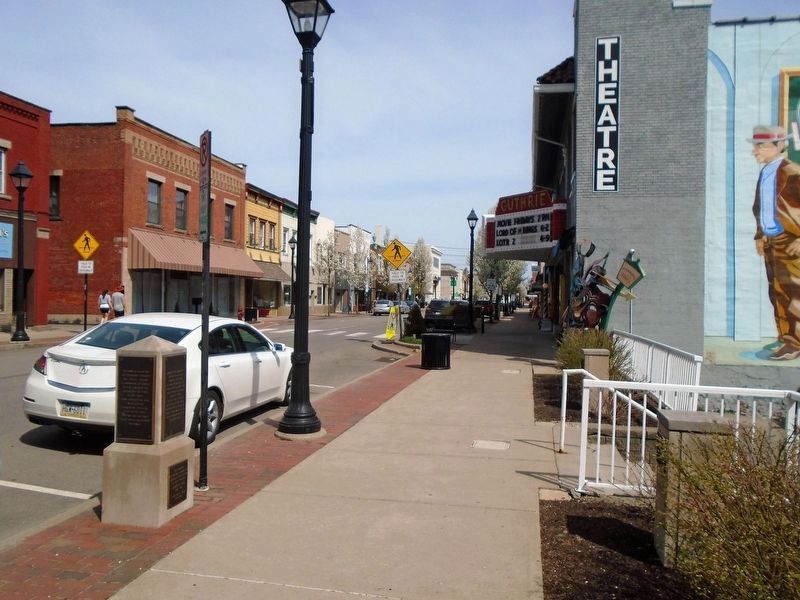