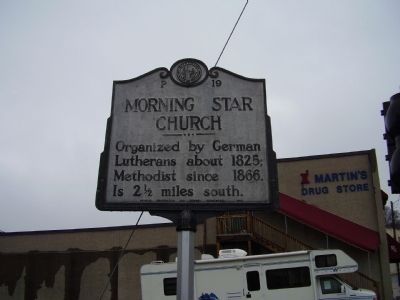 Photographed By Stanley and Terrie Howard, March 14, 2009
1. Morning Star Church Marker
Inscription.
Morning Star Church. . Organized by German Lutherans about 1825; Methodist since 1866. Is 2½ miles south. . This historical marker was erected in 1949 by Archives Conservation and Highway Departments. It is in Canton in Haywood County North Carolina

Topics and series. This historical marker is listed in this topic list: Churches & Religion. In addition, it is included in the North Carolina Division of Archives and History series list. A significant historical year for this entry is 1825.

Location. 35° 31.968′ N, 82° 50.329′ W. Marker is in Canton, North Carolina, in Haywood County. Marker is at the intersection of Park Street and Academy Street on Park Street. Touch for map. Marker is in this post office area: Canton NC 28716, United States of America. Touch for directions. 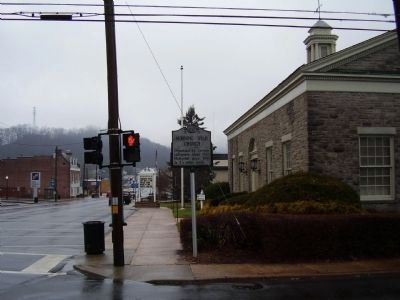 Editor’s want-list for this marker. Pictures of Morning Star Church. • Can you help?
Share this page.