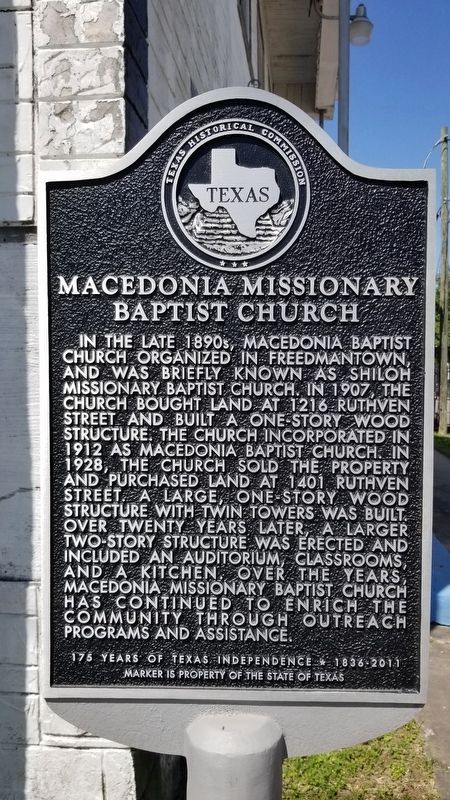 In the late 1890s, Macedonia Baptist Church organized in Freedmantown, and was briefly known as Shiloh Missionary Baptist Church. In 1907, the church bought land at 1216 Ruthven Street and built a one-story wood structure. The church incorporated in 1912 as Macedonia Baptist Church. In 1928, the church sold the property and purchased land at 1401 Ruthven Street. A large, one-story wood structure with twin towers was built. Over twenty years later, a larger two-story structure was erected and included an auditorium, classrooms, and a kitchen. Over the years, Macedonia Missionary Baptist Church has continued to enrich the community through outreach programs and assistance.

Topics. This historical marker is listed in these topic lists: African Americans • Churches & Religion. A significant historical year for this entry is 1907. 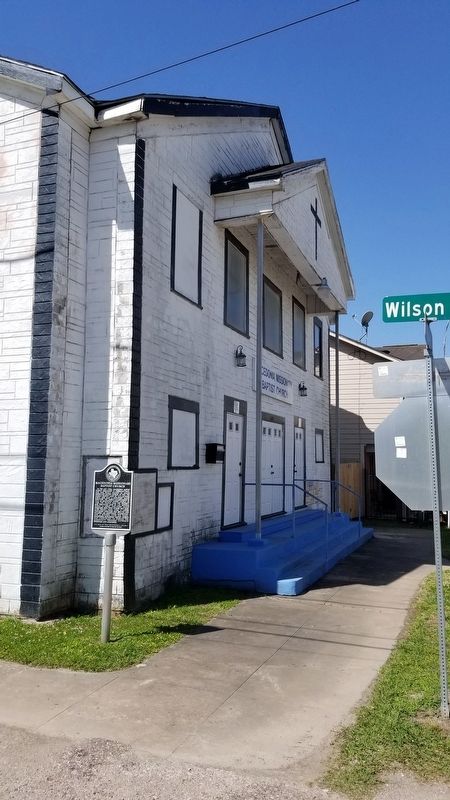 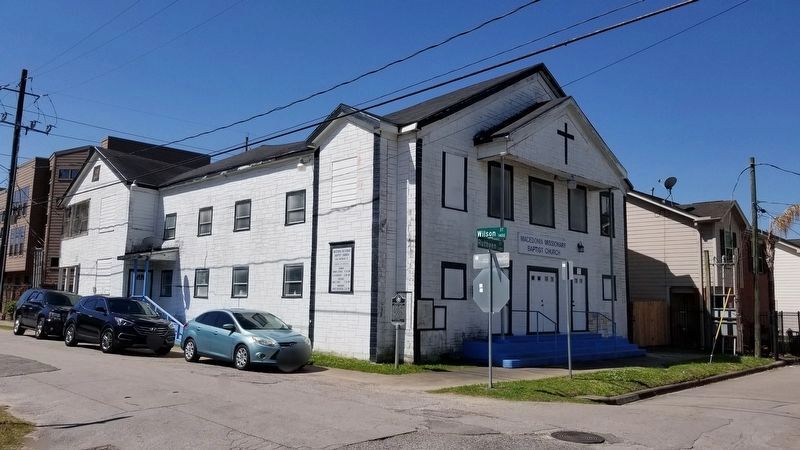