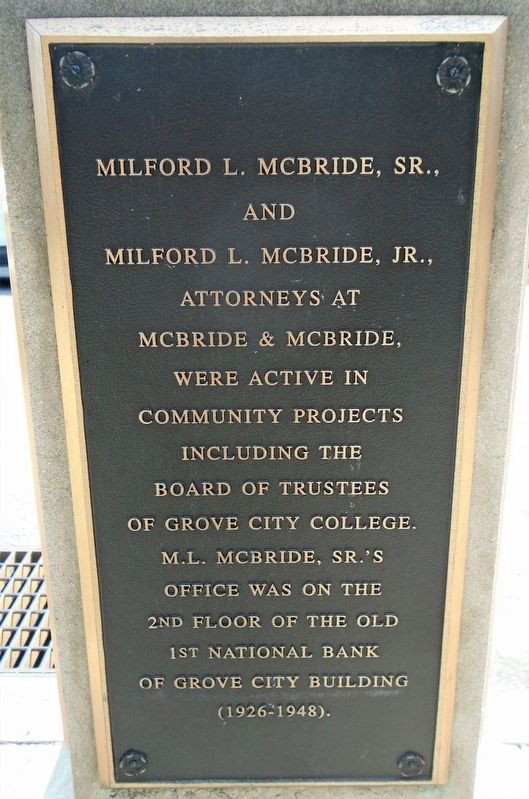 Erected by the Borough of Grove City and Friends of McBride & McBride, Attorneys.

Location. 41° 9.555′ N, 80° 5.201′ W. Marker is in Grove City, Pennsylvania, in Mercer County. Marker is on Broad Street (Pennsylvania Route 208) north of College Avenue, on the left when traveling south. Markers on west face of obelisk. Touch for map. 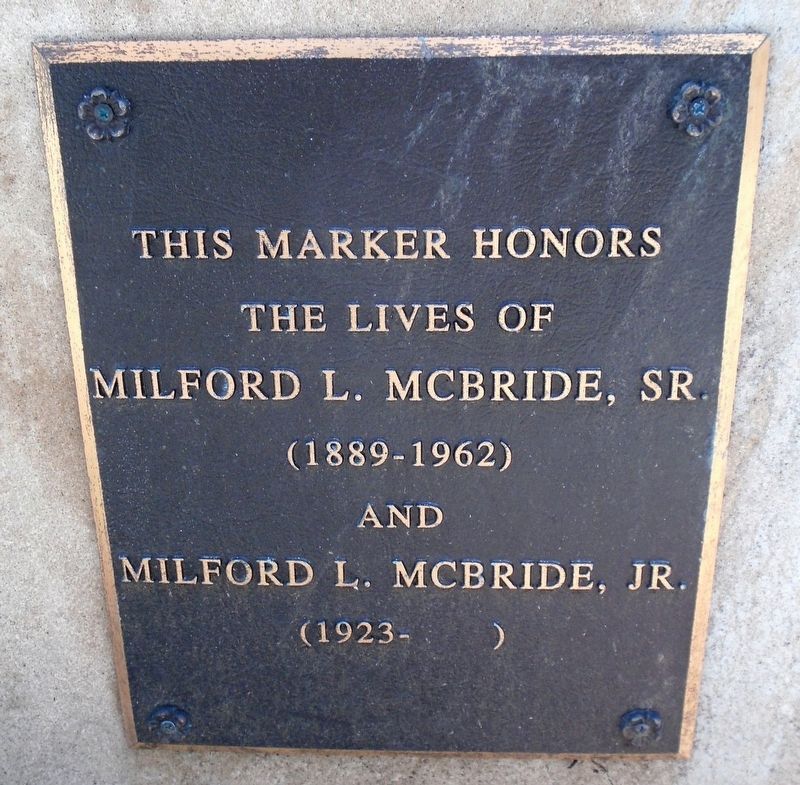 Click or scan to see
this page online
Marker is at or near this postal address: 211 South Broad Street, Grove City PA 16127, United States of America. Touch for directions. 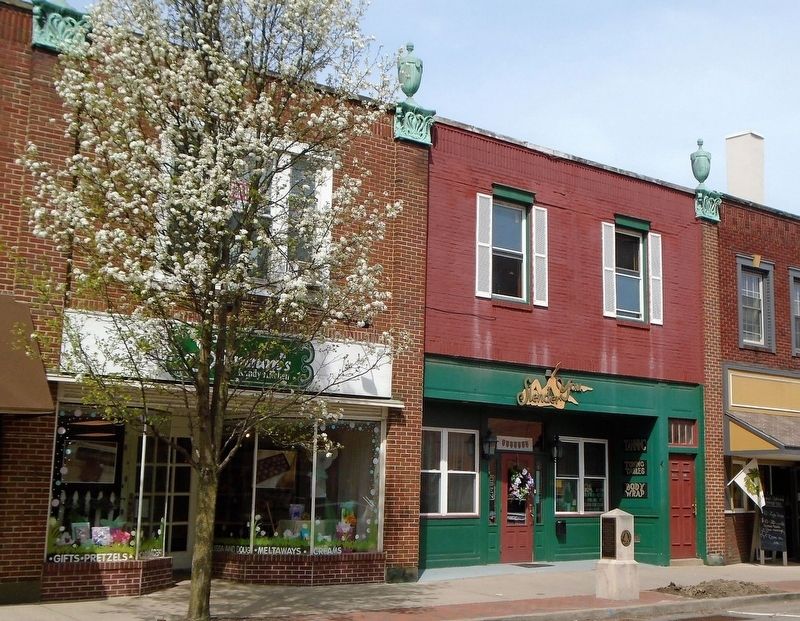