Site of the Home of Mrs. Jane Harris 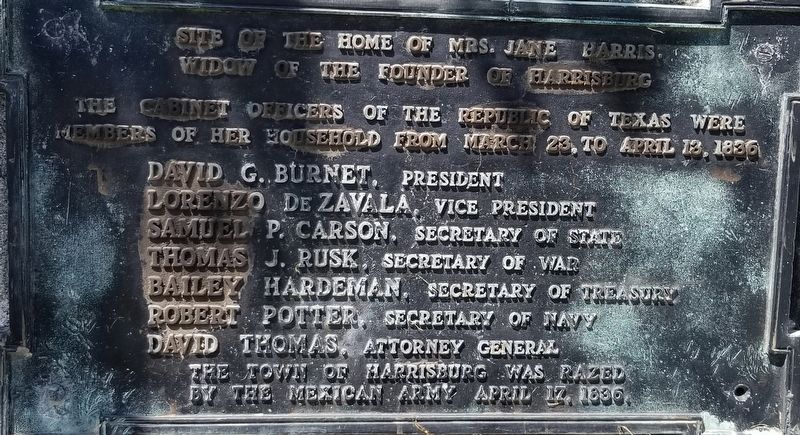 Site of the Home of Mrs. Jane Harris
Widow of the founder of Harrisburg

The Cabinet Officers of the Republic of Texas were members of her household from March 23, to April 13, 1836

The town of Harrisburg was razed by the Mexican Army April 17, 1836.

Topics. This historical marker is listed in this topic list: War, Texas Independence. A significant historical date for this entry is March 23, 1836.

Other nearby markers. At least 8 other markers are within 3 miles of this marker, measured as the crow flies. Buffalo Bayou, Brazos & Colorado Railroad (about 300 feet away, measured in a direct line); Holy Cross Mission (approx. 0.2 miles away); Old Harrisburg 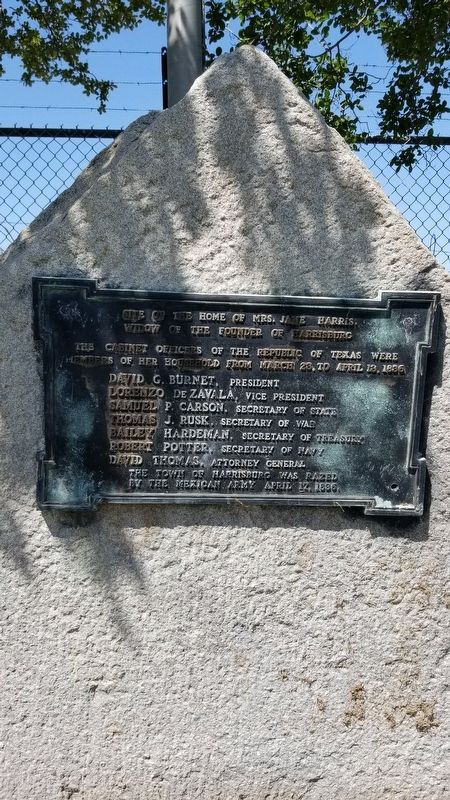 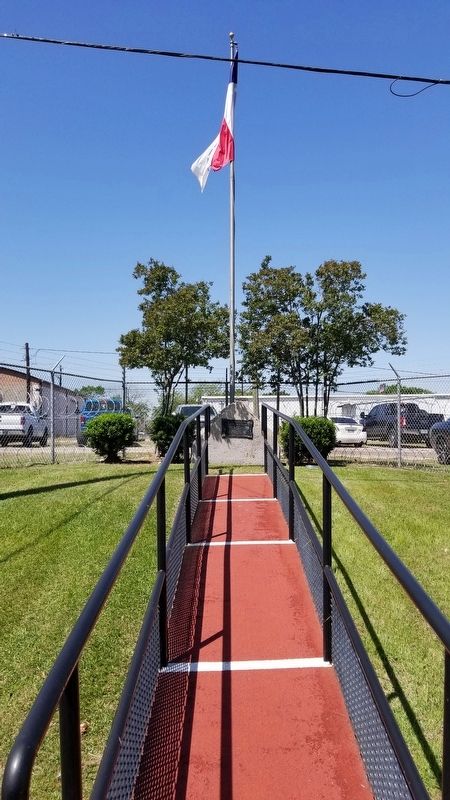