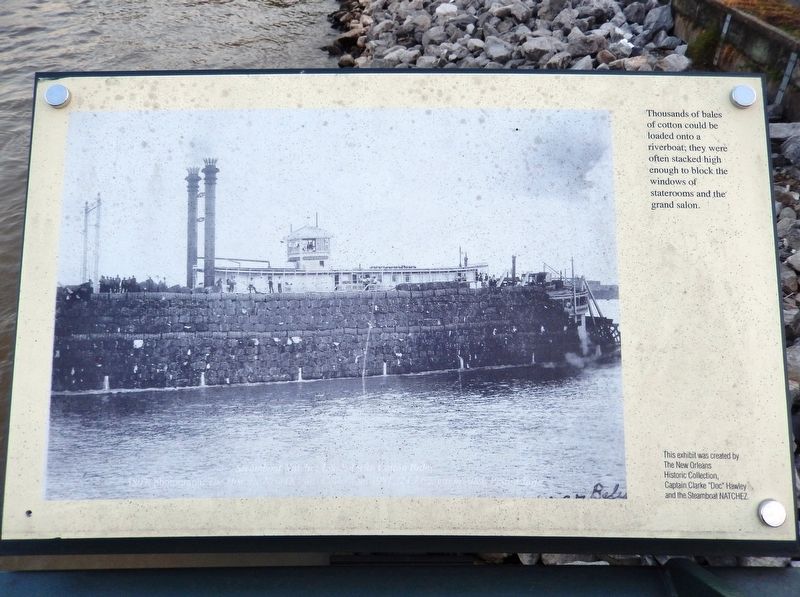 By Cosmos Mariner, May 10, 2018
1. Riverboat Cotton Bales Marker
Inscription.
Riverboat Cotton Bales. . Thousands of bales of cotton could be loaded onto a riverboat; they were often stacked high enough to block the windows of staterooms and the grand salon. . This historical marker was erected by The New Orleans Historic Collection, Captain Clarke "Doc" Hawley and the Steamboat Natchez. It is in New Orleans in Orleans Parish Louisiana

Thousands of bales of cotton could be loaded onto a riverboat; they were often stacked high enough to block the windows of staterooms and the grand salon.

Location. 29° 57.302′ N, 90° 3.758′ W. Marker is in New Orleans, Louisiana, in Orleans Parish. Marker can be reached from Toulouse Street east of Decatur Street, on the right when traveling east. Marker is located along the Mississippi Riverwalk, on the Mississippi River Pier at Woldenberg Park. Touch for map. Marker is at or near this postal address: 400 Toulouse Street, New Orleans LA 70130, United States of America. Touch for directions. 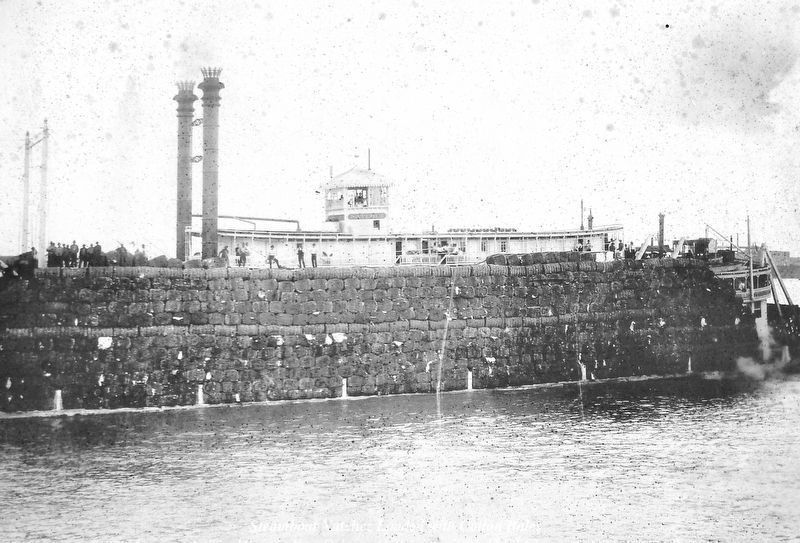 2. Slavery and King Cotton. Cotton emerged as the antebellum South’s major commercial crop, eclipsing tobacco, rice, and sugar in economic importance. By 1860, the region produced two-thirds of the world’s cotton. Demand in the industrial textile mills of Great Britain and New England seemed inexhaustible. Southern cotton, picked and processed by American slaves, upheld the wealth and power of the planter elite while it fueled the nineteenth-century Industrial Revolution in both the United States and Great Britain. (Submitted on April 15, 2021, by Cosmos Mariner of Cape Canaveral, Florida.) 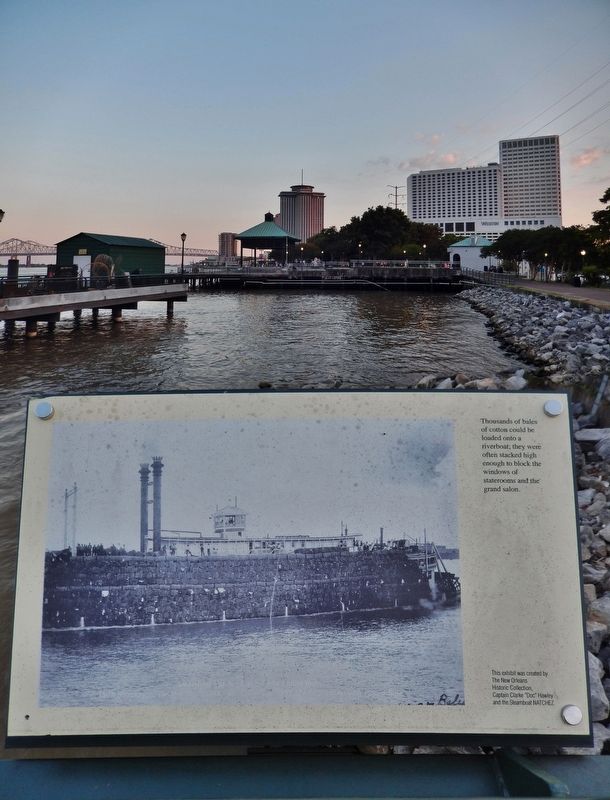