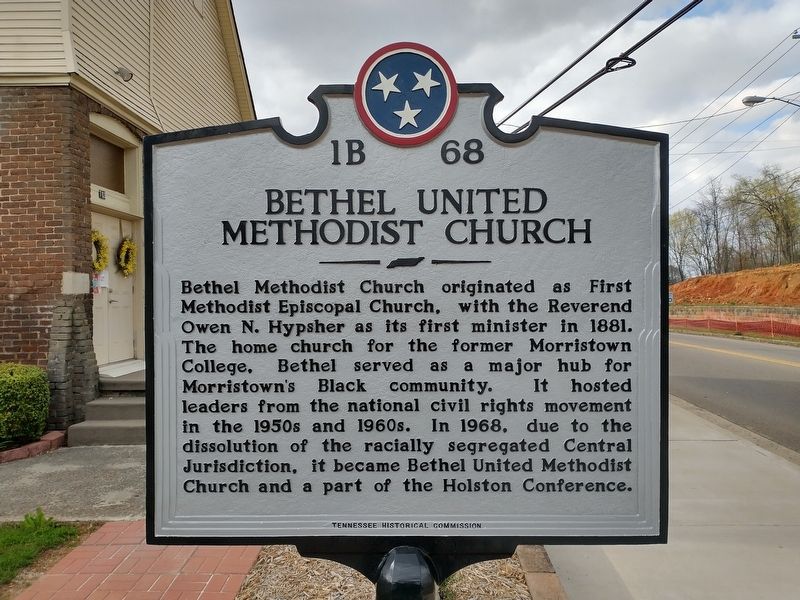 Bethel Methodist Church originated as First Methodist Episcopal Church, with the Reverend Owen N. Hypsher as its first minister in 1881. The home church for the former Morristown College, Bethel served as a major hub for Morristown's Black community. It hosted leaders from the national civil rights movement in the 1950s and 1960s. In 1968, due to the dissolution of the racially segregated Central Jurisdiction, it became Bethel United Methodist Church and a part of the Holsten Conference.

Topics and series. This historical marker is listed in these topic lists: African Americans • Churches & Religion • Civil Rights • Education. In addition, it is included in the Historically Black Colleges and Universities 🎓, and the Tennessee Historical Commission series lists. A significant historical year for this entry is 1881. 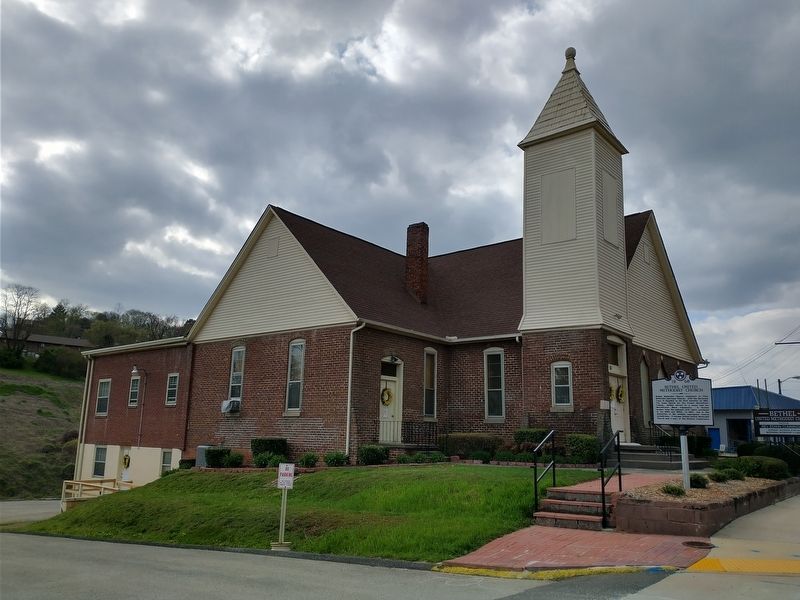 Other nearby markers. At least 8 other markers are within 2 miles of this marker, measured as the crow flies. Morristown College (approx. ¼ mile away); Hamblen County Jail (approx. 0.4 miles away); Caught in the Crossfire (approx. half a mile away); Morris Cemetery (approx. 0.8 miles away); Erected in Memory of the 22 Hamblen County Boys Who Made the Supreme Sacrifice in the World War (approx. 1½ miles away); David Crockett – A Tennessee Legacy (approx. 1.6 miles away); John Crockett: Frontier Ranger (approx. 1.6 miles away); Young David Crockett (approx. 1.6 miles away). Touch for a list and map of all markers in Morristown.
Credits. This page was last revised on April 16, 2021. It was originally submitted on April 15, 2021, by Tom Bosse of Jefferson City, Tennessee. This page has been viewed 31 times since then. Photos:   1, 2. submitted on April 15, 2021, by Tom Bosse of Jefferson City, Tennessee. • Devry Becker Jones was the editor who published this page.
Share This Page.