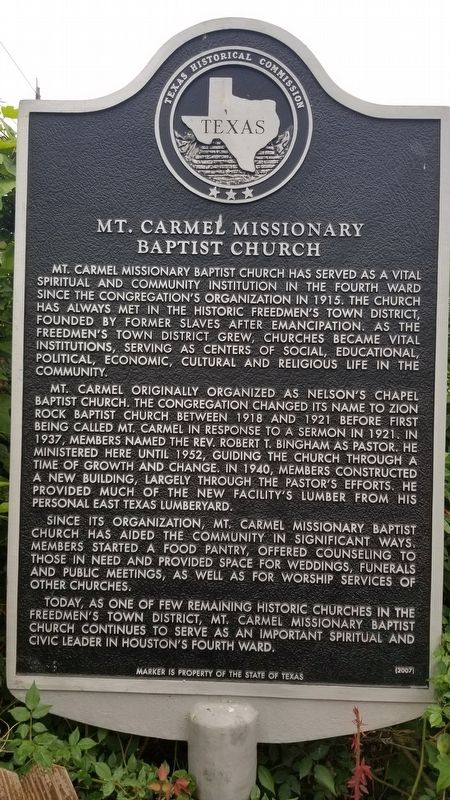 Mt. Carmel Missionary Baptist Church has served as a vital spiritual and community institution in the Fourth Ward since the congregation's organization in 1915. The church has always met in the historic Freedmen's Town District, founded by former slaves after emancipation. As the Freedmen's Town District grew, churches became vital institutions, serving as centers of social, educational, political, economic, cultural and religious life in the community.

Mt. Carmel originally organized as Nelson's Chapel Baptist Church. The congregation changed it name to Zion Rock Baptist Church between 1918 and 1921 before first being called Mt. Carmel in response to a sermon in 1921. In 1937, members named the Rev. Robert T. Bingham as pastor. He ministered here until 1952, guiding the church through a time of growth and change. In 1940, members constructed a new building, largely through the pastor's efforts. He provided much of the new facility's lumber from his personal east Texas lumberyard. 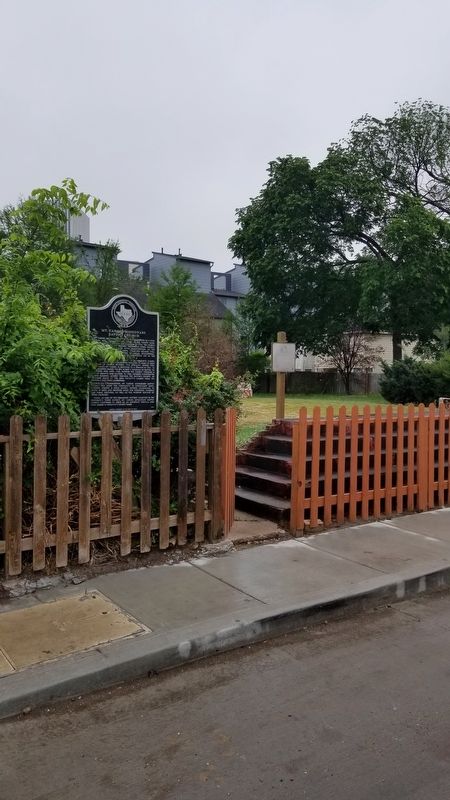 Click or scan to see
this page online
counseling to those in need and provided space for weddings, funerals and public meetings, as well as for worship services of other churches.

Today, as one of few remaining historic churches in the Freedmen's Town District, Mt. Carmel Missionary Baptist Church continues to serve as an important spiritual and civic leader in Houston's Fourth Ward.

Topics. This historical marker is listed in these topic lists: African Americans • Churches & Religion • Parks & Recreational Areas. A significant historical year for this entry is 1915.

Location. 29° 45.306′ N, 95° 22.718′ W. Marker is in Houston, Texas, in Harris County. Marker is at the intersection of Valentine Street and Ruthven Street, on the right when traveling north on Valentine Street. The marker is located at the entrance to the Mt. Carmel Baptist Church Park at the corner of the park. Touch for map. Marker is at or near this postal address: 1407 Valentine Street, Houston TX 77019, United States of America. Touch for directions. 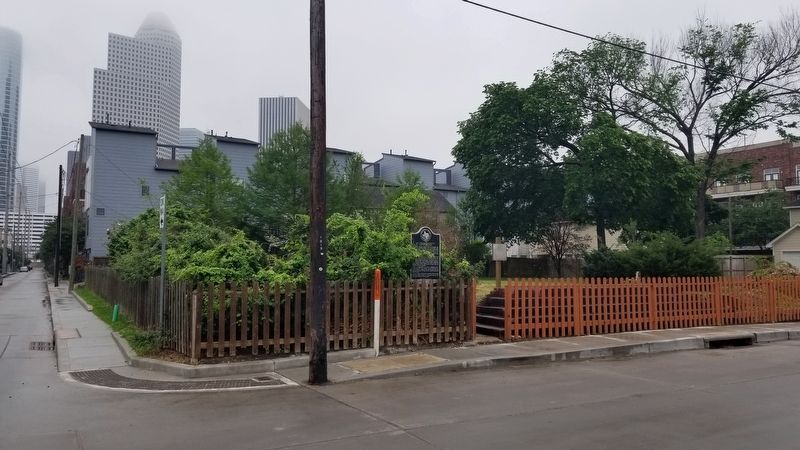 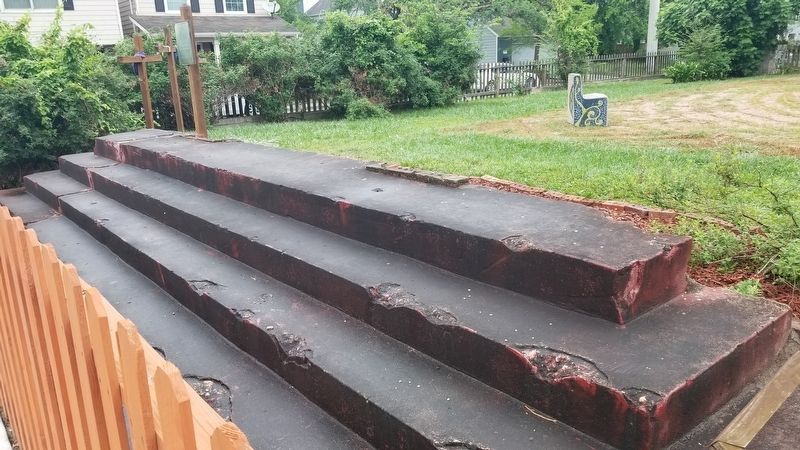