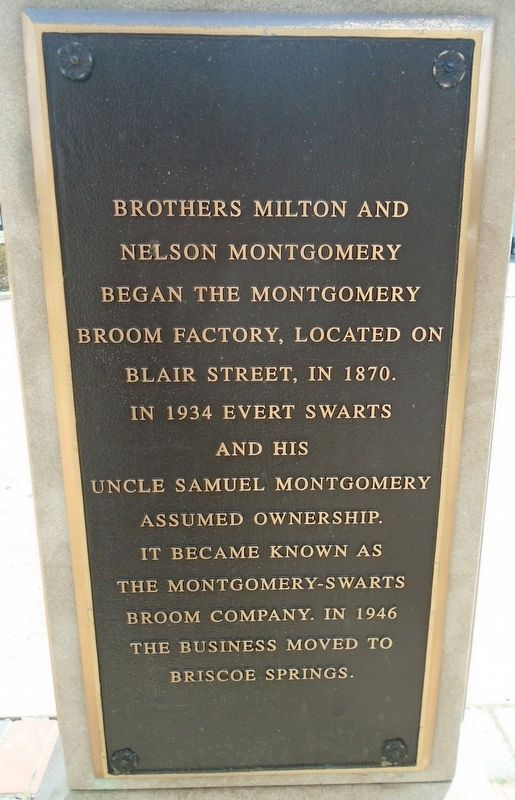 Brothers Milton and Nelson Montgomery began the Montgomery Broom Factory, located on Blair Street, in 1870. In 1934 Evert Swarts and his uncle Samuel Montgomery assumed ownership. It became known as the Montgomery-Swarts Broom Company. In 1946 the business moved to Briscoe Springs.
—————————————
In loving memory of Uncle Sam Montgomery
and my father, W.E. Swarts
Donated by
Louise Swarts Clarke and Family

Erected by the Borough of Grove City and Louise Swarts Clarke and Family.

Topics. This historical marker is listed in this topic list: Industry & Commerce. A significant historical year for this entry is 1870.

Location. 41° 9.632′ N, 80° 5.185′ W. Marker is in Grove City, Pennsylvania, in Mercer County. Marker is on Broad Street (Pennsylvania Route 208) north of Pine Street, on the left when traveling north. Markers on west face of obelisk. Touch for map. Marker is at or near this postal address: 135 South Broad Street, Grove City PA 16127, United States of America. Touch for directions.

Other nearby markers. At least 8 other markers are within walking distance of this marker. Police Chief Charles "Charlie" Ray (here, next to 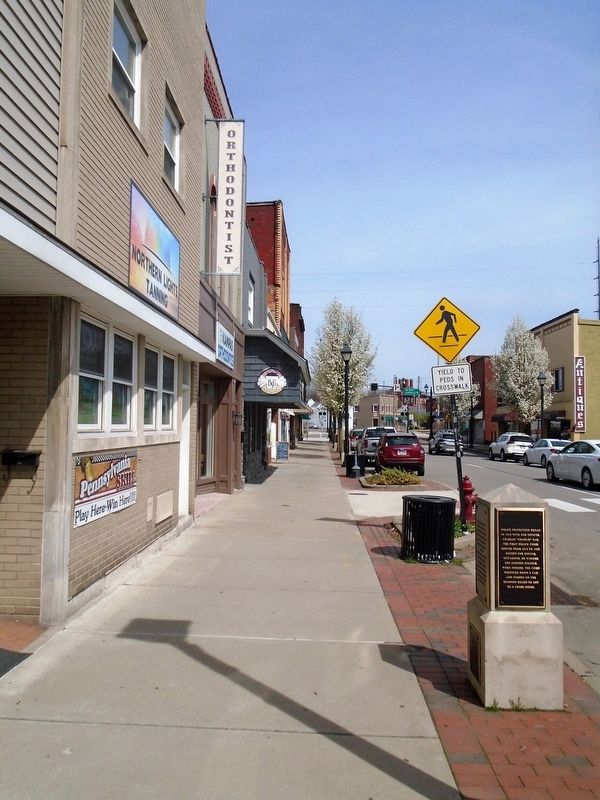