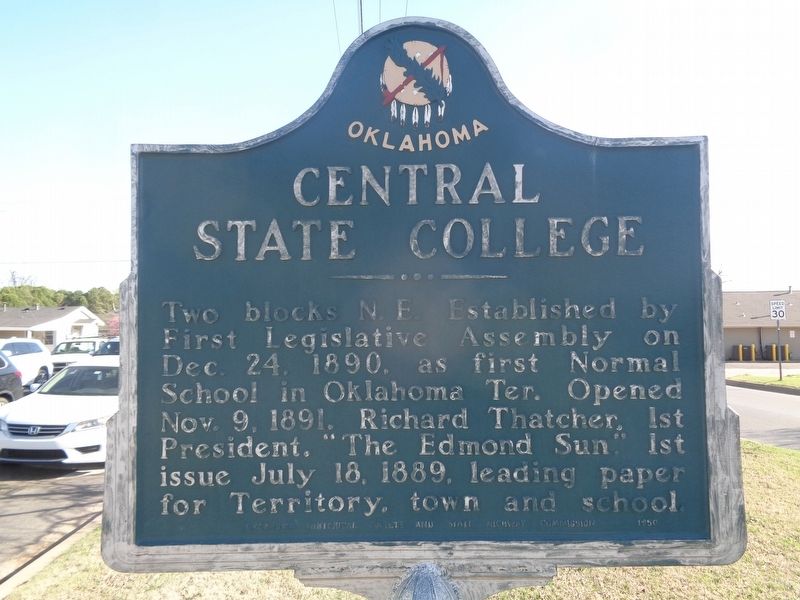 Topics and series. This historical marker is listed in these topic lists: Communications • Education. In addition, it is included in the Oklahoma Historical Society series list. A significant historical date for this entry is December 24, 1890. 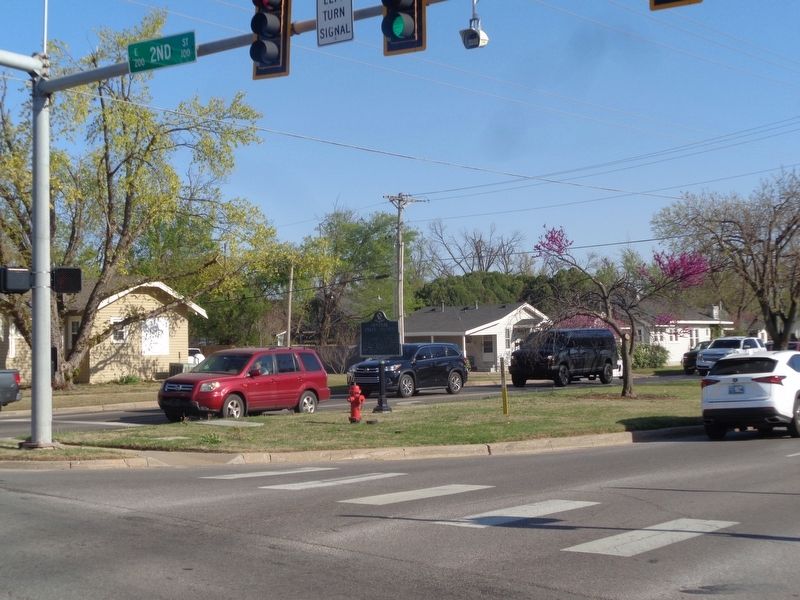 By Jason Voigt, April 8, 2021
2. Central State College Marker
Marker is located at the median of South Boulevard at the US-77 intersection.

More about this marker. Marker repeats on both sides.