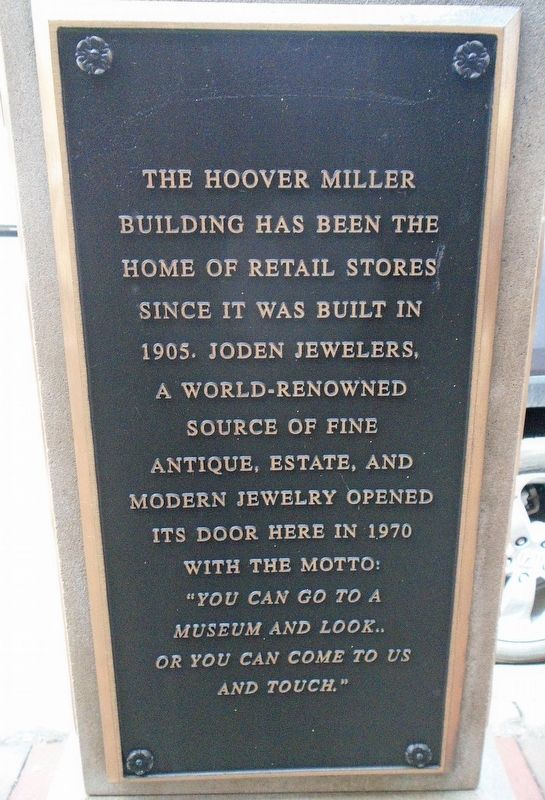 The Hoover Miller Building has been the home of retail stores since it was built in 1905. Joden Jewelers, a world-renowned source of fine antique, estate, and
modern jewelry opened its door here in 1970 with the motto:
"You can go to a museum and look.. or you can come to us and touch."
—————————————
This marker is constructed
in honor of the life and work of
Adam and Jean Murawski

Erected by the Borough of Grove City and in Honor of Adam and Jean Murawski.

Topics. This historical marker is listed in this topic list: Industry & Commerce. A significant historical year for this entry is 1905.

Location. 41° 9.612′ N, 80° 5.18′ W. Marker is in Grove City, Pennsylvania, in Mercer County. Marker is on Broad Street (Pennsylvania Route 208) north of Pine Street, on the right when traveling north. Markers on east face of obelisk. Touch for map. Marker is at or near this postal address: 144 South Broad Street, Grove City PA 16127, United States of America. Touch for directions.

Other nearby markers. At least 8 other markers are within walking distance of this marker. Incorporation of Grove City Borough (here, next to this 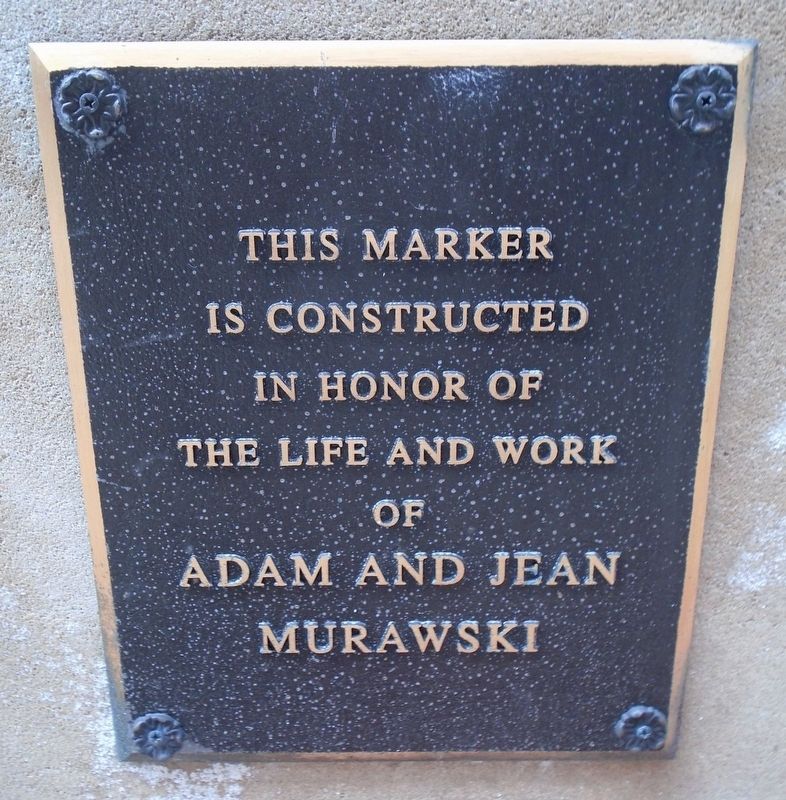 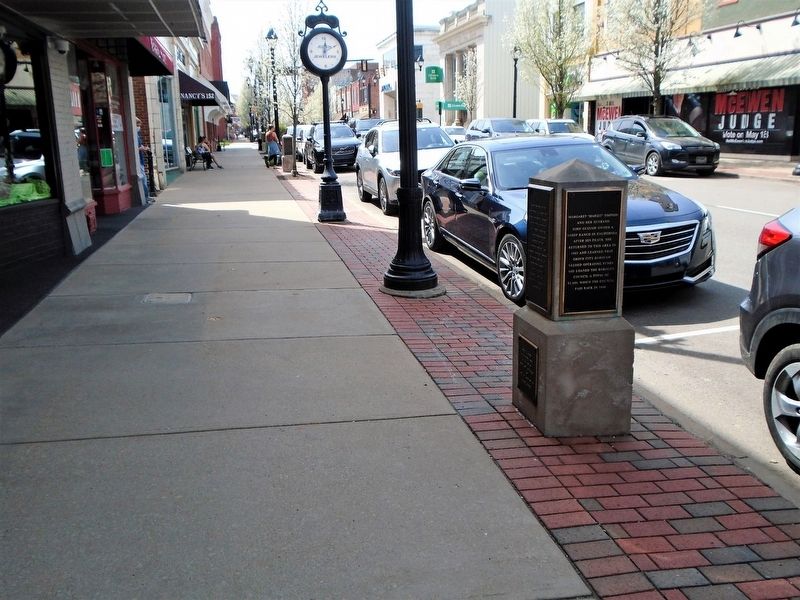