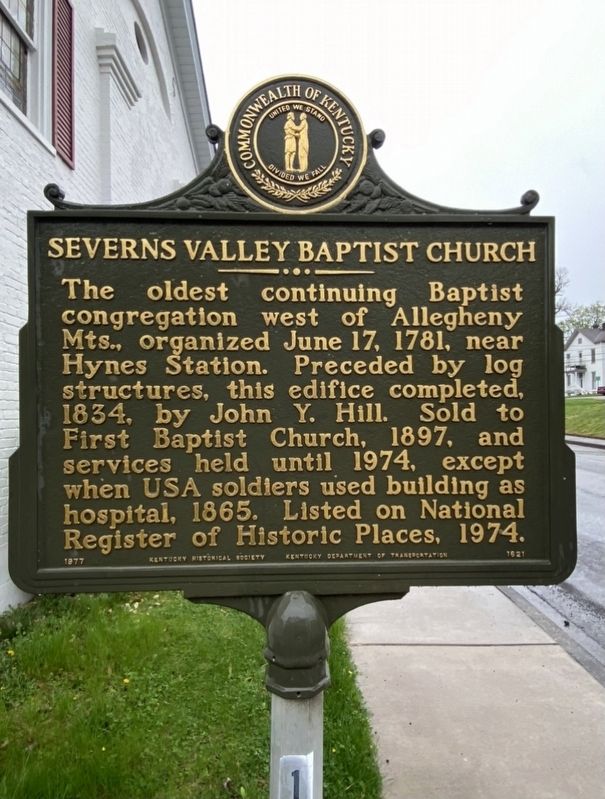 Topics and series. This historical marker is listed in this topic list: Churches & Religion. In addition, it is included in the Kentucky Historical Society series list.

Location. 37° 41.677′ N, 85° 51.474′ W. Marker is in Elizabethtown, Kentucky, in Hardin County. Marker is on West Poplar Street just west of Cherry Alley, on the right when traveling east. Touch for map. Marker is at or near this postal address: 112 W Poplar St, Elizabethtown KY 42701, United States of America. Touch for directions.

Other nearby markers. At least 8 other markers are within walking distance of this marker. Brown-Pusey House (about 300 feet away, measured in a direct line); Commodore Joshua Barney / First Brick House 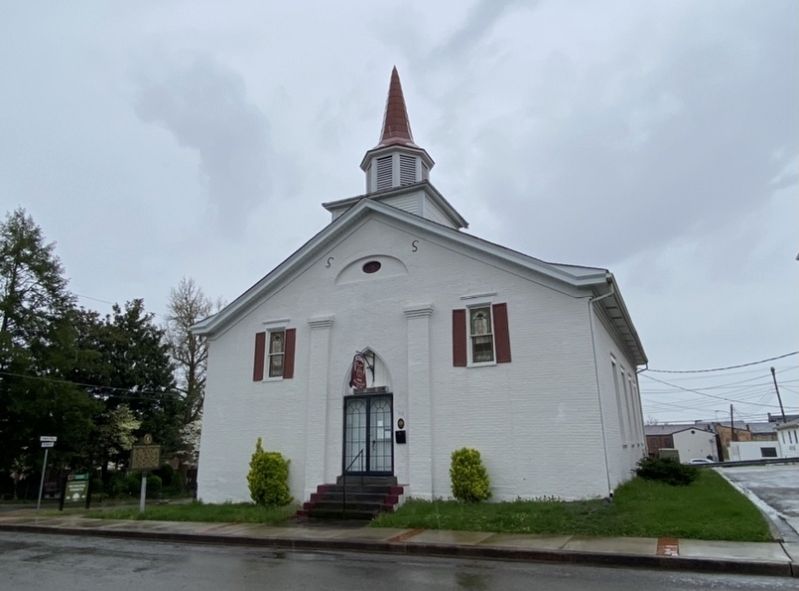