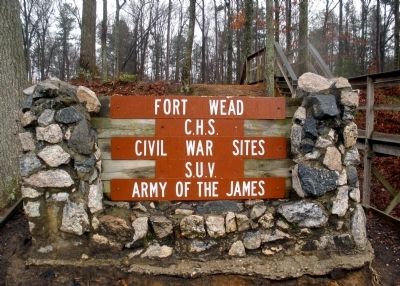 Erected by Chesterfield Historical Society and Sons of Union Veterans. 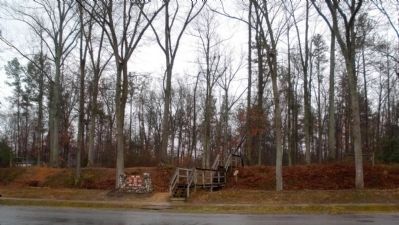 Regarding Fort Wead. Fort Wead was named for Col. Fredrick Wead, who was mortally wounded at the Battle of Cold Harbor in June 1864. The fort was constructed as a backup defense, to be used if Confederate forces broke through the main Federal line, just to the south. The fort had positions for six cannons and was never attacked. Open from sunrise to sunset. 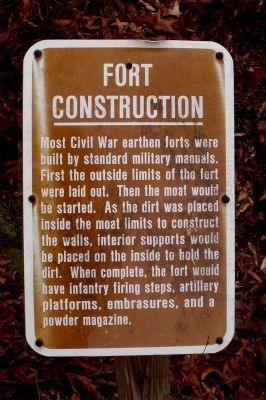 By Bernard Fisher, March 15, 2009
3. Fort Construction
Most Civil War earthen forts were built by standard military manuals. First the outside limits of the fort were laid out. Then the moat would be started. As the dirt was placed inside the moat limits to construct the walls, interior supports would be placed on the inside to hold the dirt. When complete, the fort would have infantry firing steps, artillery platforms, embrasures, and a powder magazine. 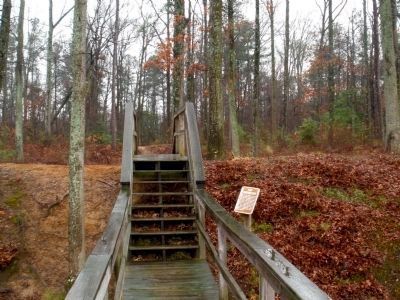 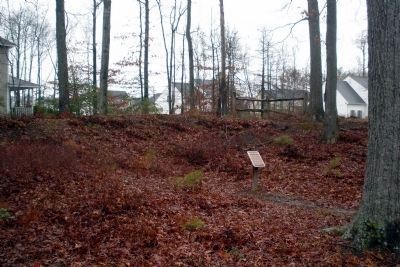 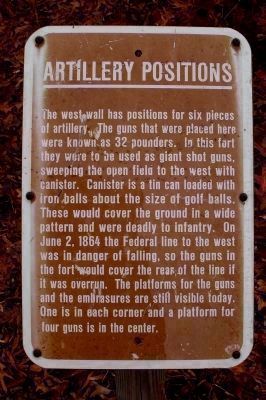 By Bernard Fisher, March 15, 2009
6. Artillery Positions
The west wall has positions for six pieces of artillery. The guns that were placed here were known as 32-pounders. In this fort they were to be used as giant shotguns, sweeping the open field to the west with canister. Canister is a tin can loaded with iron balls about the size of golf balls. These would cover the ground in a wide pattern and were deadly to infantry. On June 2, 1864 the Federal line to the west was in danger of falling, so the guns in the fort would cover the rear of the line if it was overrun. The platforms for the guns and the embrasures are still visible today. One is in each corner and a platform for four guns in the center. 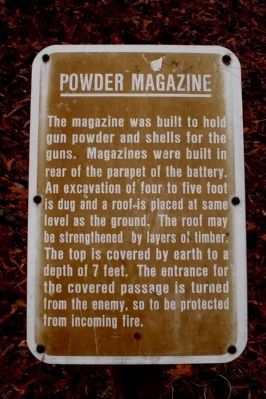 By Bernard Fisher, March 15, 2009
7. Powder Magazine
The magazine was built to hold gun powder and shells for the guns. Magazines were built in rear of the parapet of the battery. An excavation of four to five foot is dug and a roof is placed at the same level as the ground. The roof may be strengthened by layers of timber. The top is covered by earth to a depth of 7 feet. The entrance for the covered passage is turned from the enemy, so to be protected from incoming fire. 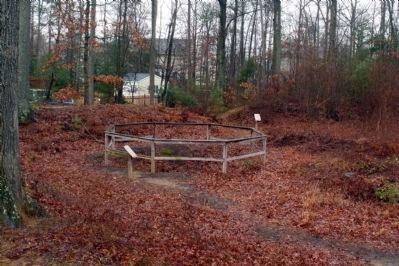 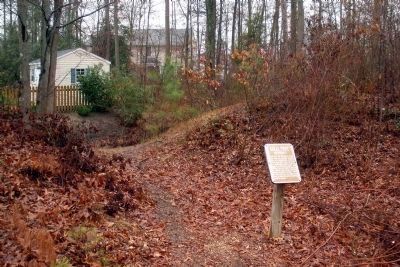 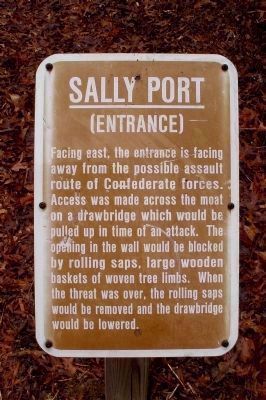 By Bernard Fisher, March 15, 2009
10. Sally Port (Entrance)
Facing east, the entrance is facing away from the possible assault route of Confederate forces. Access was made across the moat on a drawbridge which would be pulled up in time of an attack. The opening in the wall would be blocked by rolling saps, large wooden baskets of woven tree limbs. When the threat was over, the rolling saps would be removed and the drawbridge would be lowered. 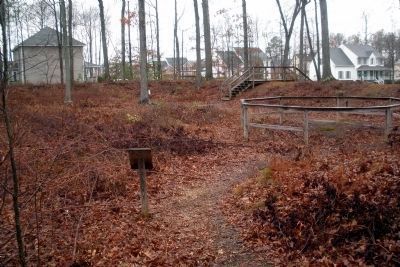 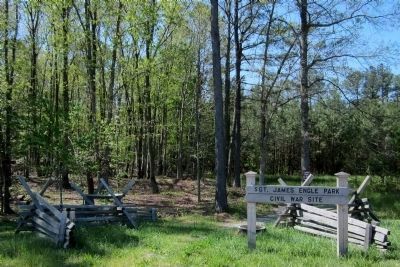