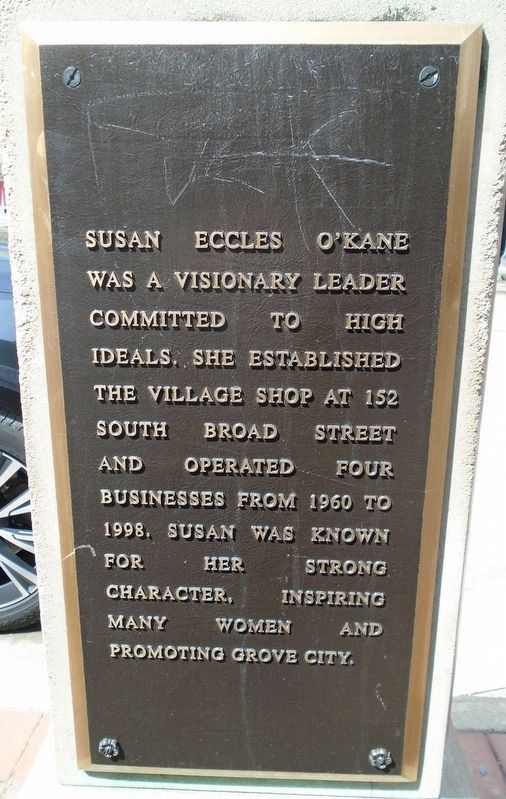 Susan Eccles O'Kane was a visionary leader committed to high ideals. She established the Village Shop at 152 South Broad Street and operated four businesses from 1960 to 1998. Susan was known for her strong character, inspiring many women and promoting Grove City.
—————————————
This marker honors the work of
Susan Eccles O'Kane
1941 - 1998

Erected by the Borough of Grove City and in Honor of Susan Eccles O'Kane.

Topics. This historical marker is listed in these topic lists: Industry & Commerce • Women. A significant historical year for this entry is 1960.

Location. 41° 9.6′ N, 80° 5.183′ W. Marker is in Grove City, Pennsylvania, in Mercer County. Marker is on Broad Street (Pennsylvania Route 208) north of Pine Street, on the right when traveling north. Markers on east face of obelisk. Touch for map. Marker is at or near this postal address: 152 South Broad Street, Grove City PA 16127, United States of America. Touch for directions.

Other nearby markers. At least 8 other markers are within walking distance of this marker. Pine Grove Normal Academy (here, next to this marker); Grove City National Boys and Girls Purebred Calf Club 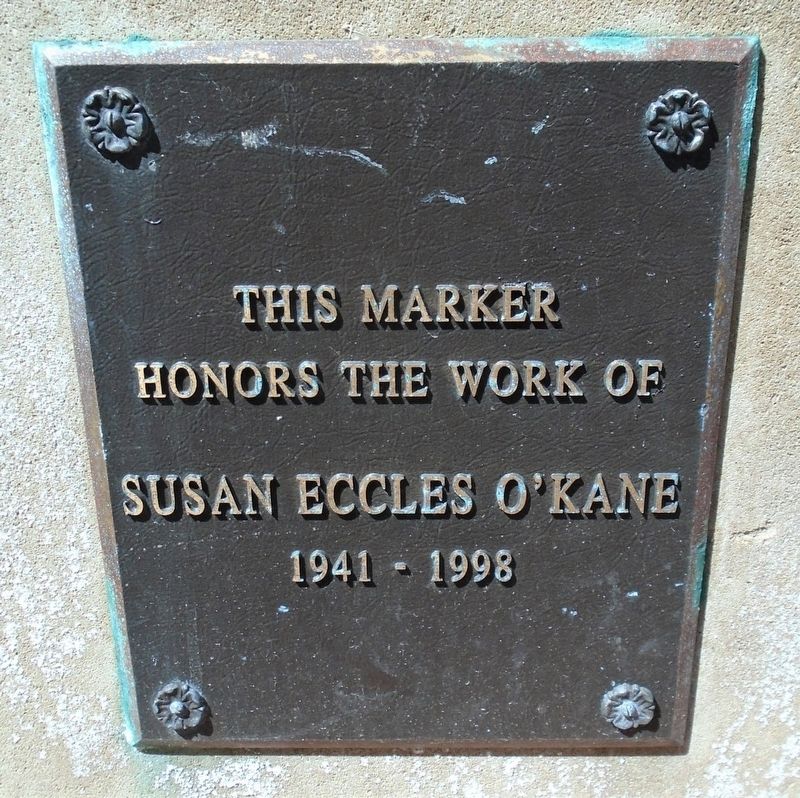 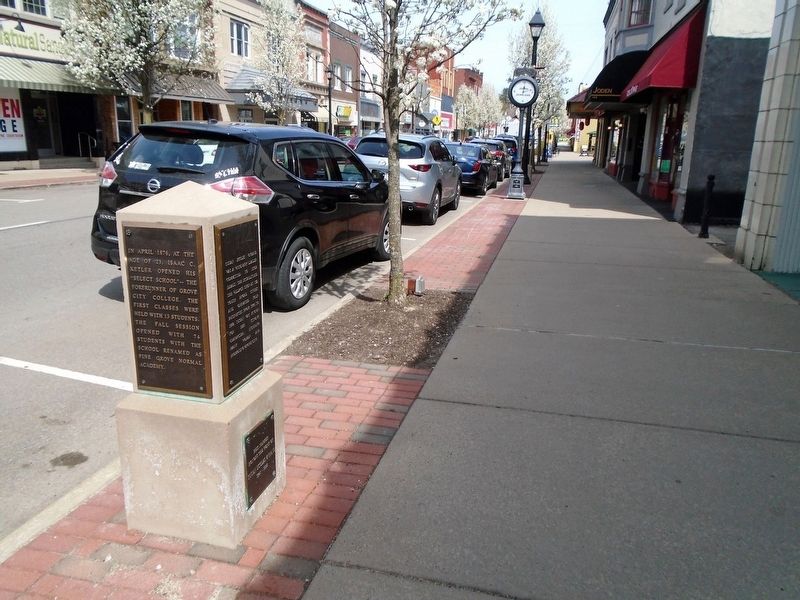