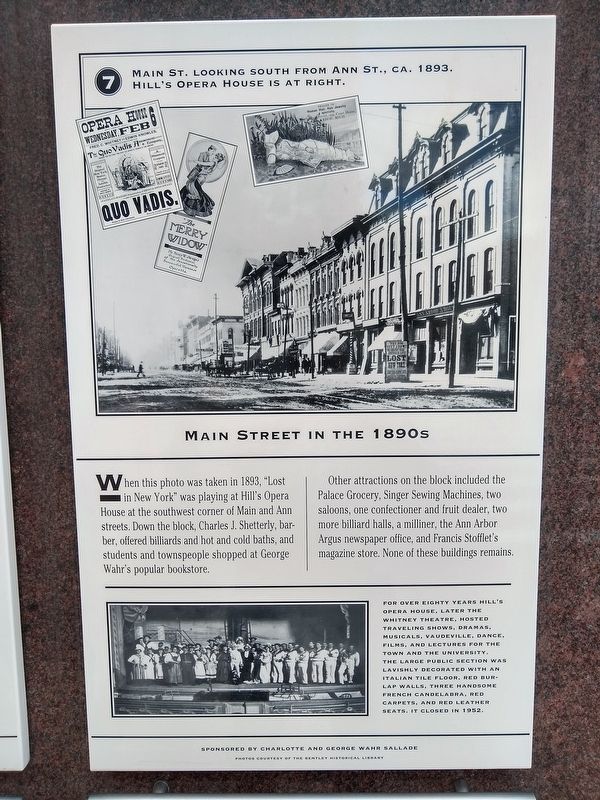 When this photo was taken in 1893, "Lost in New York" was playing at Hill's Opera House at the southwest corner of Main and Ann streets. Down the block, Charles J. Shetterly, barber, offered billiards and hot and cold baths, and students and townspeople shopped at George Wahr's popular bookstore 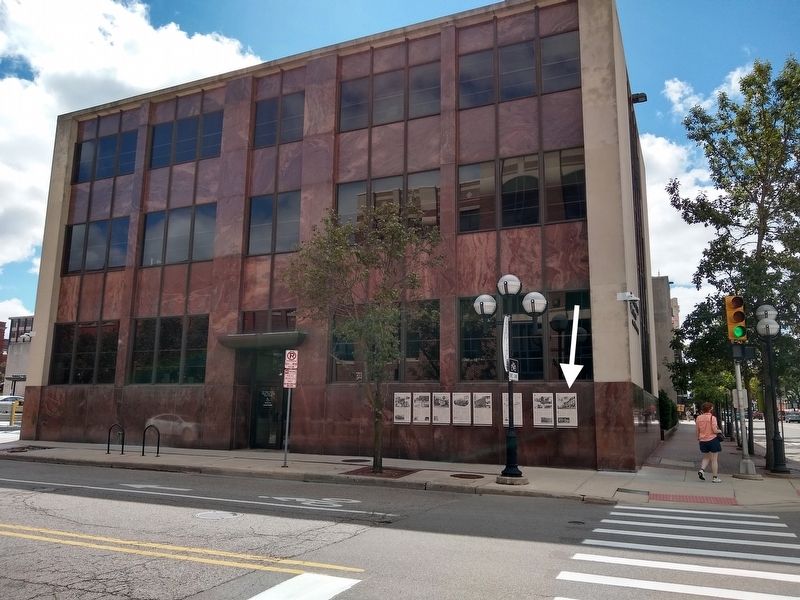 Topics. This historical marker is listed in these topic lists: Entertainment • Industry & Commerce. A significant historical year for this entry is 1893.