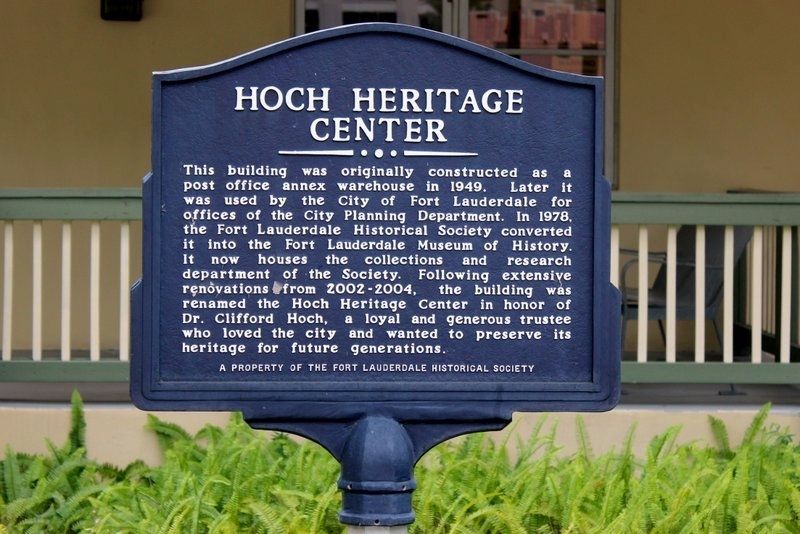 This building was originally constructed as a post office annex warehouse in 1949. later it was used by the City of Fort Lauderdale for offices of the City Planning Department. In 1978, the Fort Lauderdale Historical Society converted it into the Fort Lauderdale Museum of History. It now houses the collections and research department of the Society. Following extensive renovations from 2003-2004, the building was renamed Hoch Heritage Center in honor of Dr. Clifford Hoch, a loyal and generous trustee who loved the city and wanted to preserve its heritage for future generations.

Topics. This historical marker is listed in this topic list: Notable Buildings. A significant historical year for this entry is 1949. 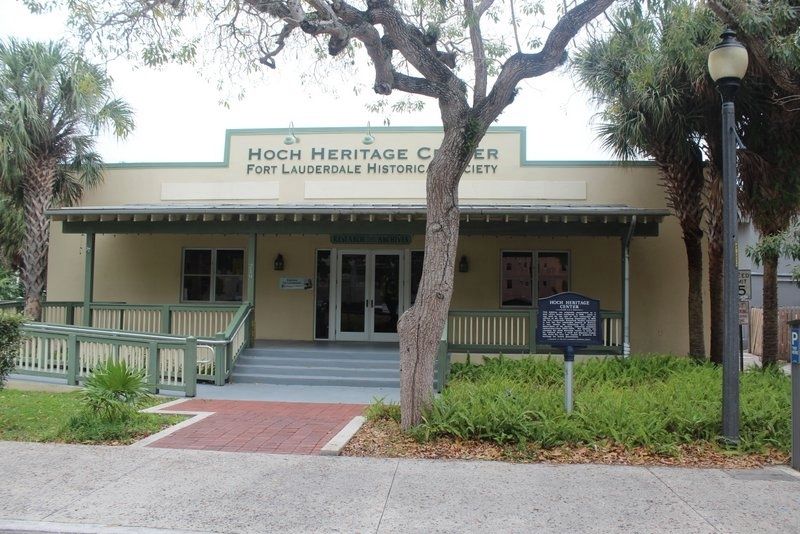