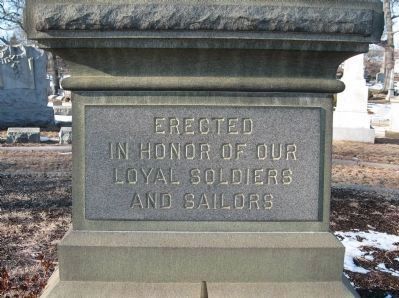 Erected in honor of our loyal soldiers and sailors

Location. 41° 16.991′ N, 72° 57.292′ W. Marker is in West Haven, Connecticut, in New Haven County. Marker can be reached from the intersection of Campbell Avenue and Spring Street., on the right when traveling north. Located in Oak Grove Cemetery, near the center of the cemetery. Touch for map. Marker is at or near this postal address: 871 Campbell Avenue, West Haven CT 06516, United States of America. Touch for directions. 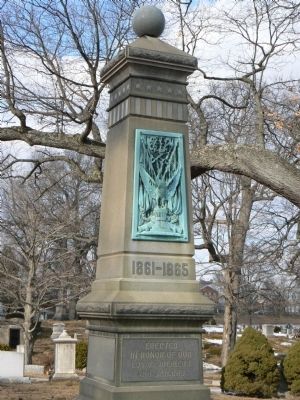 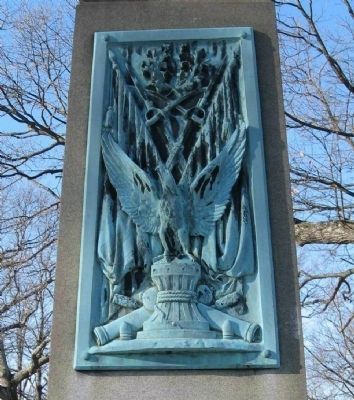 Photographed By Michael Herrick, February 15, 2010
3. Close-up of the bronze sculpture 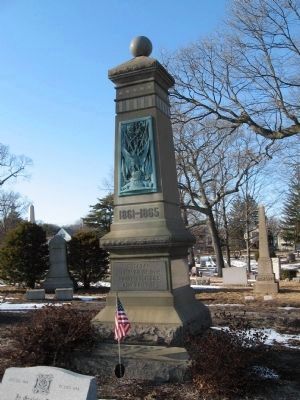