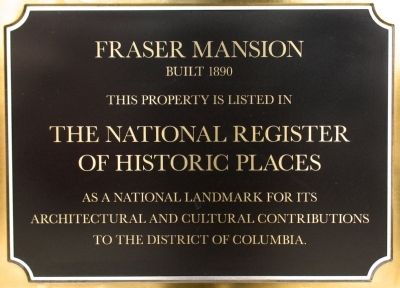 Other nearby markers. At least 8 other markers are within walking distance of this marker. Connecticut Ave. from Lafayette Square to Ashmead Place (a few steps from this marker); Blanche K. Bruce and Josephine Beall Willson Bruce Residence (about 300 feet away, measured in a direct line); From 1890 to 1910 (about 600 feet away); 2019 Q Street NW (about 600 feet away); Excerpt from Walt Whitman's "The Dresser" (1865 version) and "We Embrace" by E. Ethelbert Miller 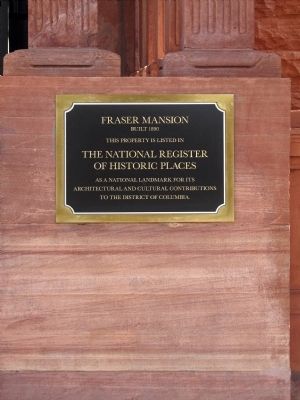 Regarding Fraser Mansion. Although this Beaux Arts house is rumored to have been built for "Thomas Alexander Scott, Assistant Secretary of War under President Abraham Lincoln, president of the Pennsylvania Railroad, and a major figure in the politics of the Reconstruction era", it was actually built by Joseph C. Hornblower and James Rush Marshall for New York merchant George S. Fraser in 1890. It was purchased in 1901 by Scott's daughter, Miriam Scott Thropp. By 1932 it was a tearoom; by 1950 it was a restaurant. It has been the Golden Parrot Restaurant and Cocktail lounge, The Golden Booeymonger, Fourways Restaurant. Fourways restored the building to its exact original specifications and condition. Now it serves as the Church of Scientology National Affairs Office. 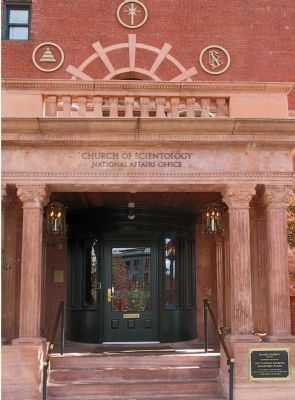 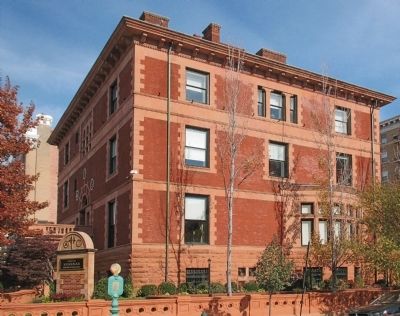 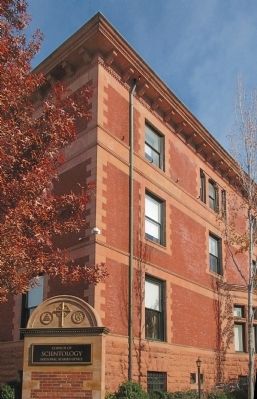 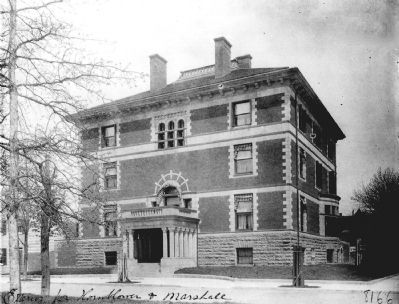 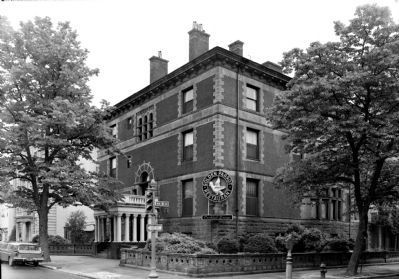