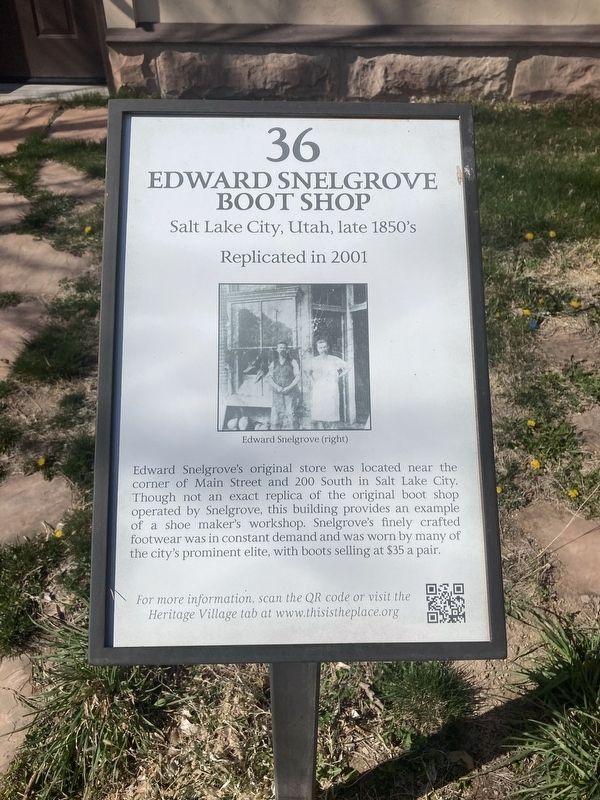 Edward Snelgrove's original store was located near the corner of Main Street and 200 South in Salt Lake City. Though not an exact replica of the original boot shop operated by Snelgrove, this building provides an example of a shoe maker's workshop. Snelgrove's finely crafted footwear was in constant demand and was worn by many of the city's prominent elite, with boots selling at $35 a pair.

Erected by This Is The Place Foundation. (Marker Number 36.) 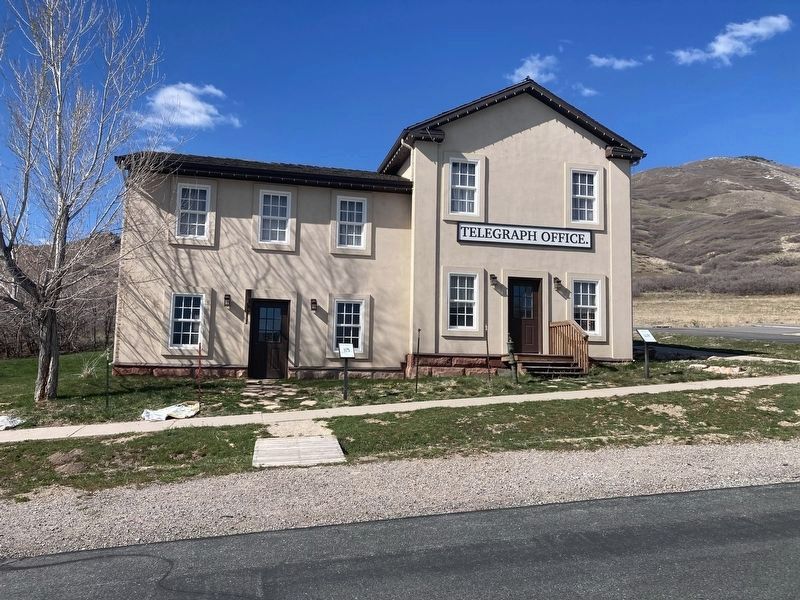