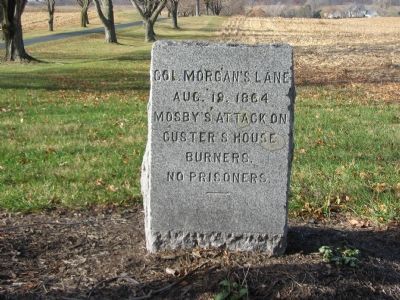 Location. 39° 7.174′ N, 77° 57.255′ W. Marker is near Webbtown, Virginia, in Clarke County. Marker can be reached from the intersection of Parshall Lane (County Route 608) and Hill and Dale Lane, on the right when traveling south. Located at the entrance to Hill and Dale Farms. Touch for map. Marker is at or near this postal address: 1755 Parshall Rd, Berryville VA 22611, United States of America. Touch for directions. 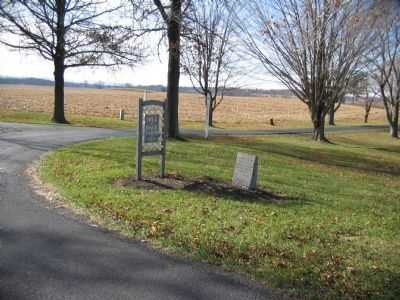 Regarding Col. Morgan's Lane. The marker references a sharp skirmish between a detachment of Mosby's Rangers under Captain William Chapman and a section of the 5th Michigan Cavalry. The Federals were detailed to burn several houses in Clarke County in response to the Ranger's operations. The "house burners" had just destroyed Colonel Morgan's home when Chapman and his band of rangers attacked, their leader ordering "no prisoners!" Records show 30 of the Federals were killed in this vicinity, including 10 who had been captured made to kneel along the farm lane where they were executed. 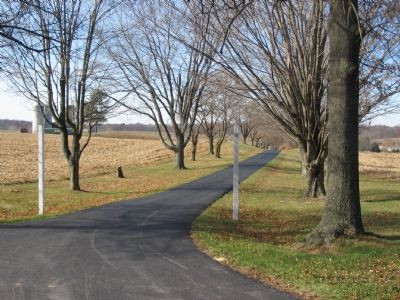