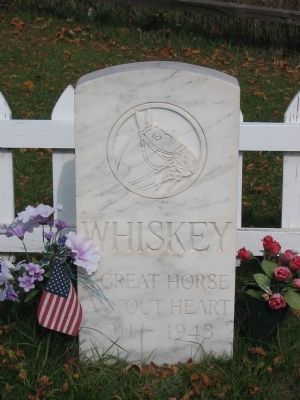 Location. 44° 53.64′ N, 93° 11.263′ W. Marker is in Richfield, Minnesota, in Hennepin County. Marker can be reached from State Highway 55 north of State Highway 5, on the right when traveling north. Marker is between the Mississippi River and the parking lot at Historic Fort Snelling (one mile east of the Twin Cities International Airport). Touch for map. Marker is in this post office area: Saint Paul MN 55111, United States of America. Touch for directions. 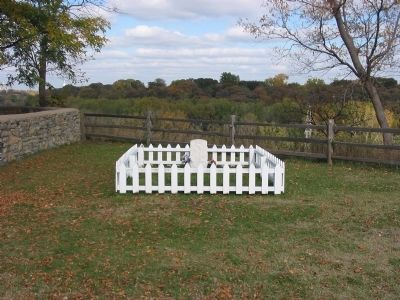 By Keith L, October 16, 2008
2. Whiskey Marker
(approx. half a mile away); Three Islands in the Mississippi (approx. 0.6 miles away). Touch for a list and map of all markers in Richfield.

Regarding Whiskey. Whiskey, who had served in the Philippines, belonged to Battery F of the Fourteenth Field Artillery, Third United States Infantry. The legendary trick horse delighted audiences for nearly 20 years by jumping through rings of fire, leaping obstacles, and bowing to the crowd. Source: The Military Historical Society of Minnesota