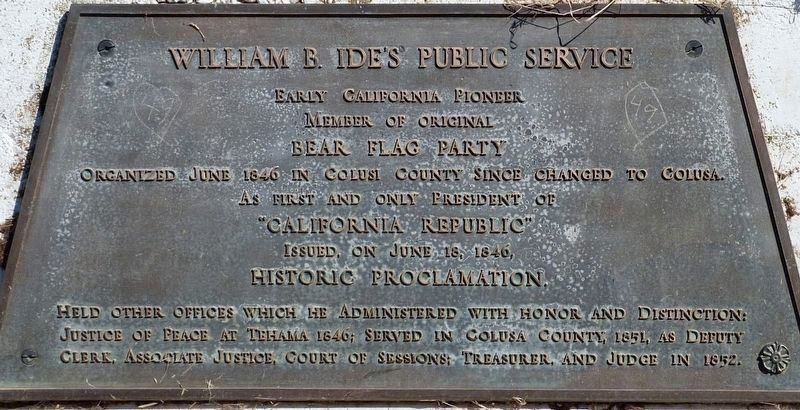 By Gene Russell, February 9, 2006
1. William B. Ide’s Public Service Marker
Inscription.
William B. Ide’s Public Service. . , Early California pioneer, member of original Bear Flag Party organized June 1846 in Colusi County, since changed to Colusa. As first and only president of "California Republic", issued, on June 18, 1846, historic proclamation. , Held other offices which he administered with honor and distinction: Justice of Peace at Tehama 1846; served in Colusa County, 1851, as Deputy Clerk, Associate Justice, Court of Sessions; Treasurer, and Judge in 1852. . This historical marker is in Glenn in Glenn County California

Held other offices which he administered with honor and distinction: Justice of Peace at Tehama 1846; served in Colusa County, 1851, as Deputy Clerk, Associate Justice, Court of Sessions; Treasurer, and Judge in 1852.

Topics. This historical marker is listed in these topic lists: Law Enforcement • Patriots & Patriotism • Settlements & Settlers. A significant historical year for this entry is 1846.

Other nearby markers. At least 8 other markers are within 10 miles of this marker, measured as the crow flies. Gianella Bridge (approx. 5.3 miles away); Bayliss Library (approx. 6.8 miles away); William Semple Green (approx. 8.2 miles 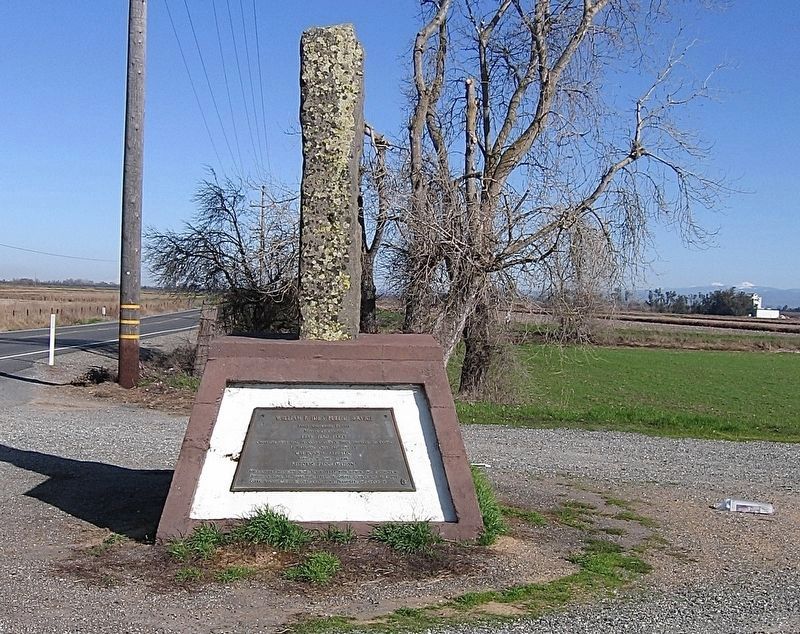 More about this marker. Located at the turnoff to the Monroeville Cemetery which has restricted access because it is behind private property. A new William B. Ide gravestone was installed in 2014.

Regarding William B. Ide’s Public Service. During the Bear Flag Revolt, from June 14 to July 9, 1846, a small group of American settlers in California rebelled against their Mexican government and proclaimed California an independent republic. The republic was short-lived because soon after the Bear Flag was raised, the U.S. military began occupying California, which went on to join the union in 1850. The Bear Flag became the official state flag in 1911. 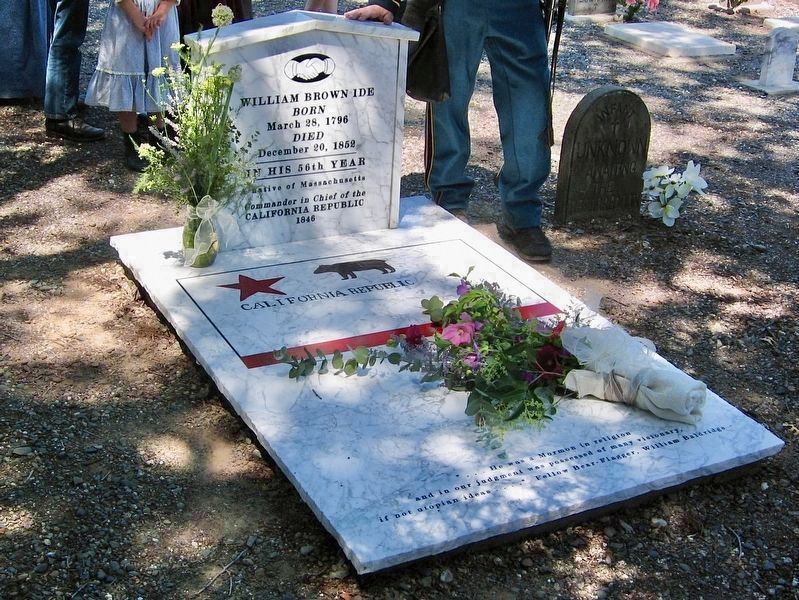 By Gene Russell, 2014
3. William B. Ide Gravestone
With the original Bear Flag design. 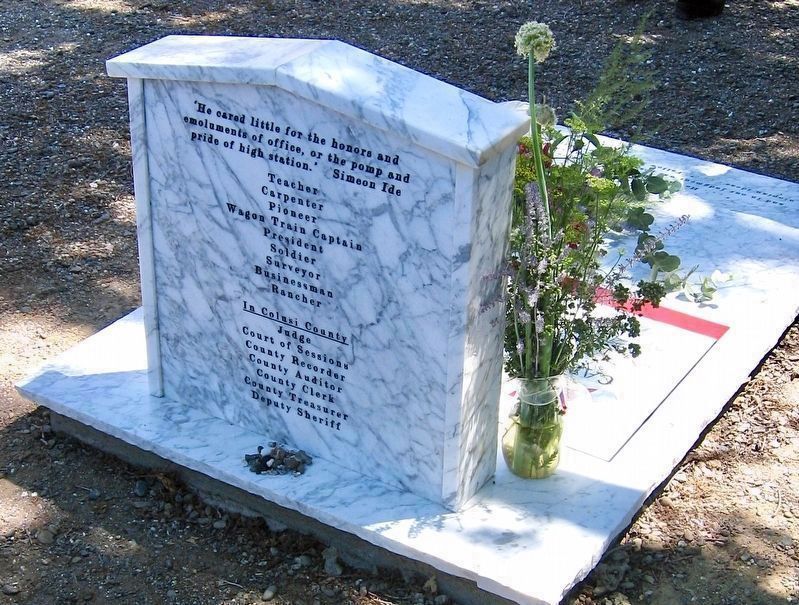 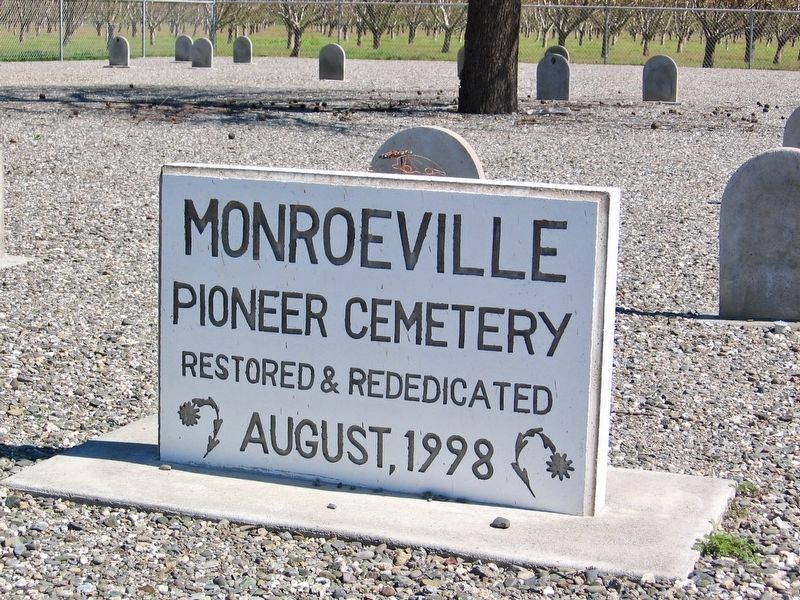 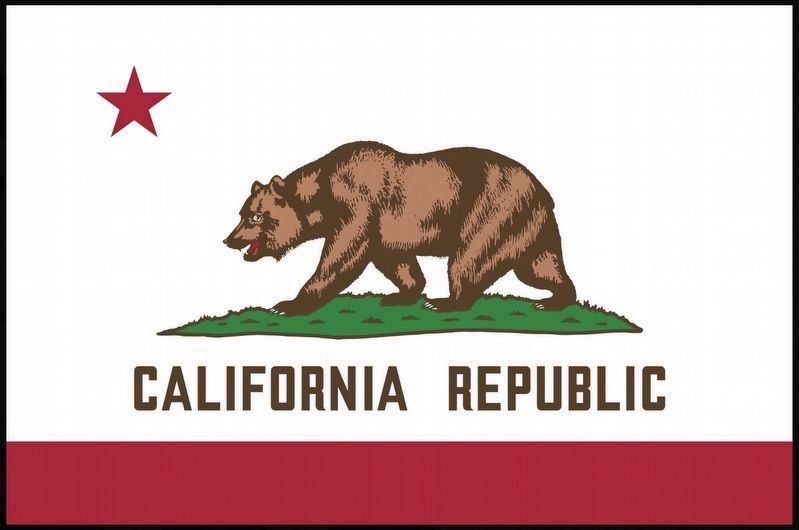