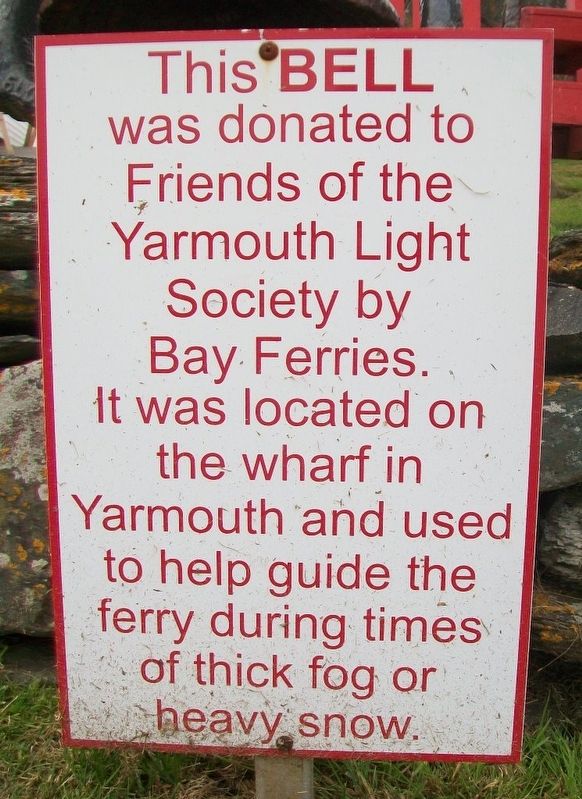 This Bell was donated to Friends of the Yarmouth Light Society by Bay Ferries.
It was located on the wharf in Yarmouth and used to help guide the ferry during times of thick fog or heavy snow.

Erected by the Friends of the Yarmouth Light Society.

Topics and series. This historical marker is listed in this topic list: Waterways & Vessels. In addition, it is included in the Historic Bells 🔔 series list.

Location. 43° 50.17′ N, 66° 7.31′ W. Marker is in Yarmouth, Nova Scotia, in Yarmouth County. Marker can be reached from Water Street. The marker is at the Harbourfront Museum at the Killam Brother's Shipping Office. The bell was moved in May 2019 when the Friends of the Yarmouth Light society moved from the Cape Forchu lighthouse. Touch for map. Marker is at or near this postal address: 90 Water St, Yarmouth, Nova Scotia B5A 1K9, Canada. Touch for directions. 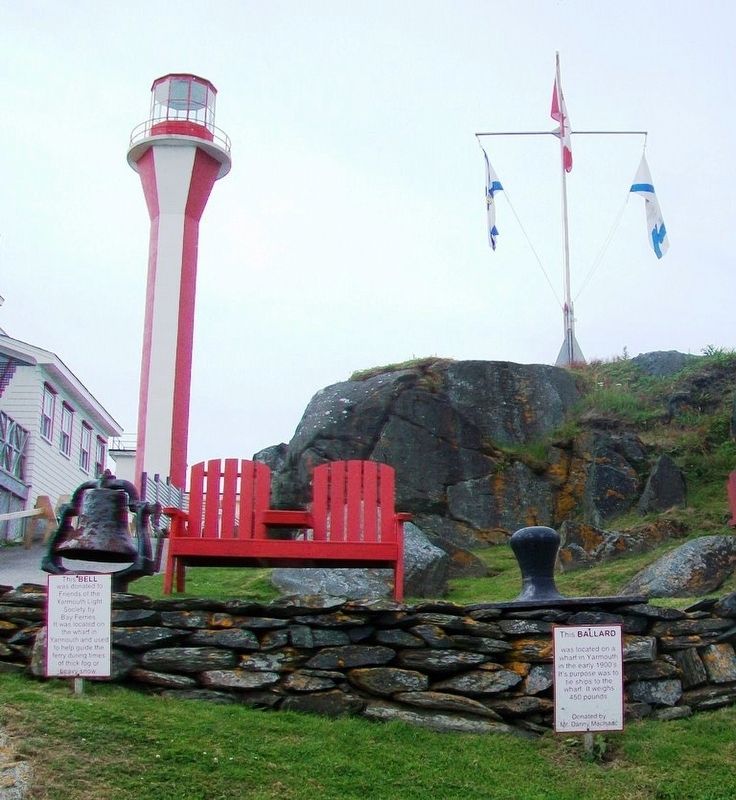 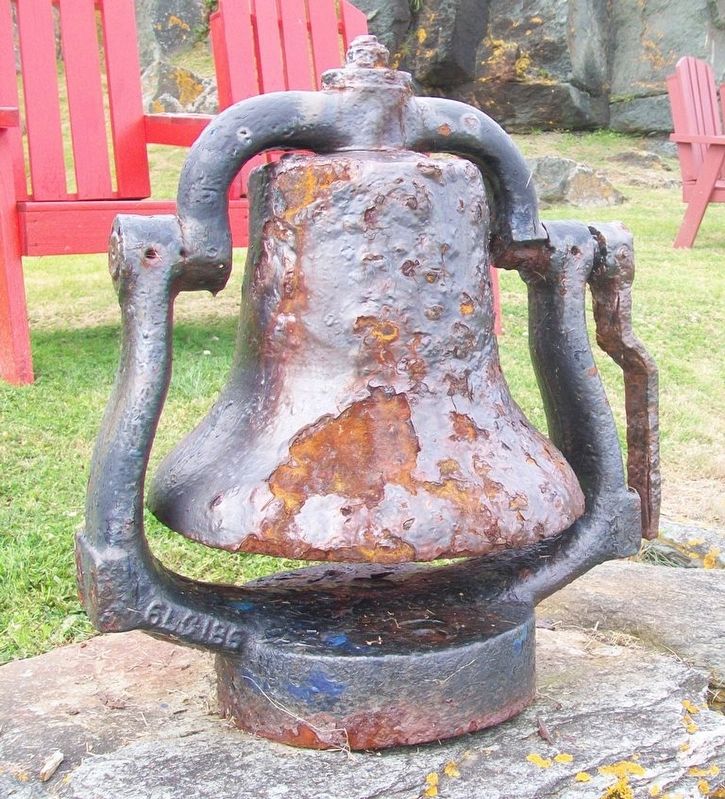