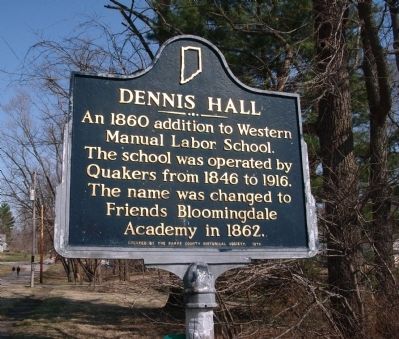 Photographed By Al Wolf, March 21, 2009
1. Dennis Hall Marker
Inscription.
Dennis Hall. Western Manual Labor School. An 1860 addition to Western Manual Labor School. The school was operated by Quakers from 1846 to 1916. The name was changed to Friends Bloomingdale Academy in 1862. . This historical marker was erected in 1970 by Parke County Historical Society. It is in Bloomingdale in Parke County Indiana

An 1860 addition to Western Manual Labor School. The school was operated by Quakers from 1846 to 1916. The name was changed to Friends Bloomingdale Academy in 1862.

Topics and series. This historical marker is listed in these topic lists: Education • Notable Buildings • Notable Places. In addition, it is included in the Indiana Historical Bureau Markers, and the Quakerism series lists. A significant historical year for this entry is 1860.

Other nearby markers. At least 8 other markers are within 5 miles of this marker, measured as the crow flies. Winning School of Parke County Indiana (about 400 feet away, measured in a direct line); Underground Railroad Station (approx. one mile away); Boyhood home of J. G. "Uncle Joe" Cannon. (approx. 1.3 miles away); Jungle Park 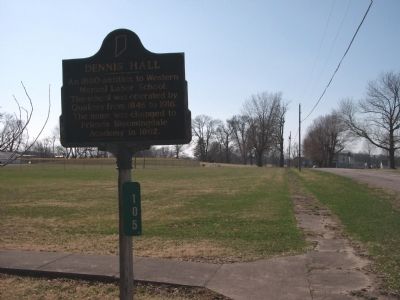 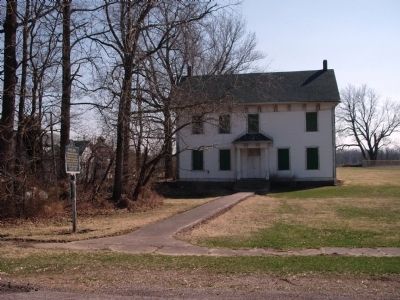 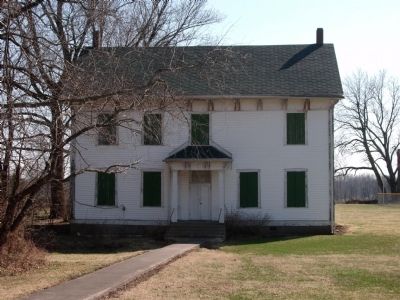 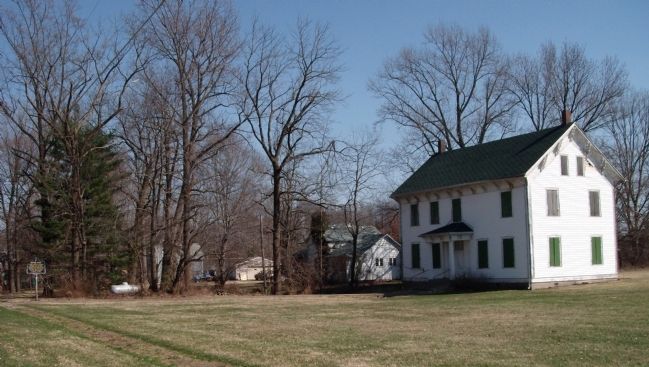 Photographed By Al Wolf, March 21, 2009
5. Looking S/E - - Dennis Hall Marker & Building
All of the buildings windows seem to be (wooden) shuttered. There is an electric meter in the meter base, but can not tell if electric is operational. For the age of the building, it looks in excellent condition and fairly well kept on its exterior.
Credits. This page was last revised on June 16, 2016. It was originally submitted on March 22, 2009, by Al Wolf of Veedersburg, Indiana. This page has been viewed 1,445 times since then and 35 times this year. Photos:   1, 2, 3, 4, 5. submitted on March 22, 2009, by Al Wolf of Veedersburg, Indiana. • Kevin W. was the editor who published this page.
Share this page.