a.k.a. the Volcano Memorial 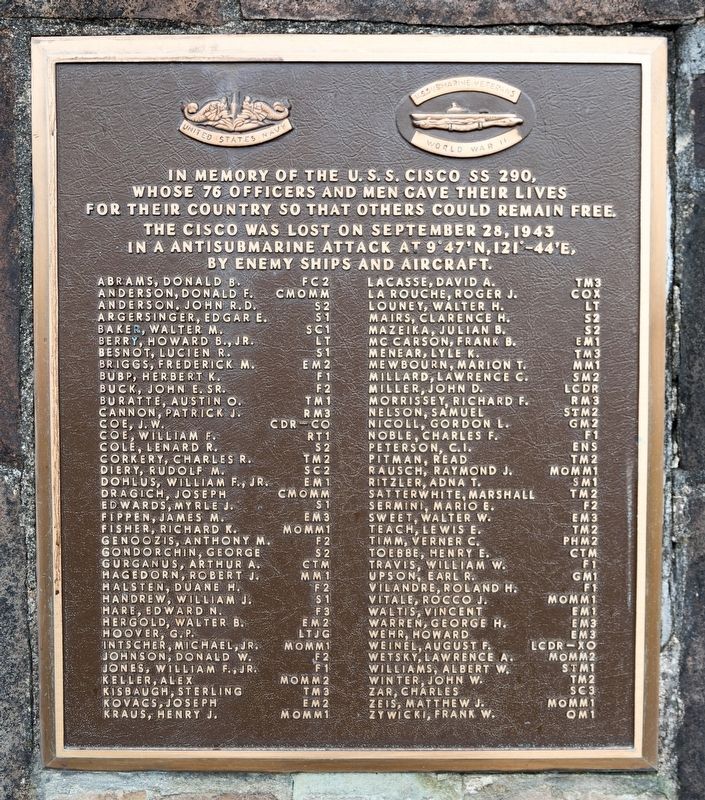 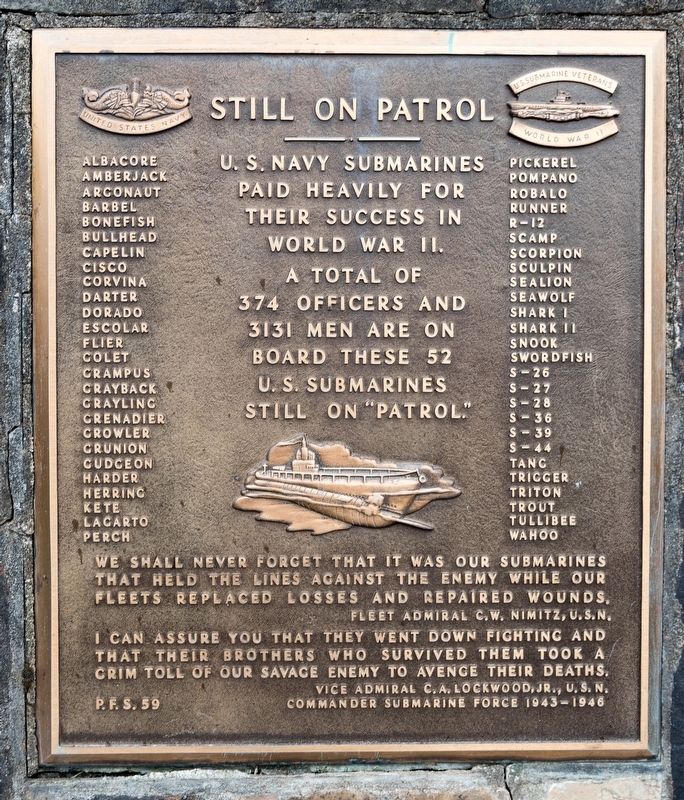 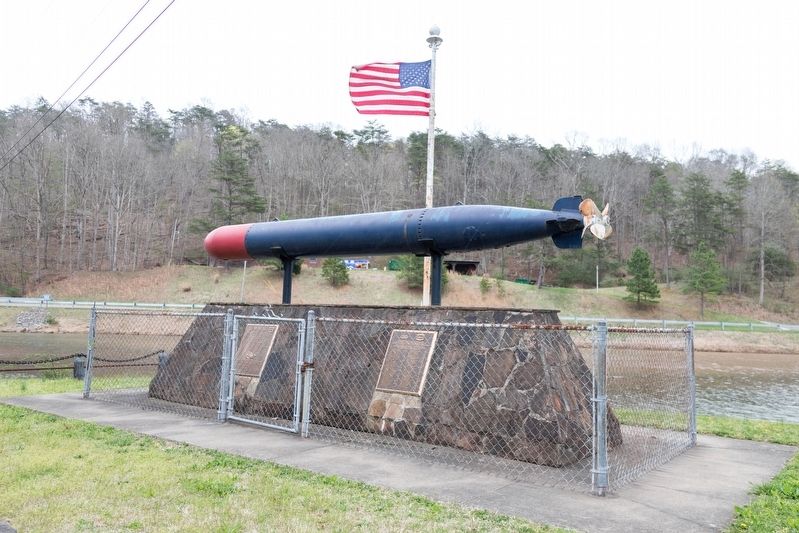 U.S. Navy submarines paid heavily for their success in World War II. A total of 374 officers and 3131 men are on board these 52 U.S. Submarines still on “patrol.”

We shall never forget that it was our submarines that held the lines against the enemy while our fleets replaced losses and repaired wounds. —Fleet Admiral C.W. Nimitz, U.S.N.

I can assure you tht they went down fighting and that their brothers who survived them took a grim toll of our savage enemy to avenge their deaths. —Vice Admiral C. A. Lockwood, Jr., U.S.N., Commander Submarine Force 1943-1946. (Marker Number P.F.S. 59.)

Topics and series. This memorial is 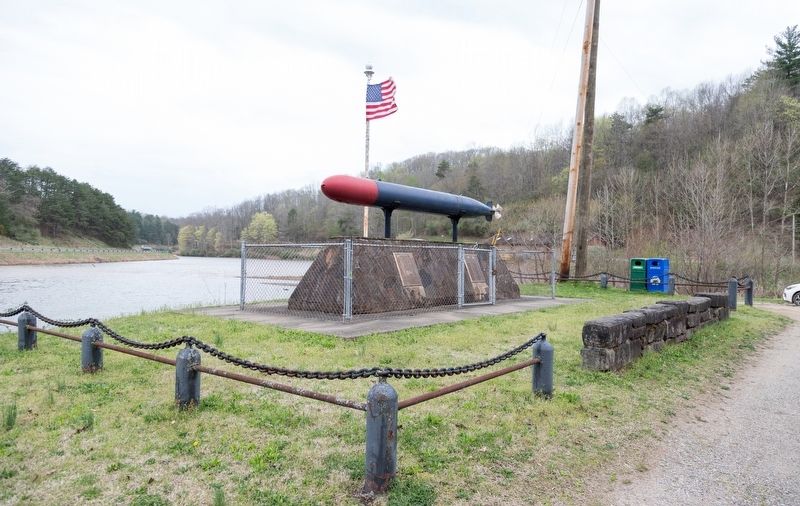