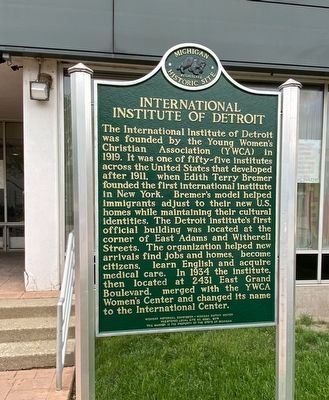 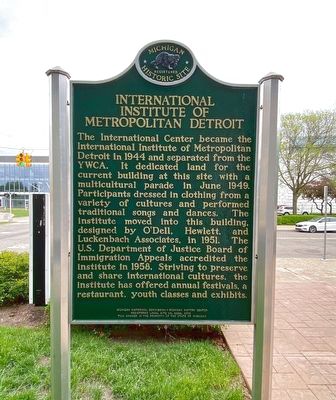 By J.T. Lambrou, May 5, 2021
2. International Institute Of Metropolitan Detroit Marker

Click or scan to see
this page online
of cultures and performed traditional songs and dances. The institute moved into this building, designed by O’Dell, Hewlett, and Luckenbach Associates, in 1951. The U.S. Department of Justice Board of Immigration Appeals accredited the institute in 1958. Striving to preserve and share international cultures, the institute has offered annual festivals, a restaurant, youth classes and exhibits.

Topics and series. This historical marker is listed in these topic lists: Charity & Public Work • Fraternal or Sororal Organizations. In addition, it is included in the Michigan Historical Commission series list. A significant historical year for this entry is 1919. 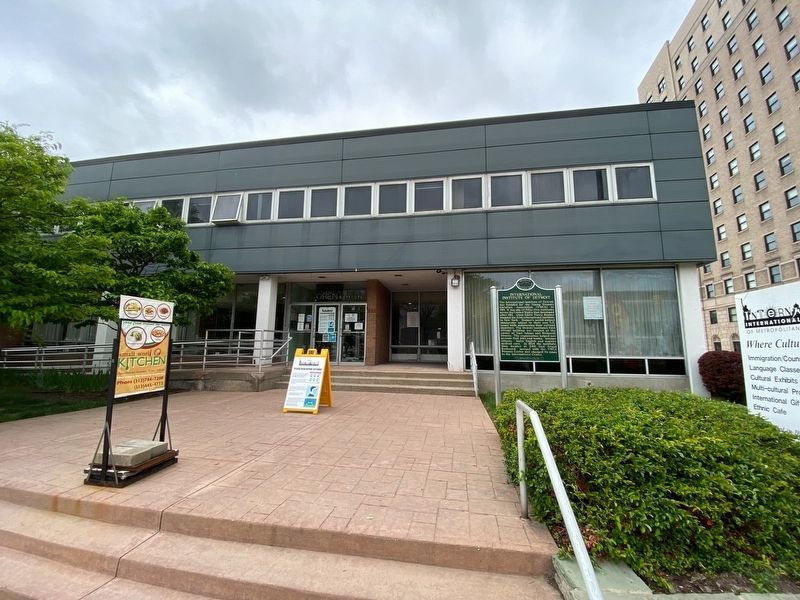 The International Institute of Metropolitan Detroit (IIMD) was founded in Detroit in 1919 by a group of YWCA volunteers, who sought to help legal immigrants learn English, appreciate freedom and democracy, become U.S. citizens, be assimilated into their new communities, and learn to understand each other's cultures.