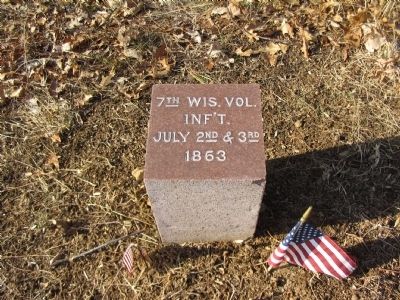 Location. 39° 49.178′ N, 77° 13.398′ W. Marker is near Gettysburg, Pennsylvania, in Adams County. Marker is at the intersection of Slocum Avenue and Williams Avenue, on the right when traveling west on Slocum Avenue. Located on the Stevens Knoll section of the Gettysburg National Battlefield Park. Touch for map. Marker is in this post office area: Gettysburg PA 17325, United States of America. Touch for directions. 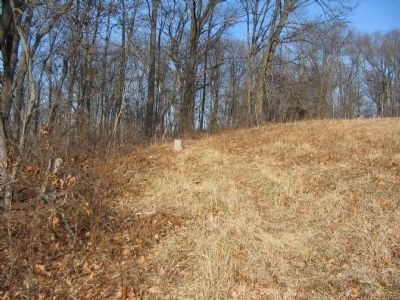 By Craig Swain, February 21, 2009
2. 7th Wisconsin Position
Looking uphill at the position marker. The raised mound in front of the marker are earthworks build by the 7th Wisconsin after occupying this position in the evening of July 1.
Click here for a list of markers that are related to this marker. 7th Wisconsin at Gettysburg