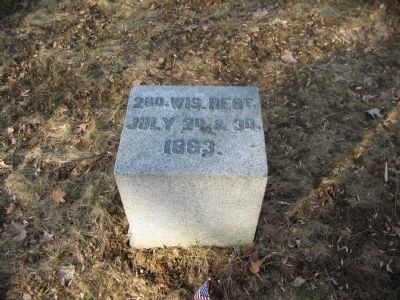 Location. 39° 49.208′ N, 77° 13.358′ W. Marker is in Cumberland Township, Pennsylvania, in Adams County. Memorial can be reached from Slocum Avenue, on the right when traveling west. Located on the Stevens Knoll section of the Gettysburg National Battlefield Park. Touch for map. Marker is in this post office area: Gettysburg PA 17325, United States of America. Touch for directions. 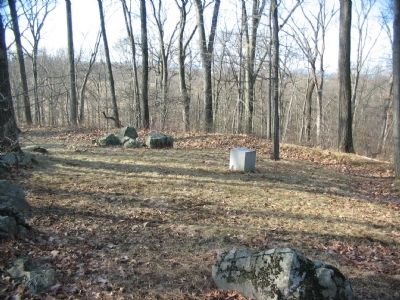 Photographed By Craig Swain, February 21, 2009
2. 2nd Wisconsin Regiment July 2 and 3 Position
The trench beyond the marker is the remains of earthworks built by the regiment after occupying this section of the battlefield in the evening of July 1. 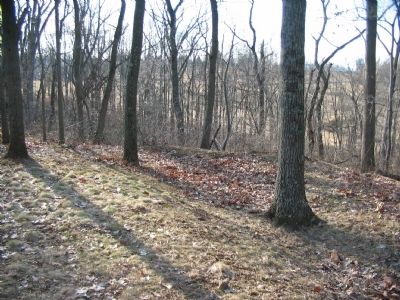 Photographed By Craig Swain, February 21, 2009
3. Federal Earthworks
Another view of the earthworks near the position marker. 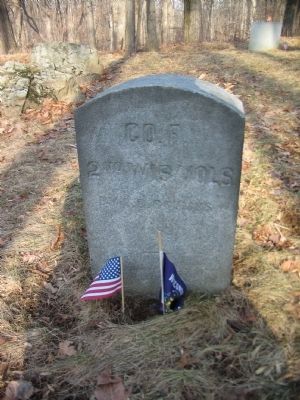 Photographed By Craig Swain, February 21, 2009
4. Company F Position Marker
Near the 2nd Wisconsin position marker is a marker indicating the portion of the line held by Company F of the regiment. 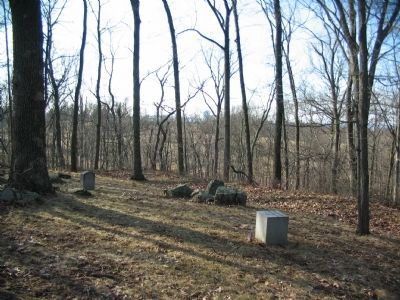