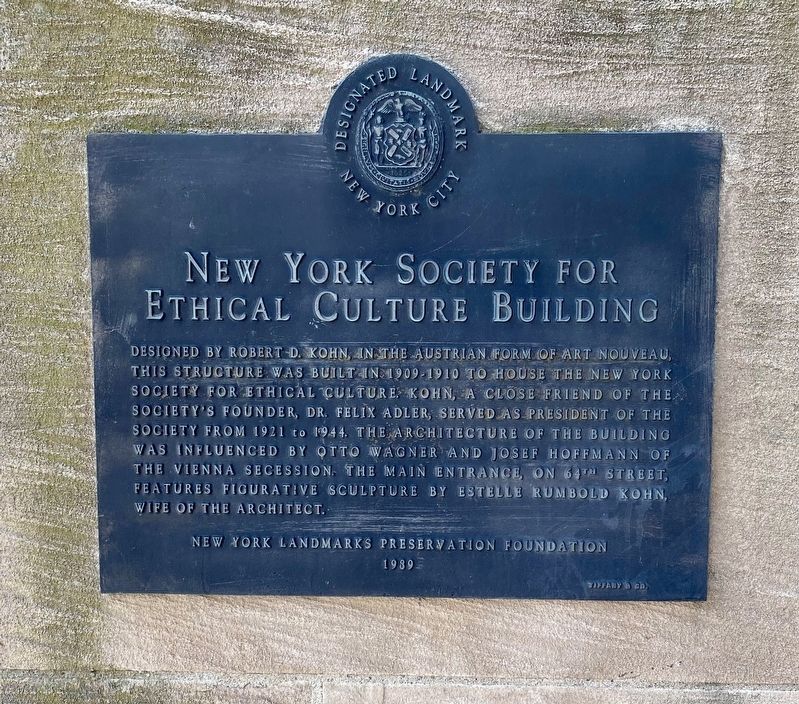 Designed by Robert D. Kohn, in the Austrian form of Art Nouveau, this structure was built in 1909-1910 to house the New York Society for Ethical Culture, Kohn, a close friend of the society's founder, Dr. Felix Adler, served as president of the society from 1921 to 1944. The architecture of the building was influenced by Otto Wagner and Josef Hoffmann of the Vienna Secession. The main entrance, on 64th street, features figurative sculpture by Estelle Rumbold Kohn, wife of the architect. 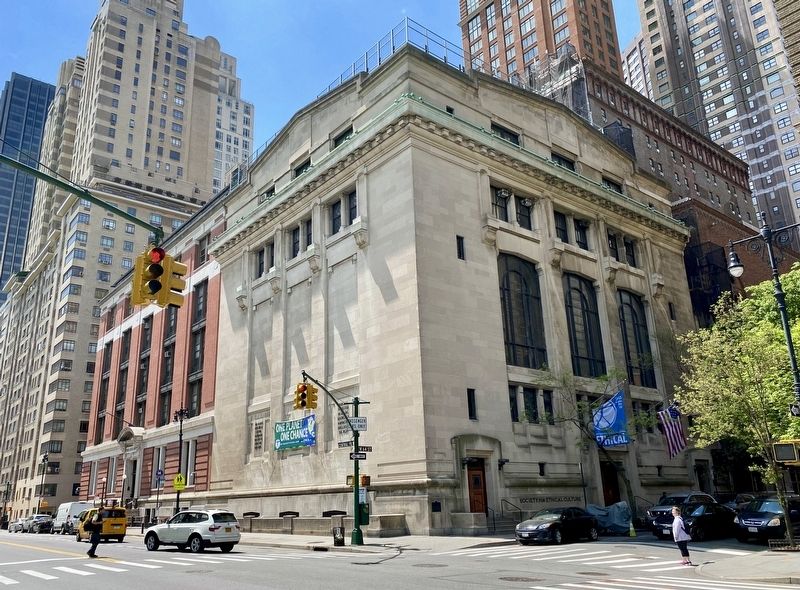 Photographed By Andrew Ruppenstein, May 2, 2021
2. New York Society for Ethical Culture Building and Marker
The marker is visible here on the corner of the building.

2. Landmark Preservation 2-pp. finding on the landmark status for this property. (Submitted on May 9, 2021.) 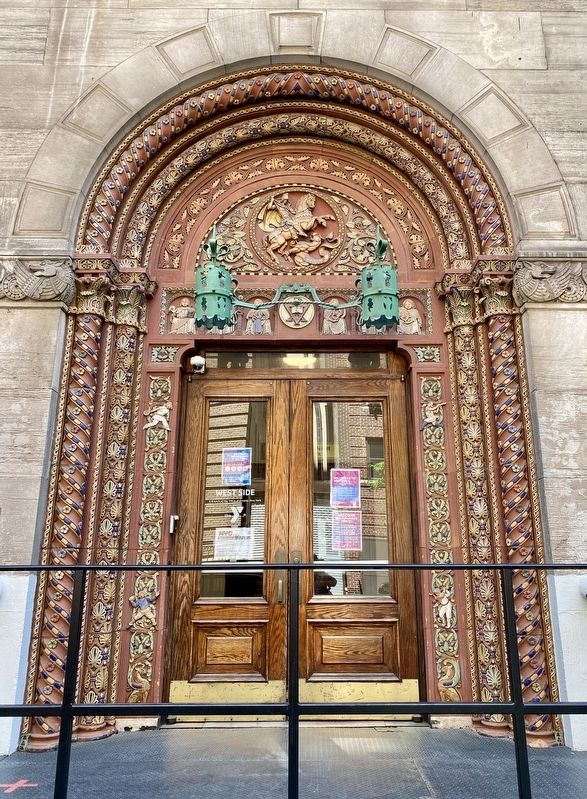