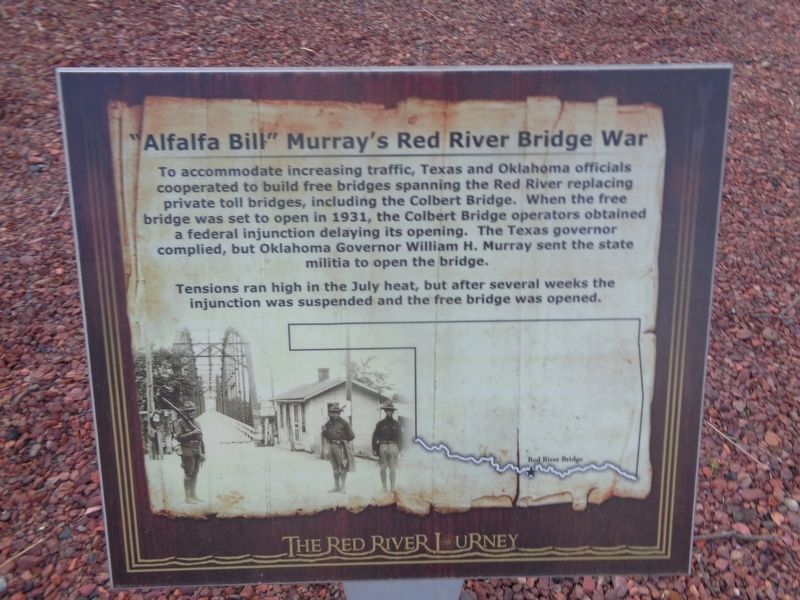 To accommodate increasing traffic, Texas and Oklahoma officials cooperated to build free bridges spanning the Red River replacing private toll bridges, including the Colbert Bridge. When the free bridge was set to open in 1931, the Colbert Bridge operators obtained a federal injunction delaying its opening. The Texas governor complied, but Oklahoma Governor William H. Murray sent the state militia to open the bridge.

Tensions ran high in the July heat, but after several weeks the injunction was suspended and the free bridge was opened.

Topics. This historical marker is listed in these topic lists: Bridges & Viaducts • Waterways & Vessels. A significant historical year for this entry is 1931.

Other nearby markers. At least 8 other markers are within walking distance of this marker. Butterfield Overland Stage (here, next to this marker); Texas Road 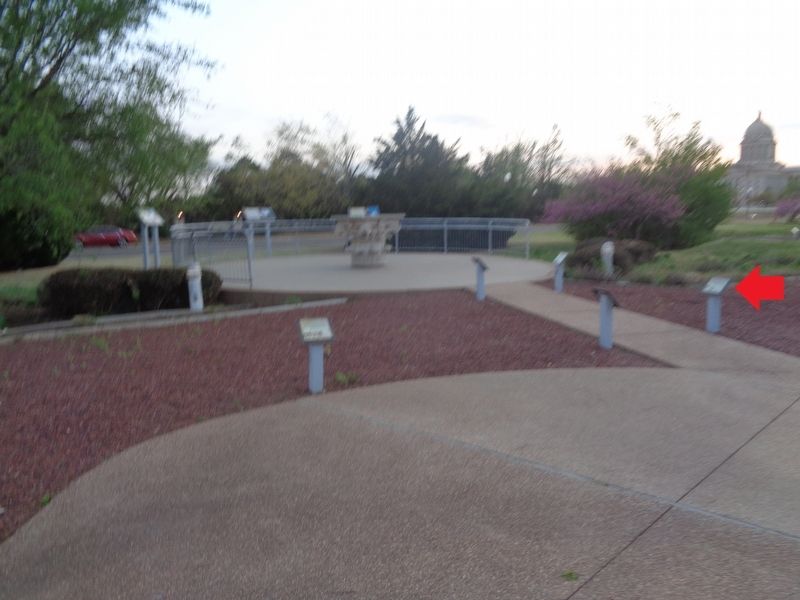