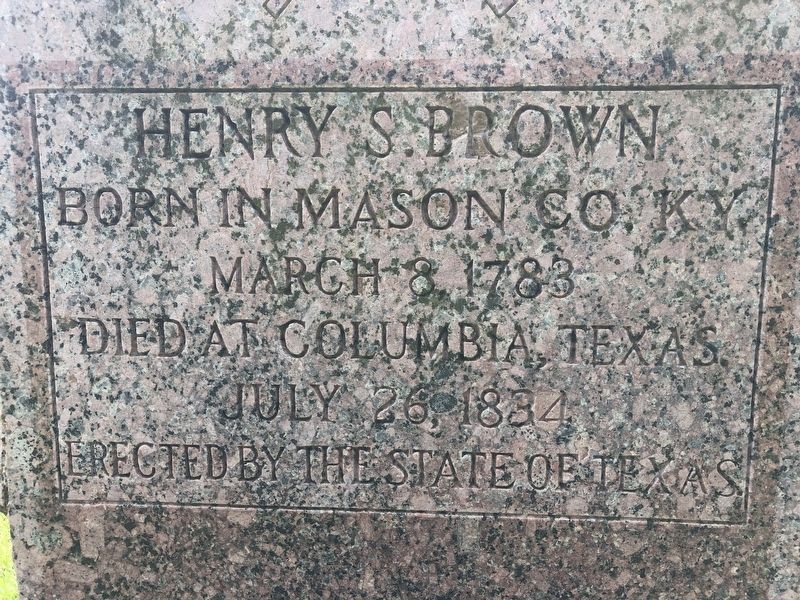 Photographed By Chris Kneupper
1. Henry S. Brown Marker
Inscription.
Henry S. Brown. . , Born in Mason Co., Ky. March 8, 1783 , Died at Columbia, Texas July 26, 1834 , Erected by the State of Texas, Reverse: , Commander of the Tex. Forces at the Battle of Velasco in 1832 , Brown County, Texas was named in his honor . This historical marker was erected in 1931 by State of Texas, Board of Control. It is in West Columbia in Brazoria County Texas

Reverse:
Commander of the Tex. Forces at the Battle of Velasco in 1832
Brown County, Texas was named in his honor

Erected 1931 by State of Texas, Board of Control.

Topics. This historical marker is listed in these topic lists: Patriots & Patriotism • Settlements & Settlers • War, Texas Independence. A significant historical year for this entry is 1832.

Location. 29° 8.389′ N, 95° 38.843′ W. Marker is in West Columbia, Texas, in Brazoria County. Marker can be reached from East Jackson Street east of South 16th Street, on the right when traveling east. This marker is located in Old Columbia Cemetery, whose main entrance is located on East Jackson Street near the intersection with South 16th Street. Touch for map. Marker is in this post office area: West Columbia TX 77486, United States of America. Touch for directions. 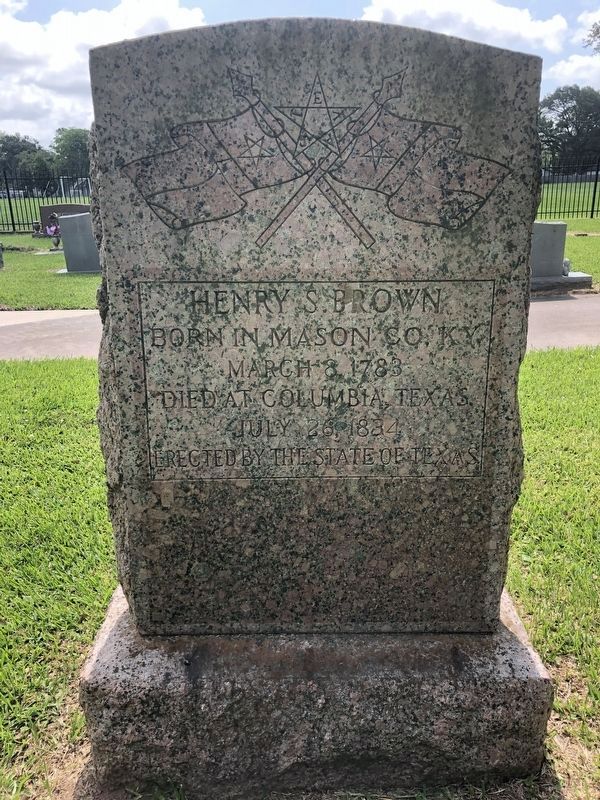 More about this marker. This marker was one of a series of markers placed at the death locations or burial sites of Texas heroes in the period of 1931-1932, in a program by the Texas Board of Control. In some cases, this program also funded the re-location of buried remains to the Texas State Cemetery, although not in this case. 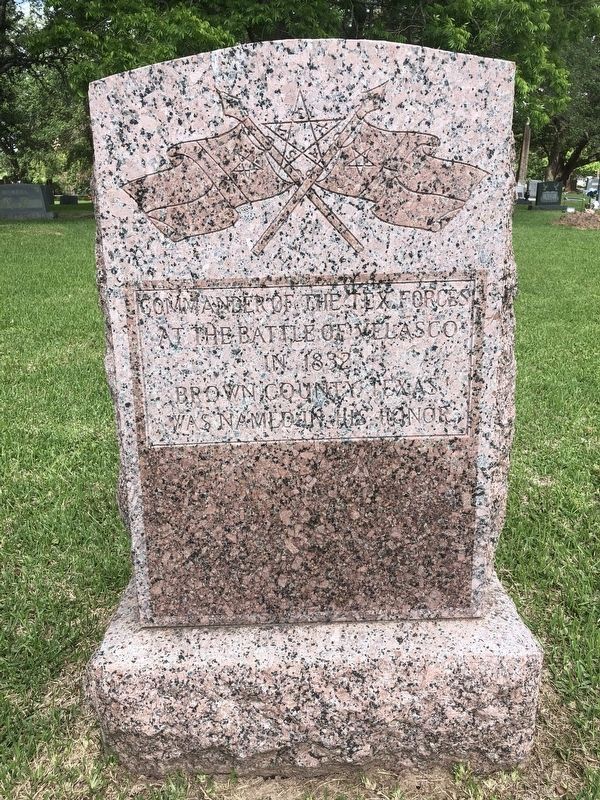 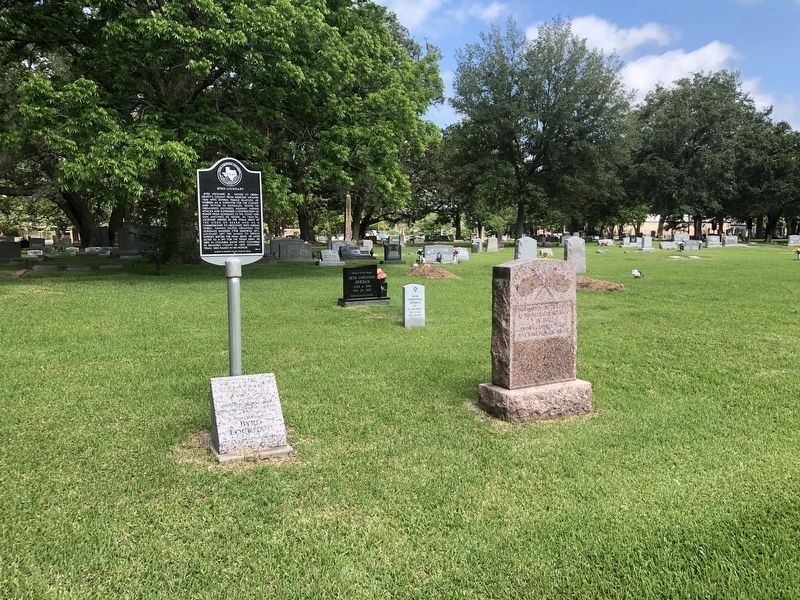 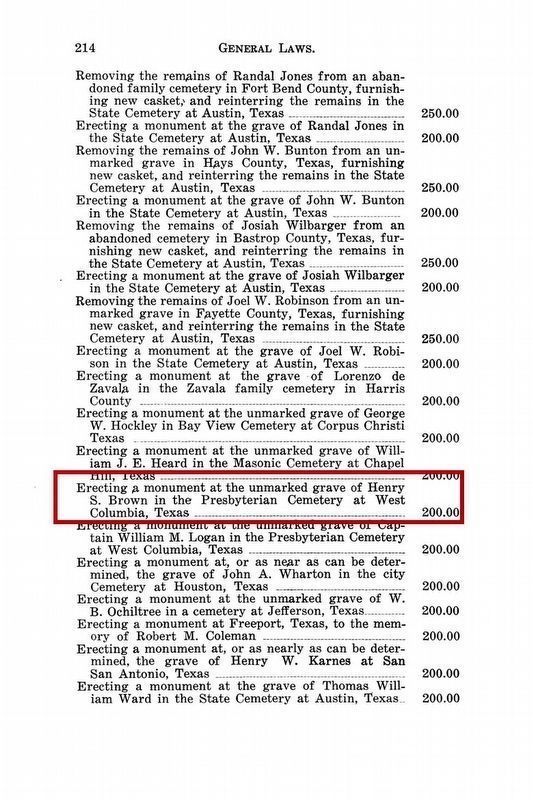