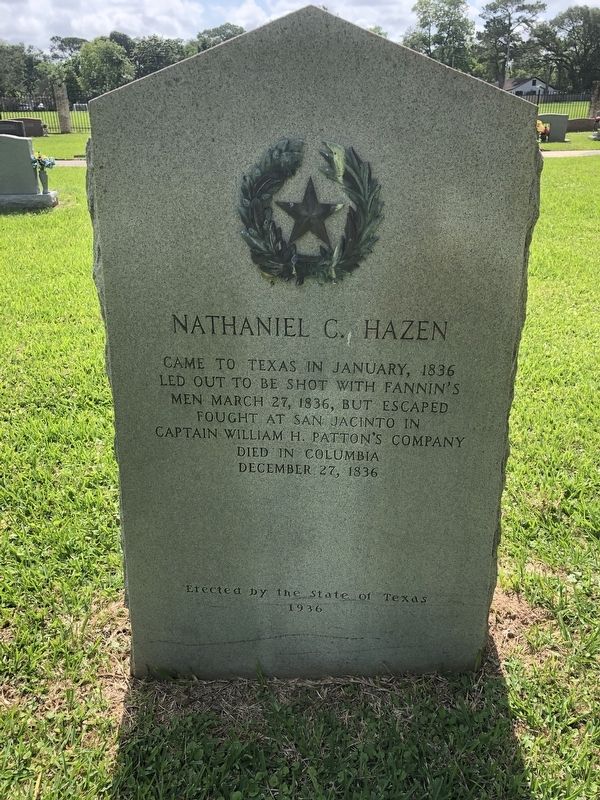 Photographed By Chris Kneupper
1. Nathaniel C. Hazen Marker
Inscription.
Nathaniel C. Hazen. . , Came to Texas in January, 1836 , Led out to be shot with Fannin's men, March 27, 1836, but escaped , Fought at San Jacinto in Captain William H. Patton's company , Died in Columbia, December 27, 1836 . This historical marker was erected in 1936 by State of Texas. It is in West Columbia in Brazoria County Texas

Topics and series. This historical marker is listed in these topic lists: Patriots & Patriotism • Settlements & Settlers • War, Texas Independence. In addition, it is included in the Texas 1936 Centennial Markers and Monuments series list. A significant historical year for this entry is 1836.

Location. 29° 8.396′ N, 95° 38.851′ W. Marker is in West Columbia, Texas, in Brazoria County. Marker can be reached from East Jackson Street east of South 16th Street, on the right when traveling east. This marker is located in Old Columbia Cemetery, whose main entrance is located on East Jackson Street near the intersection with South 16th Street. Touch for map. Marker is in this post office area: West Columbia TX 77486, United States of America. Touch for directions.

Other nearby markers. At least 8 other markers are within walking distance of this marker. John S. D. Byrom (here, next to this marker); Henry S. Brown (a few steps from 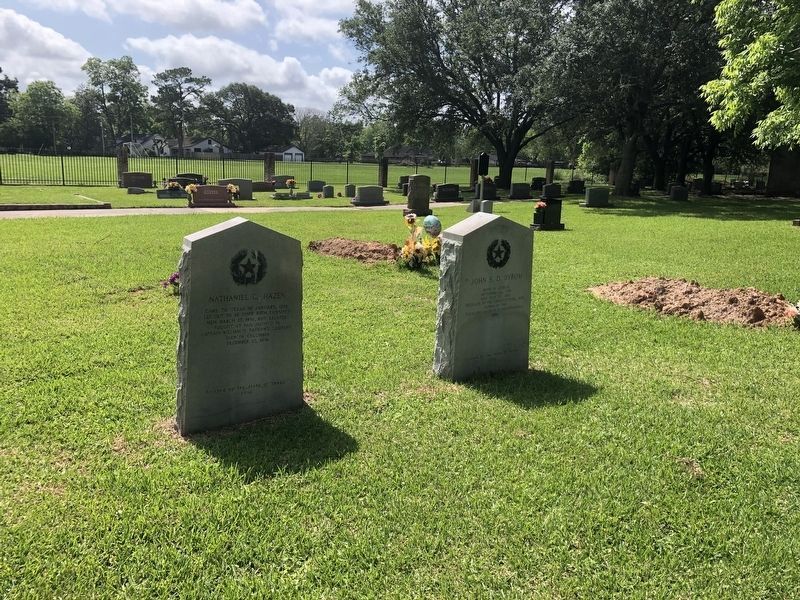