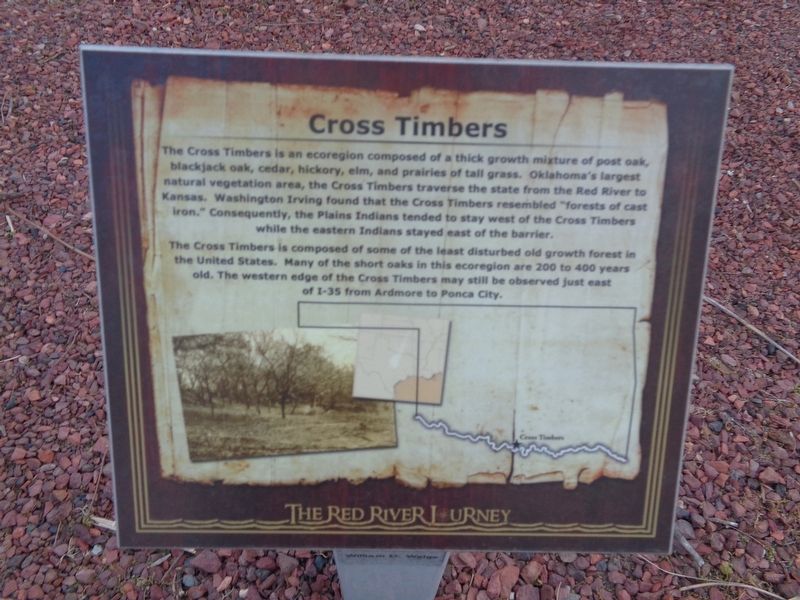 The Cross Timbers is an ecoregion composed of a thick growth mixture of post oak, blackjack oak, cedar, hickory, elm, and prairies of tall grass. Oklahoma's largest natural vegetation area, the Cross Timbers traverse the state from the Red River to Kansas. Washington Irving found that the Cross Timbers resembled "forests of cast iron." Consequently, the Plains Indians tended to stay west of the Cross Timbers while the eastern Indians stayed east of the barrier.

The Cross Timbers is composed of some of the least disturbed old growth forest in the United States. Many of the short oaks in this ecoregion are 200 to 400 years old. The western edge of the Cross Timbers may still be observed just east of I-35 from Ardmore to Ponca City.

Location. 35° 29.614′ N, 97° 29.871′ W. Marker is in Oklahoma City, Oklahoma, in Oklahoma County. Marker can be reached from Nazih Zuhdi Drive west of North Laird Avenue. Marker is part of the Red River Journey 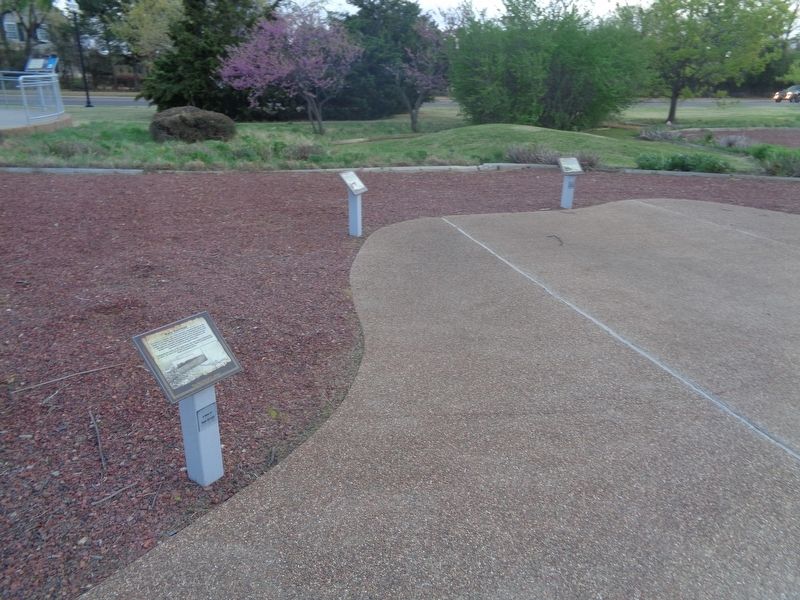 Photographed By Jason Voigt, April 9, 2021
2. Cross Timbers Marker
Marker is on the right.

Click or scan to see
this page online
pathway, which is on the grounds of the Oklahoma History Center. Touch for map. Marker is at or near this postal address: 800 Nazih Zuhdi Drive, Oklahoma City OK 73104, United States of America. Touch for directions.