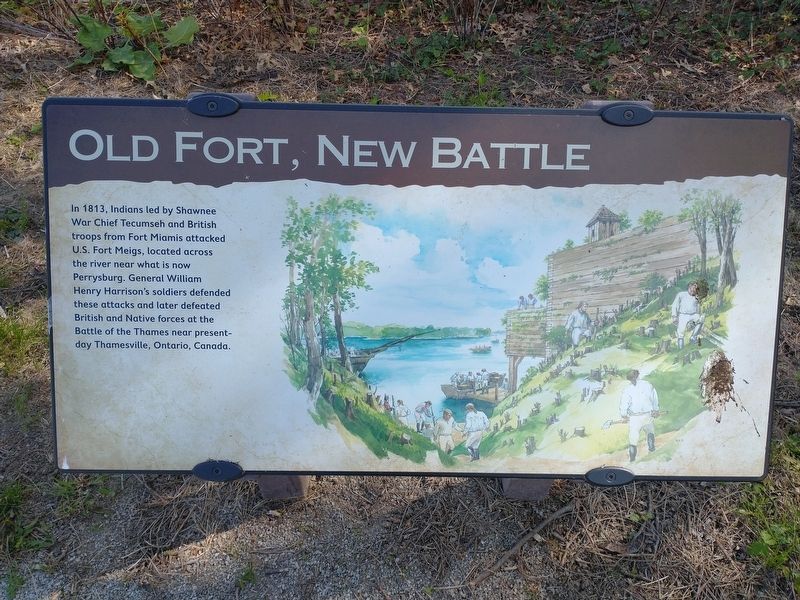 In 1813, Indians led by Shawnee War Chief Tecumseh and British troops from Fort Miamis attacked U.S. Fort Meigs, located across the river near what is now Perrysburg. General William Henry Harrison's soldiers defended these attacks and later defeated British and Native forces at the Battle of the Thames near present- day Thamesville, Ontario, Canada.

Topics and series. This historical marker is listed in these topic lists: Forts and Castles • Native Americans • War of 1812. In addition, it is included in the Former U.S. Presidents: #09 William Henry Harrison series list. A significant historical year for this entry is 1813. 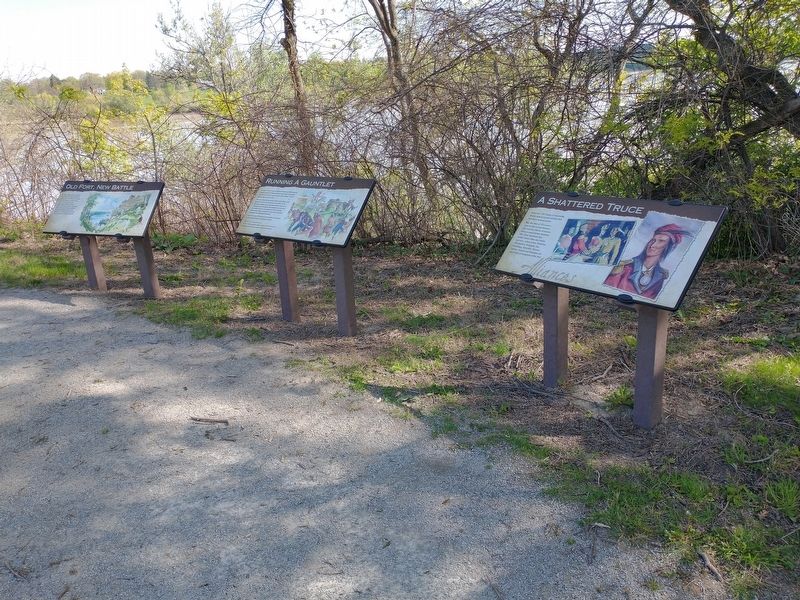