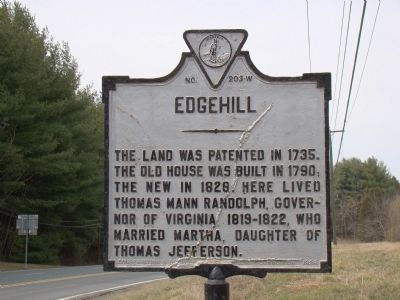 Photographed By J. J. Prats, March 8, 2009
1. Edgehill Marker
Inscription.
Edgehill. . The land was patented in 1735. The old house was built in 1790; the new in 1828. Here lived Thomas Mann Randolph, governor of Virginia 1819–1922, who married Martha, daughter of Thomas Jefferson. . This historical marker was erected in 1928 by Conservation and Development Commission. It is Near Shadwell in Albemarle County Virginia

Topics and series. This historical marker is listed in this topic list: Notable Places. In addition, it is included in the Virginia Department of Historic Resources series list. A significant historical year for this entry is 1735.

Location. This marker has been replaced by another marker nearby. It was located near 38° 0.917′ N, 78° 23.933′ W. Marker was near Shadwell, Virginia, in Albemarle County. Marker was at the intersection of Richmond Road (U.S. 250) and Louisa Road (Virginia Route 22), on the right when traveling west on Richmond Road. Touch for map. Marker was in this post office area: Charlottesville VA 22911, United States of America. Touch for directions.

Other nearby markers. At least 8 other markers are within 3 miles of this location, measured as the crow flies. A different marker also named Edgehill (within shouting distance of this marker); "The Albemarle 26" 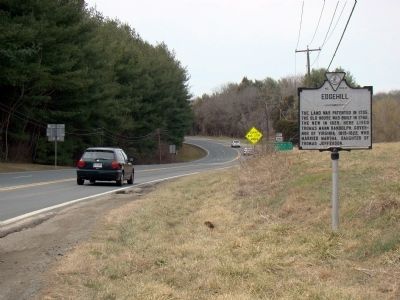 Also see . . .  Edgehill 1982 National Register of Historic Places Final Nomination. “Beautifully sited among the rolling hills of eastern Albamrle County, in view of Monticello, Edgehill was originally the home of Thomas Jefferson Randolph, favorite grandson of Thomas Jefferson. It was Randolph who served as his grandfather's executor and it was to him that Jefferson bequeathed his business and personal papers. Tne stately though conservative brick house was built in 1828 and is attributed on the basis of style and workmanship to the University of Virginia builders William B. Phillips and Malcolm F. Crawford. Standing near the house is a simple wooden dwelling that had served as the residence of Thomas Mann Randolph and his wife, Martha Jefferson Randolph, before Thomas Jefferson Randolph acquired the property in 1826 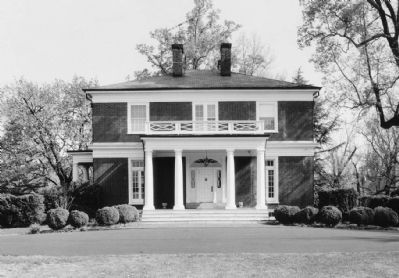