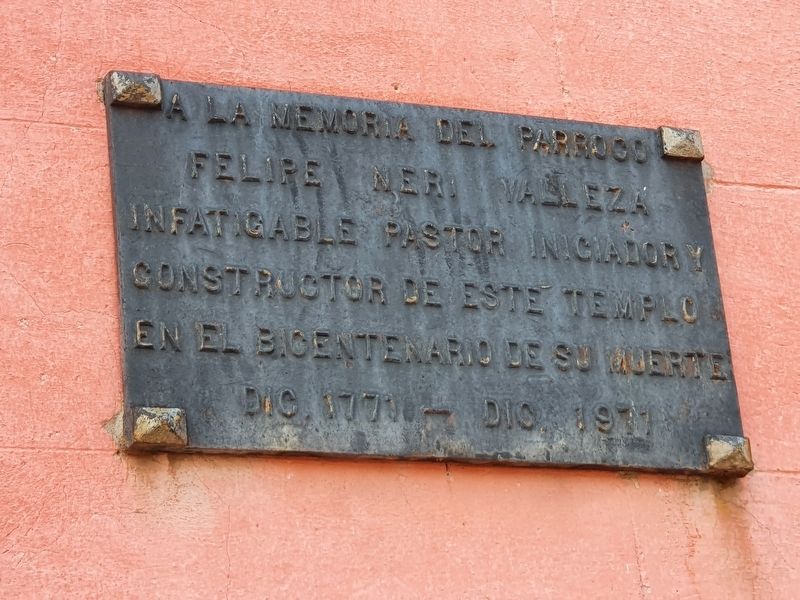 By J. Makali Bruton, May 16, 2021
1. Felipe Neri Vallez Marker
Inscription.
English translation: , To the memory of the Parish Priest Felipe Neri Vallez , Untiring pastor, he began and finished the construction of this temple. On the bicentennial of his death , December 1771 – December 1971 . This historical marker was erected in 1977. It is in Tlalpujahua in Municipality of Tlalpujahua Michoacán Mexico