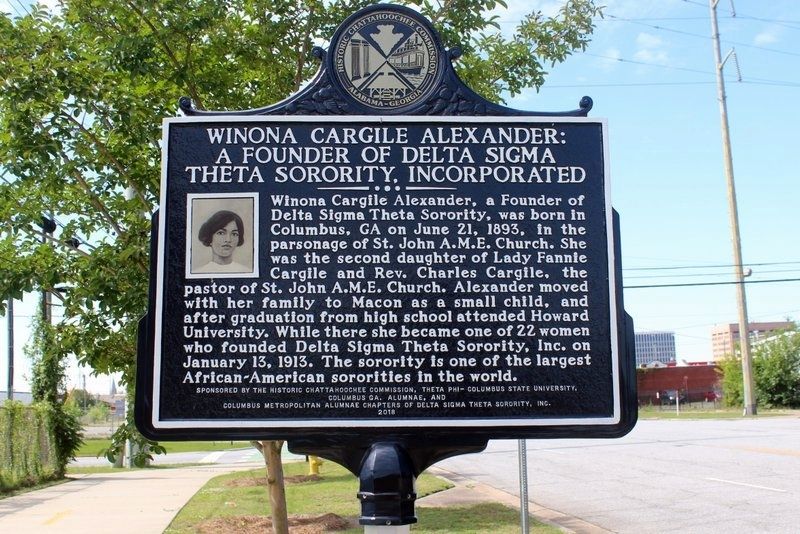 Winona Cargile Alexander, a Founder of Delta Sigma Theta Sorority, was born in Columbus, GA on June 21, 1893, in the parsonage of St. John A.M.E. Church. She was the second daughter of Lady Fannie Cargile and Rev. Charles Cargile, the pastor of St. John A.M.E. Church. Alexander moved with her family to Macon as a small child, and after graduation from high school attended Howard University. While there she became one of 22 women who founded Delta Sigma Theta Sorority, Inc. on January 13, 1913. The sorority is one of the largest African-American sororities in the world.

Topics. This historical marker is listed in these topic lists: African Americans • Churches & Religion • Fraternal or Sororal Organizations. A significant historical date for this entry is June 21, 1893. 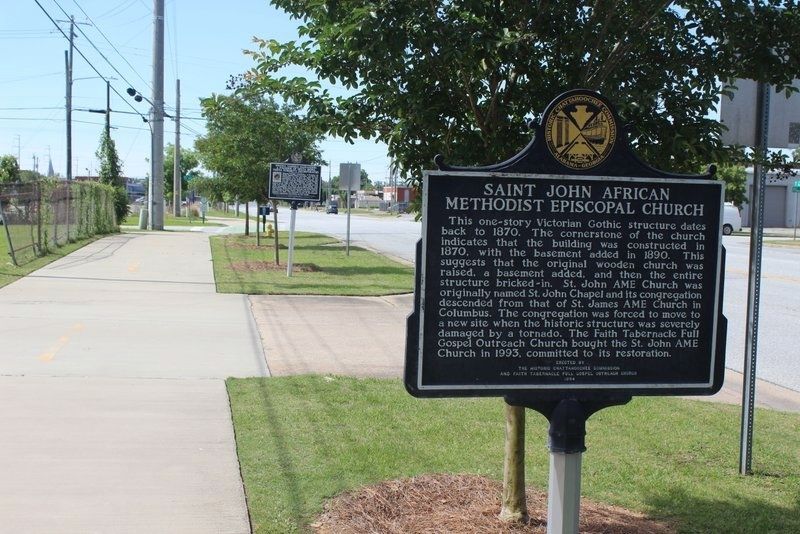 Click or scan to see
this page online
on 5th Avenue just north of 15th Street, on the right when traveling north. Marker is on the grounds of St. John A.M.E. Church. Touch for map. Marker is at or near this postal address: 1516 5th Avenue, Columbus GA 31906, United States of America. Touch for directions.

Also see . . .
1. Winona Cargile Alexander. "Winona Cargile Alexander (June 21, 1893 – October 16, 1984) was a founder of Delta Sigma Theta sorority, Incorporated at Howard University on January 13, 1913. It was the second sorority founded for and by African-American women and was influential in women's building civic institutions and charities. In 1915, she was the first black admitted to the New York School of Philanthropy (now Columbia University's School of Social Work), where she received a graduate fellowship for her studies. She was the first African-American hired as a social worker in New York." source: Wikipedia (Submitted on May 17, 2021, by Tim Fillmon of Webster, Florida.) 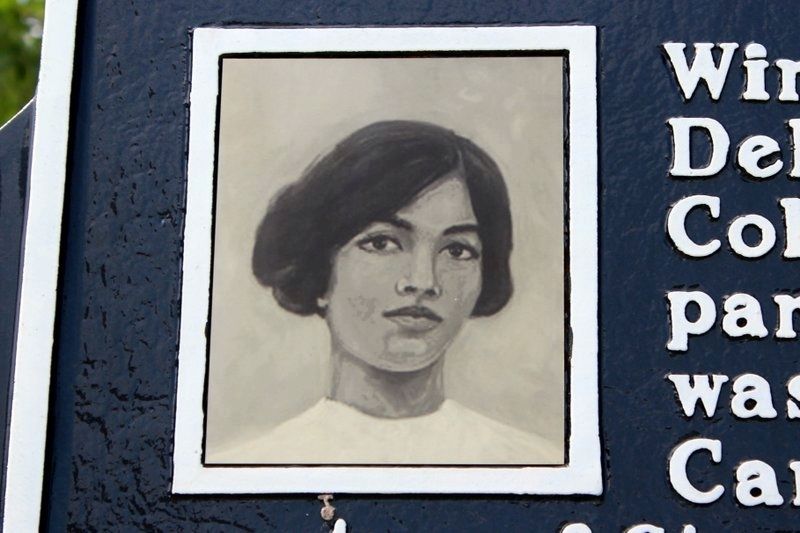 3. Delta Sigma Theta Sorority, Inc. (ΔΣΘ). "Delta Sigma Theta Sorority, Inc. (ΔΣΘ) is a historically African American sorority. The organization was founded by college-educated women dedicated to public service with an emphasis on programs that assist the African American community. Delta Sigma Theta was founded on January 13, 1913, by twenty-two women at Howard University in Washington, D.C. Membership is open to any woman who meets the requirements, regardless of religion, race, or nationality. Women may join through undergraduate chapters at a college or university, or through an alumnae chapter after earning a college degree." source: Wikipedia (Submitted on June 11, 2021, by Byron Hooks of Sandy Springs, Georgia.)
Credits. This page was last revised on June 11, 2021. It was originally submitted on May 17, 2021, by Tim Fillmon of Webster, Florida. This page has been viewed 340 times since then and 230 times this year. Photos:   1, 2, 3. submitted on May 17, 2021, by Tim Fillmon of Webster, Florida.
Share this page.