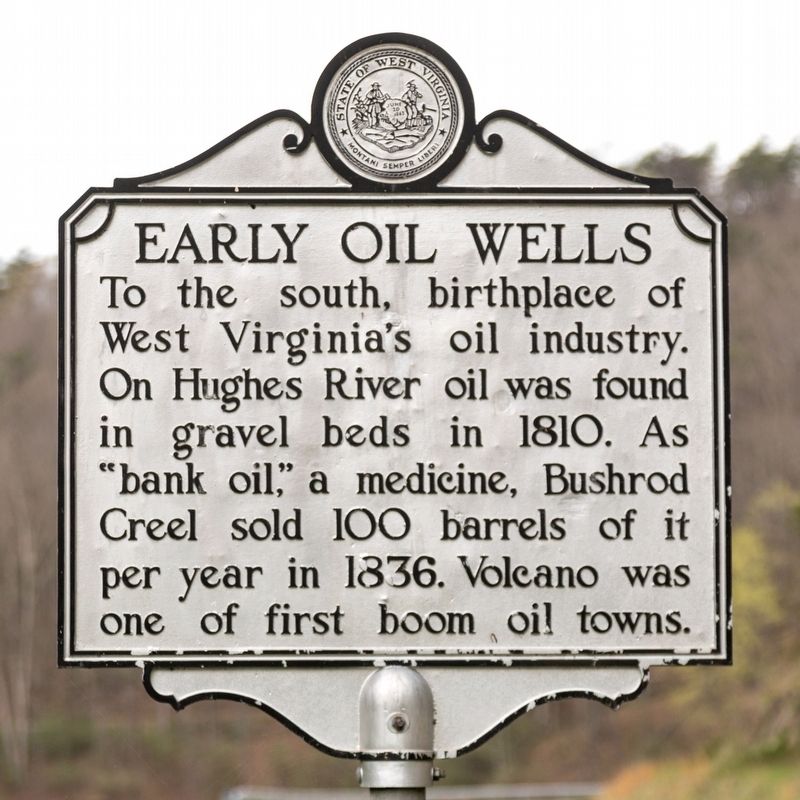 Photographed By J. J. Prats, April 10, 2021
1. Early Oil Wells Marker
Inscription.
Early Oil Wells. . To the south, birthplace of West Virginia’s oil industry. On Hughes River oil was found in gravel beds in 1810. As “bank oil,” a medicine, Bushrod Creel sold 100 barrels of it per year in 1836. Volcano was one of first boom oil towns. . This historical marker is Near Petroleum in Wood County West Virginia

To the south, birthplace of West Virginia’s oil industry. On Hughes River oil was found in gravel beds in 1810. As “bank oil,” a medicine, Bushrod Creel sold 100 barrels of it per year in 1836. Volcano was one of first boom oil towns.

Topics. This historical marker is listed in this topic list: Industry & Commerce. A significant historical year for this entry is 1810.

Location. 39° 14.624′ N, 81° 18.192′ W. Marker is near Petroleum, West Virginia, in Wood County. Marker is on Volcano Road (County Route 5) near the boat dock parking lot, on the right when traveling south. It is in Mountwood Park. Touch for map. Marker is in this post office area: Walker WV 26180, United States of America. Touch for directions. 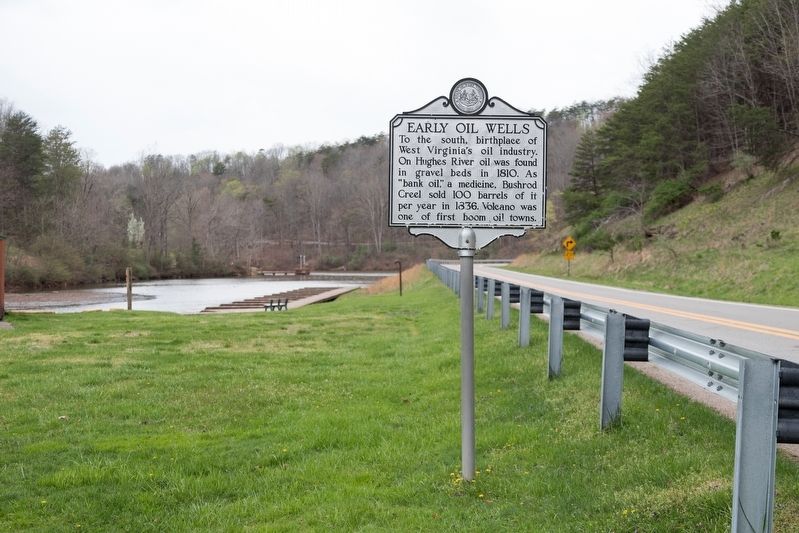 Click or scan to see
this page online
miles away); Camp Kootaga (approx. 7.4 miles away); Dunmore’s Camp (approx. 7½ miles away). Touch for a list and map of all markers in Petroleum.

Regarding Early Oil Wells. The petroleum boom town of Volcano went bust in 1879, and the town no longer exists. But oil was still extracted from its fields until 1974. See adjacent marker for unique contraption that powered the oil pumps until the end.

Volcano is a ghost town in Wood County, West Virginia. It burned to the ground in 1879 and was never rebuilt. It was a petroleum town. Gas flares at night made the skyline appear like a volcano, hence the name.

The Volcano oil field was discovered in 1860, according to the West Virginia Geological and Economic Survey (WVGES), “and from 1865 to 1870, drilling was very active, producing from the Salt sand at a depth of about 360 feet. The heavy lubricants produced led to the development of West Virginia's first oil pipeline, from Volcano to Parkersburg, in 1879.”

In 1874, W.C. Stiles, Jr., employed the endless-wire method of pumping many wells from a central engine, “a technique he invented,” according to the WVGES. “Using 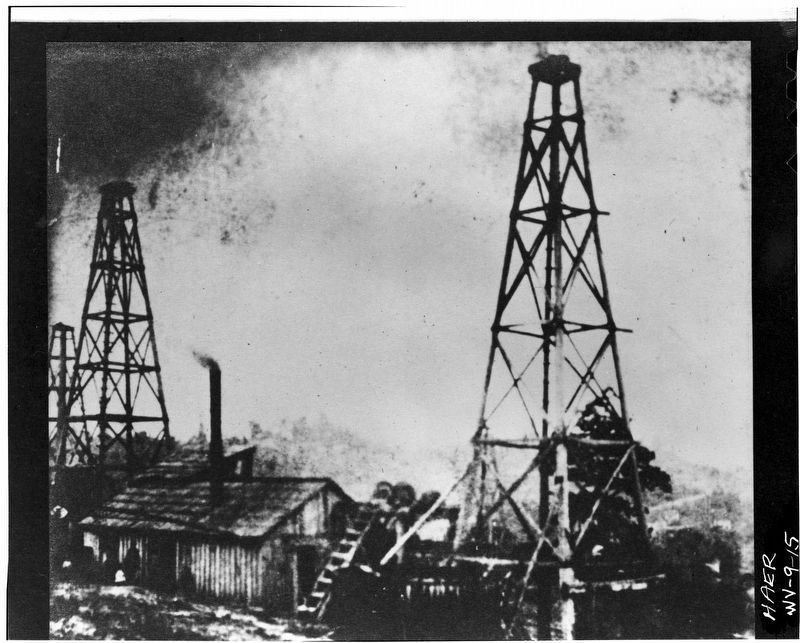 Original owned by Albert M. Stiles, Jr., via Library of Congress, 1907
3. Up the Hill, South of the Town of Volcano
wheels, belts, and cables, perhaps as many as 40 wells could be pumped by one engine. One of the systems operated until 1974.”

The Volcano town-site is located south of the US-50 expressway at the junction of Wood County Routes 5 and 28.