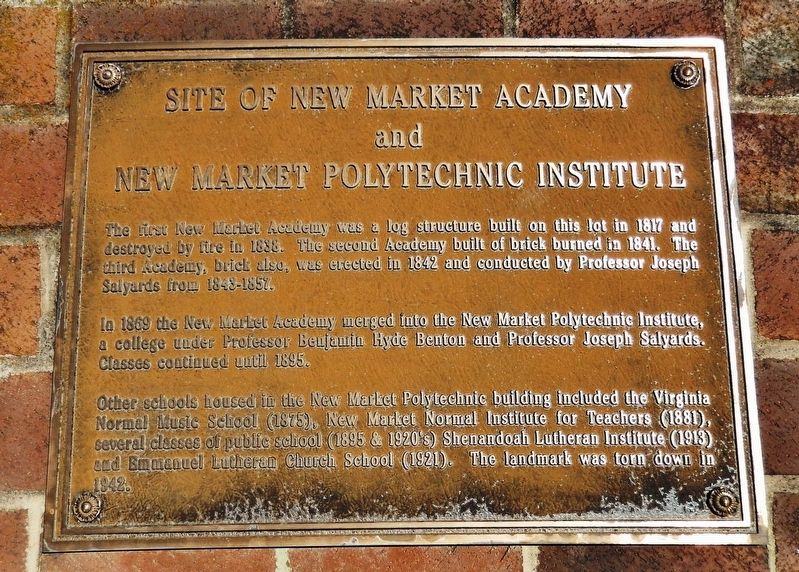 Other schools housed in the New Market Polytechnic building included the Virginia Normal Music School (1875), new Market Normal Institute for Teachers (1881), several classes of public school (1895 and 1920’s), Shenandoah Lutheran Institute (1913) and Emmanuel Lutheran Church School (1921). The landmark was torn down in 1942. . This historical marker is in New Market in Shenandoah County Virginia

The first New Market Academy was a log structure built on this lot in 1817 and destroyed by fire in 1838. The second Academy built of brick burned in 1841. The third Academy, brick also, was erected in 1842 and conducted by Professor Joseph Salyards from 1843-1857.

Topics. This historical marker is listed in this topic list: Education. A significant historical year for this entry is 1817.

Location. 38° 38.767′ N, 78° 40.298′ W. Marker is in New Market, Virginia, in Shenandoah County. Marker is on John Sevier Road just south of East Lee Street, on the right when traveling north. Marker is located beside 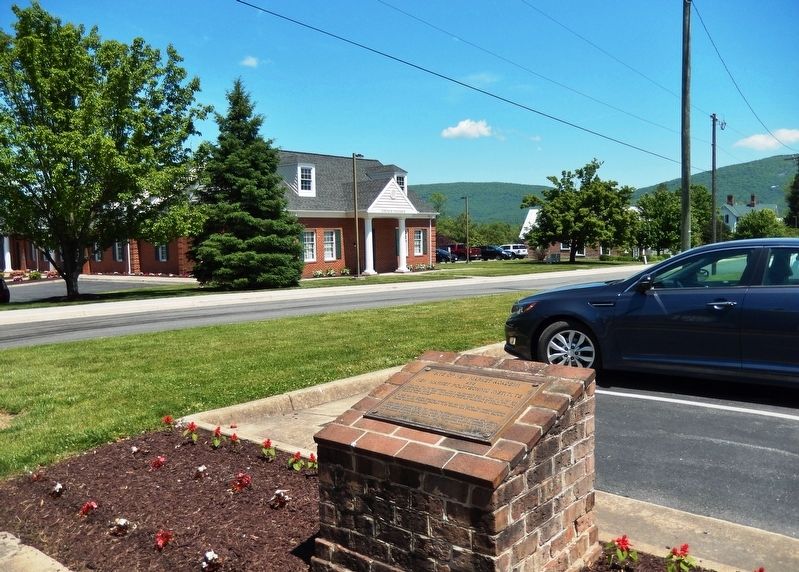 Click or scan to see
this page online
the sidewalk near the southeast corner of the intersection. Touch for map. Marker is in this post office area: New Market VA 22844, United States of America. Touch for directions.