Traveler Was Tethered on This Spot 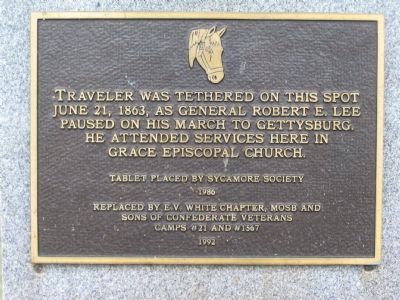 Traveler was tethered on this spot June 21, 1863, as General Robert E. Lee paused on his march to Gettysburg. He attended services here in Grace Episcopal Church.

Location. 39° 9.13′ N, 77° 58.8′ W. Marker is in Berryville, Virginia, in Clarke County. Marker is on North Church Street, on the right. Opposite the main sanctuary of the Grace Episcopal Church, at the entrance way to the Clarke County Courthouse parking area. Touch for map. Marker is in this post office area: Berryville VA 22611, United States of America. Touch for directions. 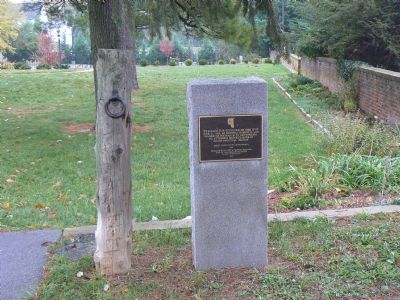 Photographed By Franklin Bell, November 10, 2007
2. Tether Post Next to Marker 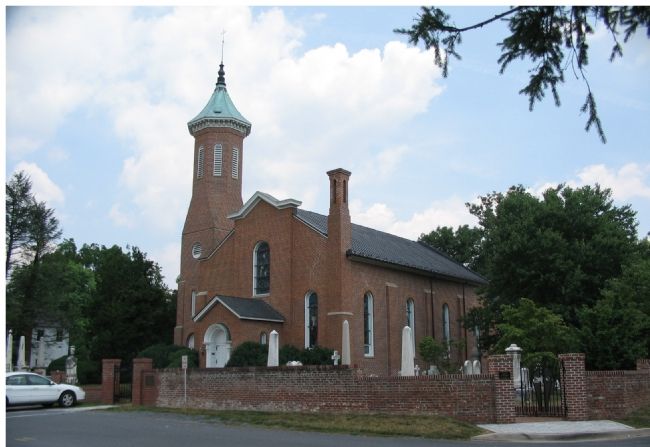 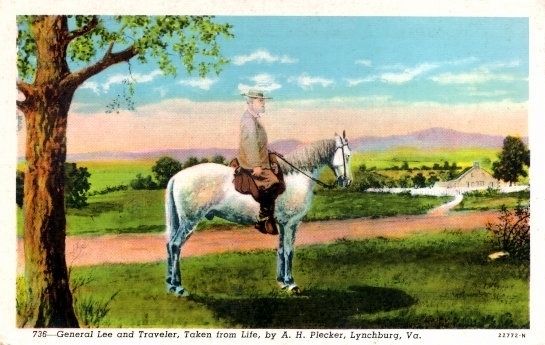