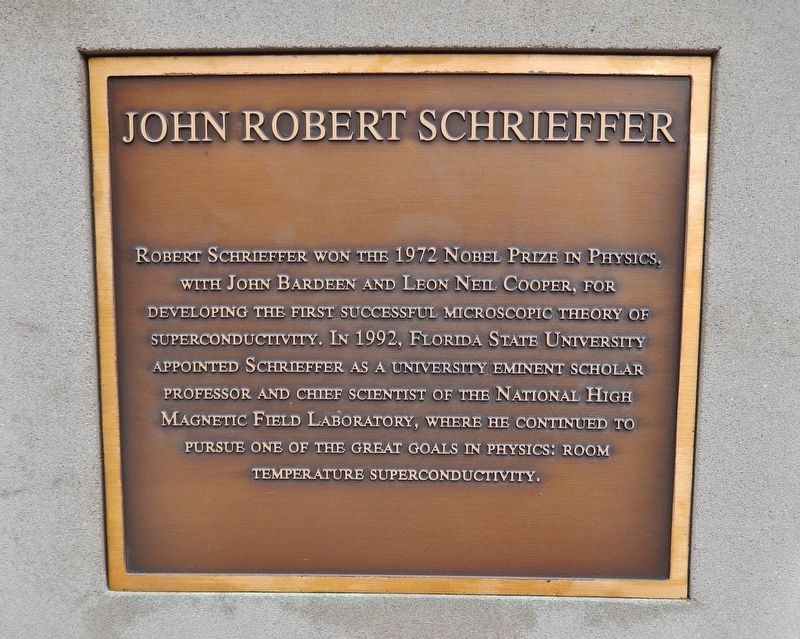 Robert Schrieffer won the 1972 Nobel Prize in Physics, with John Bardeen and Leon Neil Cooper, for developing the first successful microscopic theory of superconductivity. In 1992, Florida State University appointed Schrieffer as a university eminent scholar professor and chief scientist of the National High Magnetic Field Laboratory, where he continued to pursue one of the great goals in physics: room temperature superconductivity.

Topics. This historical marker is listed in these topic lists: Education • Science & Medicine. A significant historical year for this entry is 1972.

Location. 30° 26.694′ N, 84° 18.298′ W. Marker is in Tallahassee, Florida, in Leon County. Marker can be reached from West Call Street east of Stadium Drive, on the right when traveling east. Marker is located on the Florida State University campus, along the Nobel Laureate Walk on the east side of the Medical Research Building. Touch for map. Marker is at or near this postal address: 1115 West Call Street, Tallahassee FL 32304, United States of America. Touch for directions.

Other nearby markers. At least 8 other markers are within walking distance of this marker. Robert Sanderson Mulliken (a few steps from this marker); James M. Buchanan 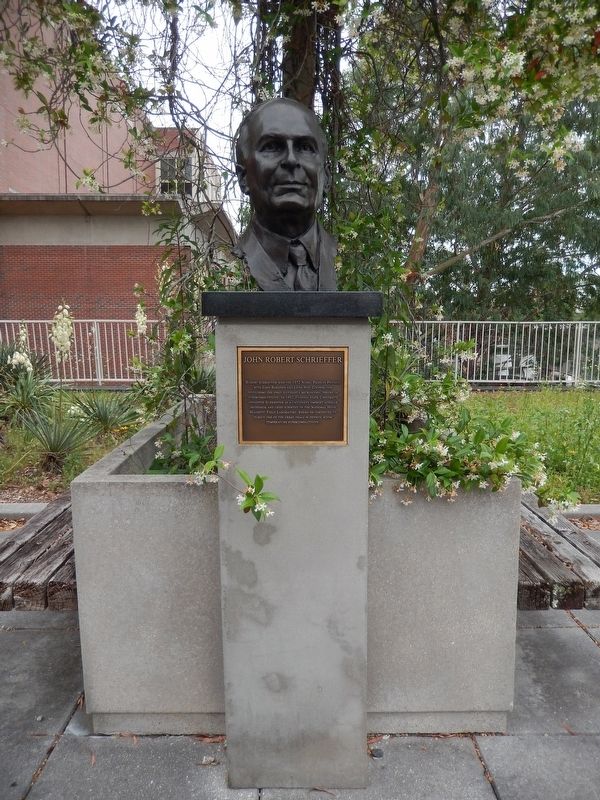 Related markers. Click here for a list of markers that are related to this marker. Florida State University Nobel Laureate Walk

Also see . . .
1. John Robert Schrieffer (Wikipedia). Schrieffer recalled that in January 1957 he was on a subway in New York City when he had an idea of how to describe mathematically the ground state of superconducting electrons. Schrieffer and Bardeen's collaborator Cooper had discovered that electrons in a superconductor are grouped in pairs, now called Cooper pairs, and that the motions of all Cooper pairs within a single superconductor are correlated and function as a single entity due to phonon-electron interactions. Schrieffer's mathematical

Photographed By Cosmos Mariner, May 2, 2021
3. Florida State University Nobel Laureate Walk
John Robert Schrieffer memorial visible on left side.
breakthrough was to describe the behavior of all Cooper pairs at the same time, instead of each individual pair. The day after returning to Illinois, Schrieffer showed his equations to Bardeen, who immediately realized they were the solution to the problem. The BCS theory (Bardeen-Cooper-Schrieffer) of superconductivity, as it is now known, accounted for more than 30 years of experimental results that had stymied some of the greatest theorists in physics. (Submitted on May 23, 2021, by Cosmos Mariner of Cape Canaveral, Florida.) 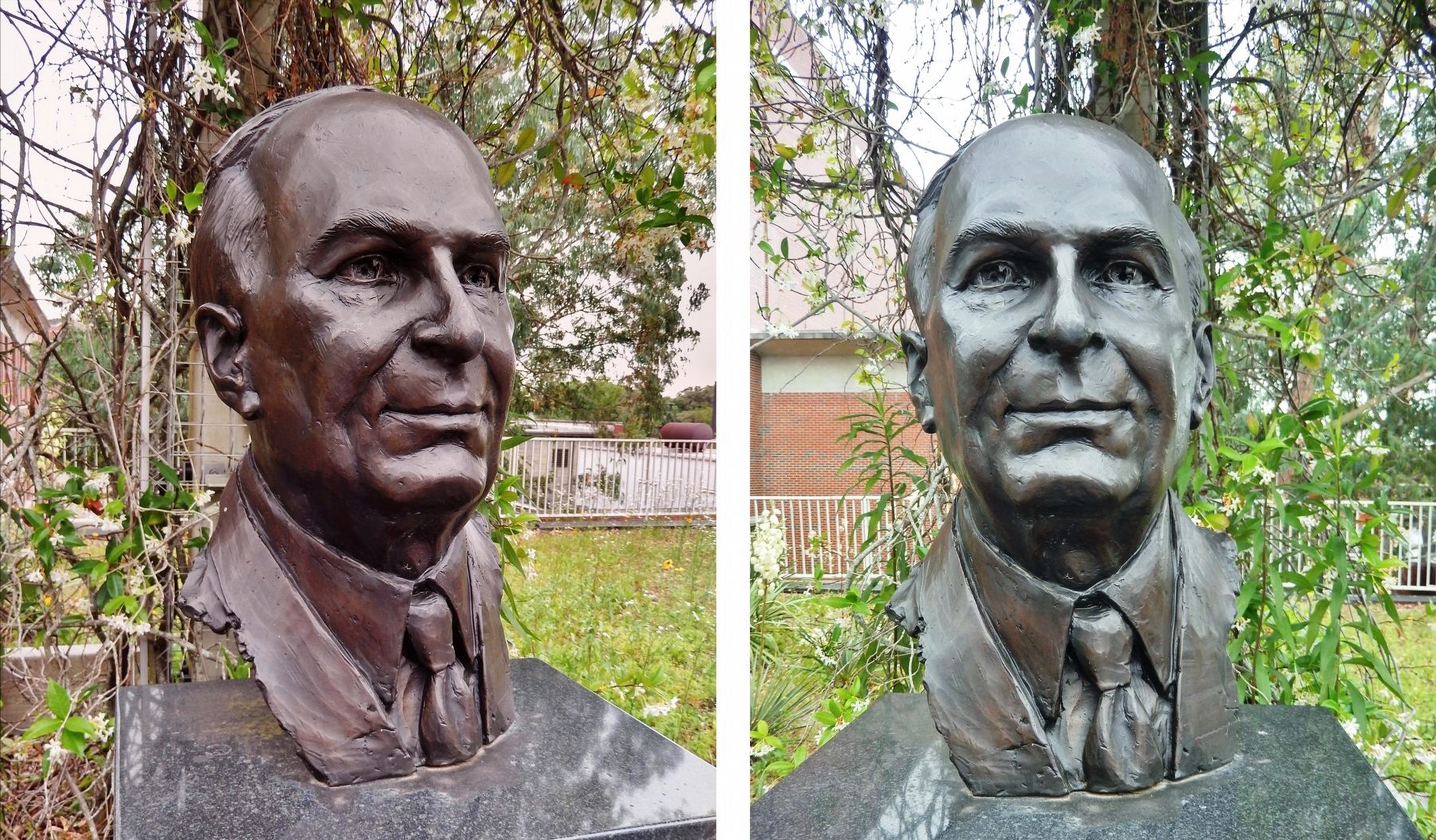