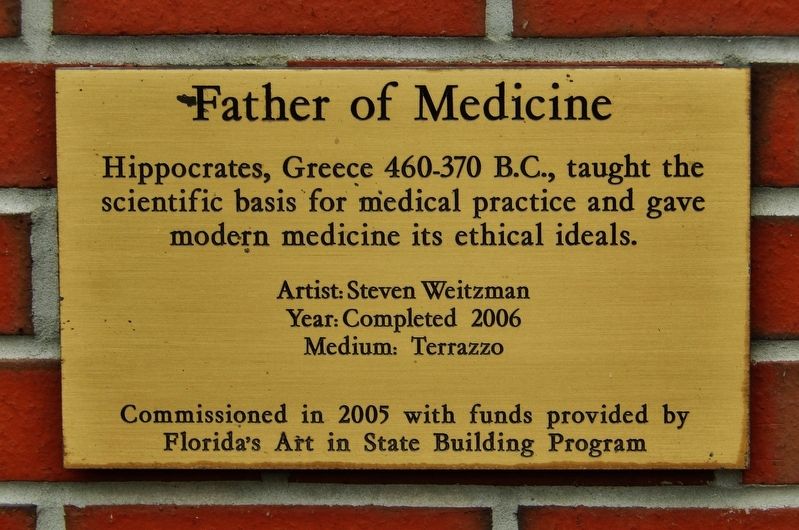 Topics. This historical marker is listed in these topic lists: Arts, Letters, Music • Science & Medicine. A significant historical year for this entry is 2006.

Location. 30° 26.718′ N, 84° 18.31′ W. Marker is in Tallahassee, Florida, in Leon County. Marker can be reached from West Call Street east of Stadium Drive, on the right when traveling east. Marker is mounted beneath the Hippocrates terrazzo mural on the north side of the Florida State University Medical School Research Building. Touch for map. Marker is at or near this postal address: 1115 West Call Street, Tallahassee FL 32304, United States of America. Touch for directions. 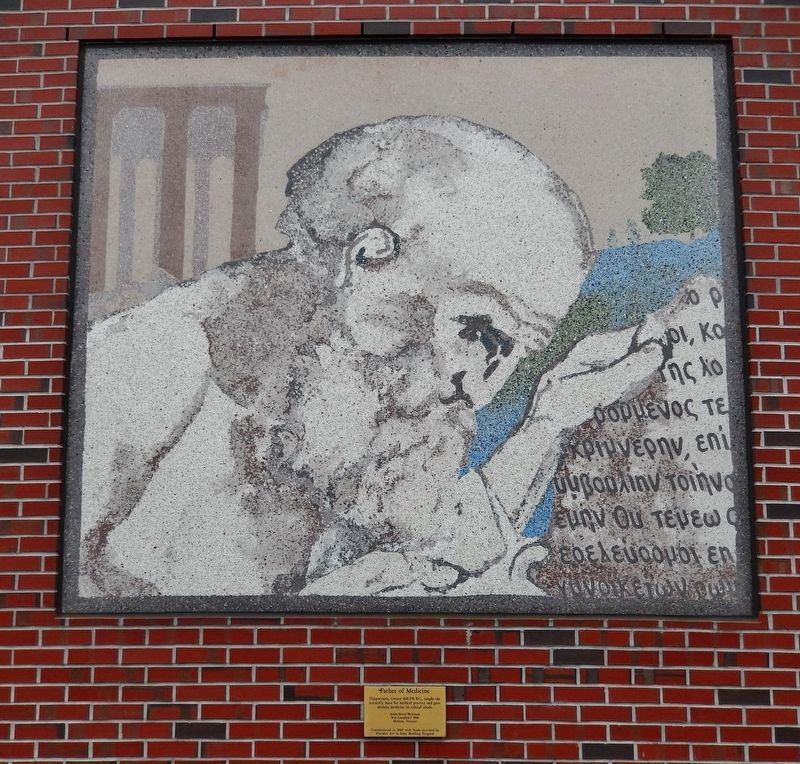 Also see . . .  Hippocrates (Wikipedia). Hippocrates of Kos was a Greek physician of the Age of Pericles (Classical Greece), who is considered one of the most outstanding figures in the history of medicine. He is traditionally referred to as the "Father of Medicine" in recognition of his lasting contributions to the field, such as the use of prognosis and clinical observation and the systematic categorization of diseases. The Hippocratic school of medicine revolutionized ancient Greek medicine, establishing it as a discipline distinct from other fields with which it had traditionally been associated, thus establishing medicine as a profession. (Submitted on May 24, 2021, by Cosmos Mariner of Cape Canaveral, Florida.) 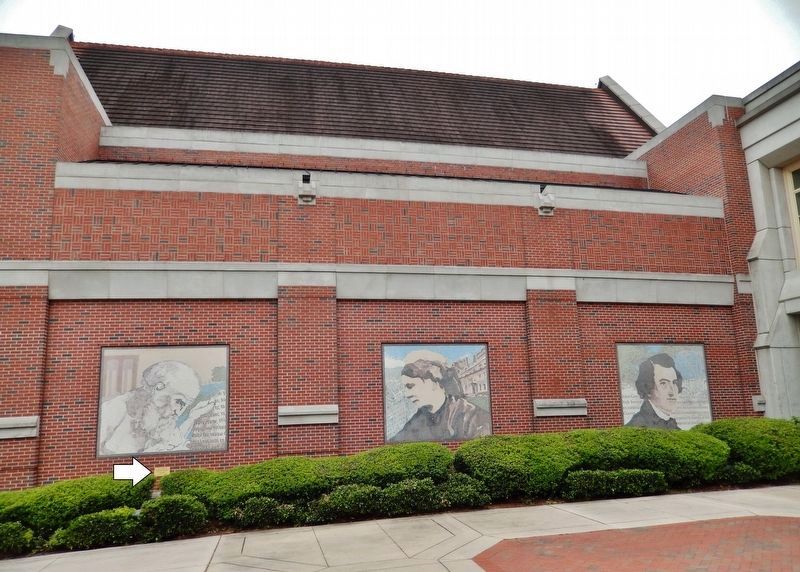