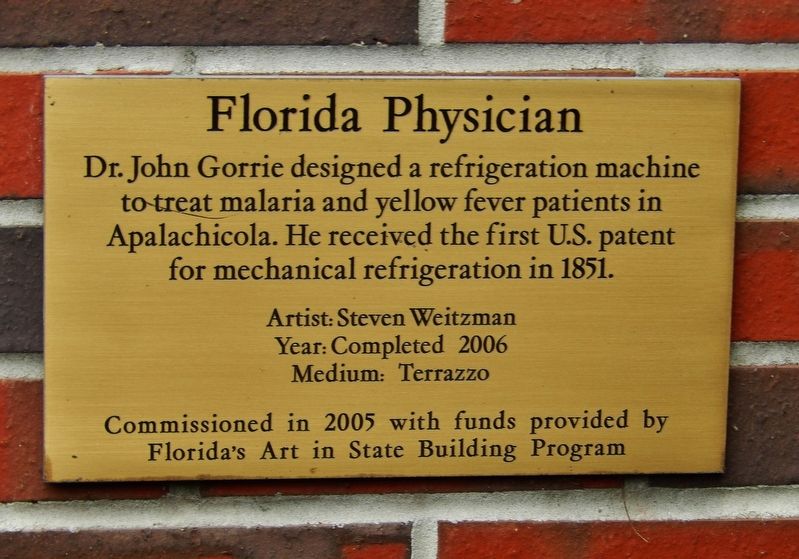 Photographed By Cosmos Mariner, May 2, 2021
1. Dr. John Gorrie Marker
Inscription.
Dr. John Gorrie designed a refrigeration machine to treat malaria and yellow fever patients in Apalachicola. He received the first U.S. patent for mechanical refrigeration in 1851.
Artist: Steven Weitzman Year: Completed 2006 Medium: Terrazzo, Commissioned in 2005 with funds provided by Florida’s Art in State Building Program. . This historical marker was erected in 2006 by Florida's Art in State Building Program. It is in Tallahassee in Leon County Florida

Topics. This historical marker is listed in these topic lists: Arts, Letters, Music • Science & Medicine. A significant historical year for this entry is 1851.

Location. 30° 26.721′ N, 84° 18.32′ W. Marker is in Tallahassee, Florida, in Leon County. Marker can be reached from West Call Street east of Stadium Drive, on the right when traveling east. Marker is mounted beneath the Dr. John Gorrie terrazzo mural on the north side of the Florida State University Medical School Research Building. Touch for map. Marker is at or near this postal address: 1115 West Call Street, Tallahassee FL 32304, United States of America. Touch for directions.

Other nearby markers. At least 8 other markers are within walking distance of this marker. Elizabeth Blackwell (a few steps from this marker); Hippocrates (a few 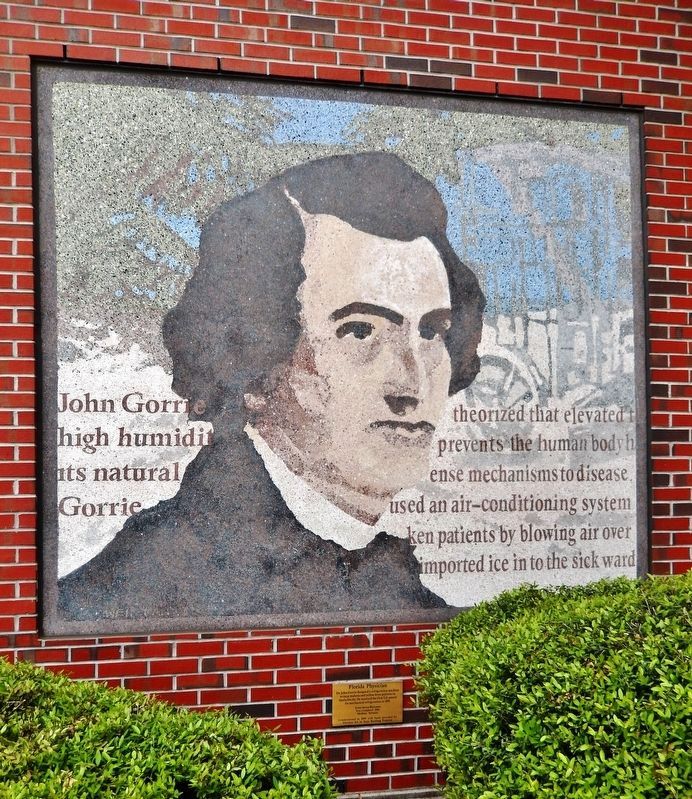 Also see . . .
1. John Gorrie, M.D. • Inventor, Humanitarian, Physician. Gorrie’s invention began with an attempt to cure Yellow Fever during an outbreak in Apalachicola in 1841. Convinced that cold was a healer, he advocated the use of ice to cool sickrooms and reduce fever. Ice was shipped by boat from northern lakes until Gorrie’s successful experimentations with the rapid expansion of gases to create refrigeration. The state of Florida honored Gorrie as a notable person in Florida’s history by donating the statue of John Gorrie to the National Statuary Hall collection located in the United States Capitol Building. (Submitted on May 24, 2021, by Cosmos Mariner of Cape Canaveral, Florida.) 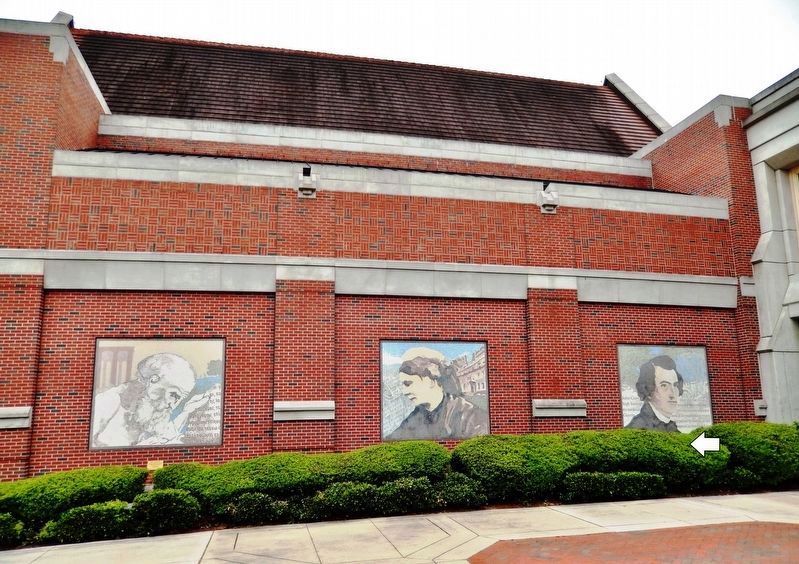