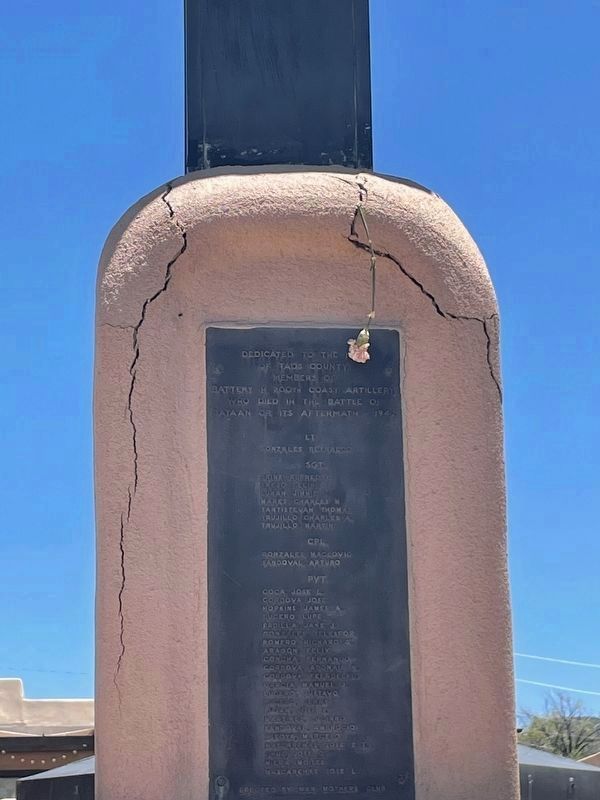 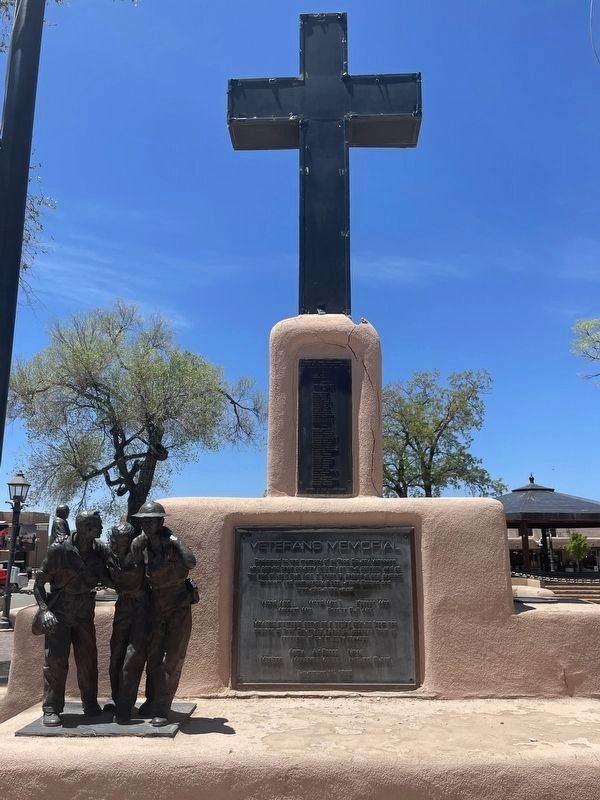 Photographed By Desi Becker, May 24, 2021
2. Battle of Bataan Memorial

Click or scan to see
this page online
W. Marker is in Taos, New Mexico, in Taos County. Memorial is at the intersection of East Plaza and South Plaza, on the left when traveling north on East Plaza. Touch for map. Marker is in this post office area: Taos NM 87571, United States of America. Touch for directions. 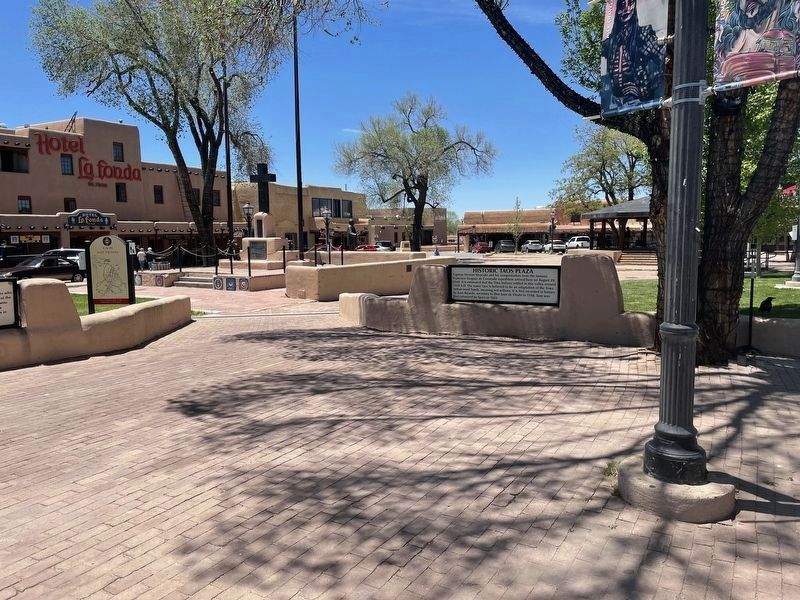