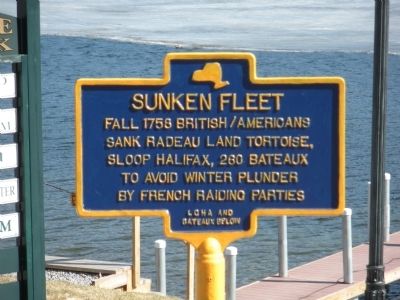 Erected by Lake George Historical Association and Bateaux Below, Incorporated.

Location. 43° 25.55′ N, 73° 42.667′ W. Marker is in Lake George, New York, in Warren County. Marker is on Lower Amherst Street near U.S. 9, on the right when traveling east. Lower Amherst Street is towards the north end of Lake George Village and if headed north on Canada Street (US Route 9), it is a right hand turn towards the lake down a small hill. Touch for map. Marker is in this post office area: Lake George NY 12845, United States of America. Touch for directions. 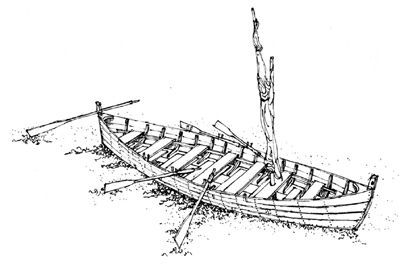 via MUA, unknown
2. Drawing of a colonial bateau (Image by Mark Peckham; courtesy of Bateaux Below, Inc.).
The Search for Underwater Sites from the French and Indian War website entry
Click for more information.

More about this marker. The marker is located behind the former Warren County Court House by the lake and Mayor Blaise Walkway.

Regarding Sunken Fleet. This is one of several markers in the area related to the Sunken Fleet and the maritime history of Lake George. 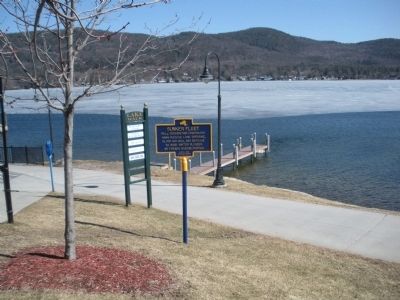 Photographed By John Farrell, March 24, 2009
3. Sunken Fleet Marker
Looking east across the frozen surface of Lake George. The Wiawaka Bateaux Cluster is at the far side of the lake and to the left in this picture. 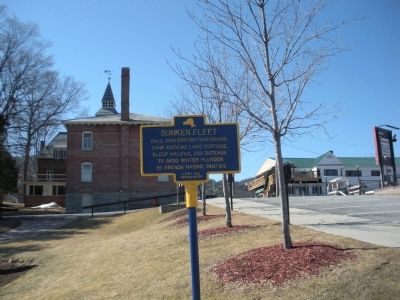